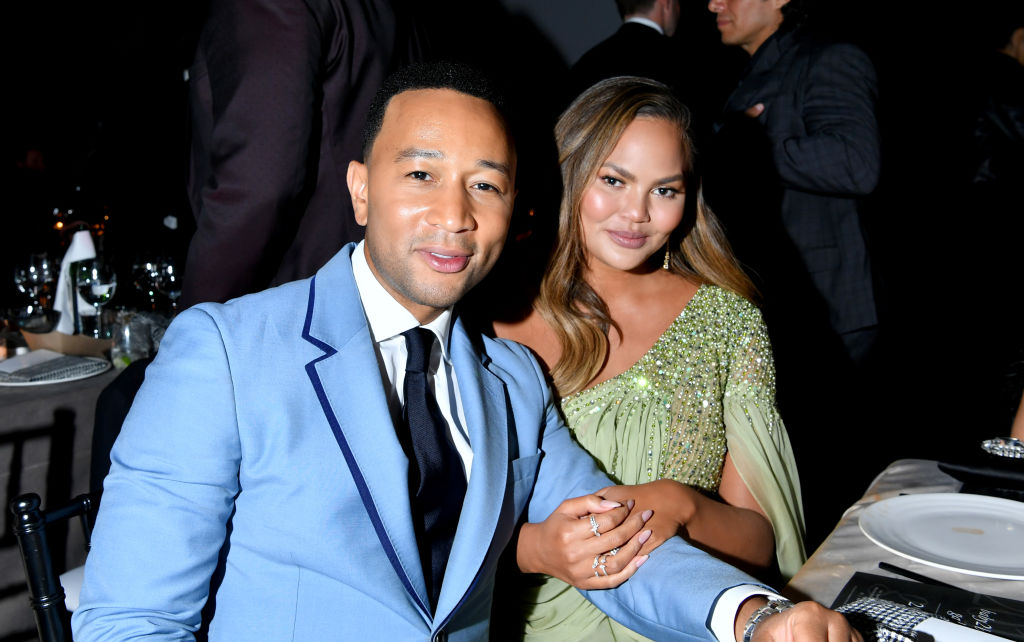 Chrissy Teigen is pregnant with her third child, but unlike the first two, she's having a little bit of difficulty with this one. Hence, she was called to undergo a bed rest for two weeks.

However, the model did not listen, overestimating the fact that her two pregnancies before were quite easy peasy.

Teigen was placed on a two-week bed rest earlier this month, but she admitted that she misconstrued that instruction. It sounded as if it was not deliberate, though.

"I didn't really know that bed rest was in bed. I honestly thought bed rest was you have to really, really relax, stay home," Teigen shared on her Instagram Story, via Page Six. "I thought it could be couch rest. But now I'm in trouble. Now I need bed rest."

John Legend's wife said that she's navigating her third pregnancy by eating as healthy as possible at present. She also clarified that she is very happy to be pregnant despite this third one being tougher than the first two. The model then joked that this might be her karma for thinking pregnancy was easy.

"It's a bit of a difficult pregnancy. I feel good though," she added. "I will say I'm probably being punished for talking so much about how great the first two went. I was like, 'Oh yeah, pregnancy's awesome!' But now I get it. I get anyone that thinks it's not so awesome but very happy to be carrying this baby."

For what it's worth, Chriss previoulsy shared that she got botox to help her deal with really bad pregnancy headaches. She shared how bad the headaches can be, so she was thrilled that she was cleared to do neck muscle botox.

After the botox, she is now doing other treatments such as taking beta-blocker shots and radio wave frequency treatments because her pregnancy is truly something this time.

Botox is usually known for treating fine lines and wrinkles, but it turns out that it can do so much more. The drug, made from a toxin produced by the bacterium Clostridium botulinum, can possibly treat headaches by weakening or paralyzing specific muscles. Certain nerves can also be blocked from acting out. If these are blocked or weakened, then the head can stop throbbing.

Given Teigen's purpose for using it, then it can be presumed safe for pregnant ladies.

While Teigen admitted to getting a botox treatment while pregnant, it did not bring hate comments from trolls as initially expected. Because she was open in sharing, fans instead were compelled to ask more questions about the treatment.

One fan asked if she can get botox for regular headaches and not pregnancy headaches, and the model gladly replied.

Teigen shared that jaw botox helped her a lot with regular headaches. She also recommended botox behind the brow for full-on migraines. The soon-to-be mother of three swore by the treatment and claimed it to be life-changing.

Chrissy's pregancy sure looks difficult, and it must have not helped that they she and John Legend were not expecting it.

Earlier this month, a source told People magazine that Teigen and Legend did not feel the need to be overly cautious with their intimate moments because they never thought the model would become pregnant in the natural way. After all, her first two babies were conceived through in-vitro fertilization.

They was open about the procedures, but becoming pregnant for the third time was certainly "a little quarantine surprise."