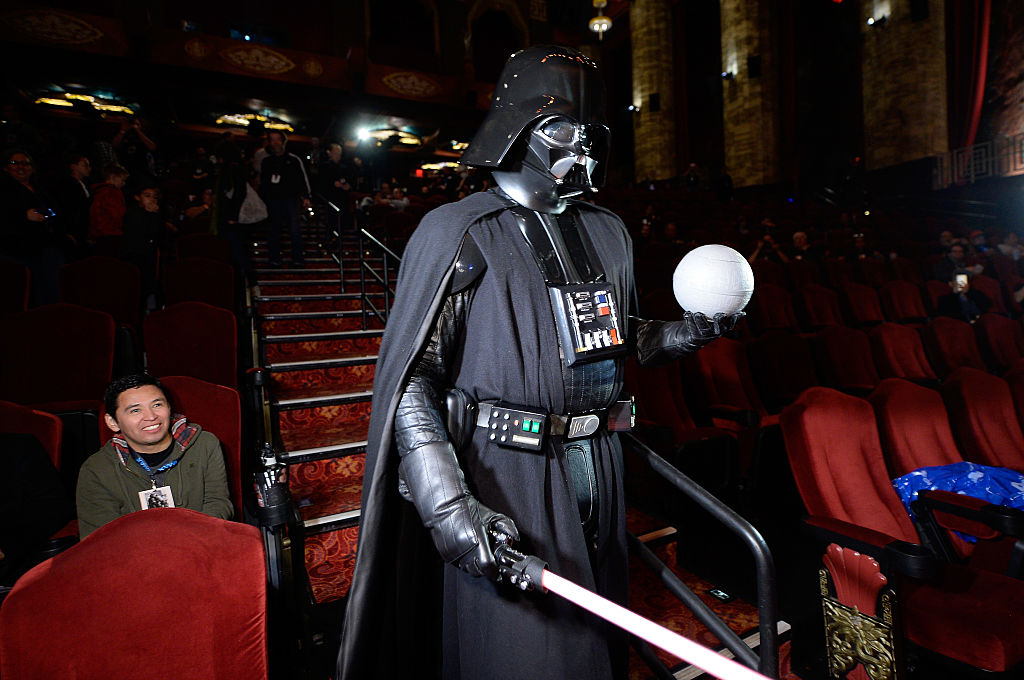 COVID-10 has truly affected the livelihoods of people in more ways than one. Even actors and actresses are not excluded from that. For instance, Darth Vader actor Spencer Wilding is now thinking of returning to his old cleaning job as acting opportunities dry up.

Not that there's anything wrong with cleaning windows, but it cannot be denied that the pandemic is truly turning people's lives upside down.

The man behind the iconic mask of Darth Vader in Star Wars Rogue One admitted that getting an acting job today is a struggle, per the Daily Star.

If this goes on, Wilding knows his money will dry up soon as well. As a result, he is thinking of a survival plan, which involves going back to his old window cleaning job. The Hollywood Hunk said that COVID-19 certainly wrecked the movie industry.

Even so, he can still joke and be optimistic about his situation: "I'm not above all that," Wilding explained. "I don't feel I would be lowering myself if I went back to cleaning windows."

For what it's worth though, he's specifically thinking of having his own window cleaning company that his children can take over one day.

"I have two teenage sons, as well as a 27-year-old daughter, and it would be good to set up a company for them to take over one day."

Apart from his iconic role in the "Star Wars" franchise, Wilding has also had roles in "Harry Potter," "Guardians of the Galaxy," and "Game of Thrones." It is apparent that he is perfect for fantasy and sci-fi themed movies and television shows, probably because of his hunky and strong physique.

Hollywood Getting Back Up?

Wilding might have spoken too soon, though. The film industry is starting to show signs of life after all, with movie productions interrupted a few months ago returning already.

However, according to the New York Times, this is not something to rejoice about since there is a possibility that the audience would not even follow suit.

The paper cited a research done on Americans about their willingness to return to the theaters with a wide array of safety procedures. The study found that majority are still apprehensive.

Still, there's no cause to be very pessimistic now. Even if the movies are attended by only half of the people, this can one day make the industry thrive once more -- as opposed to just waiting out the pandemic. Maybe moviegoing will be changed forever, but the value of movies would not disappear overnight.

Movies might be placed more and more on streaming and on-demand services while actors have to shoot in closed spaces without going home for months -- but these are just the new ways to cope.

According to recent research, the window cleaning industry stands to thrive in this pandemic. Window cleaners can disinfect a whole lot of cities if they are commissioned, and there is already a clamor for them to do so.