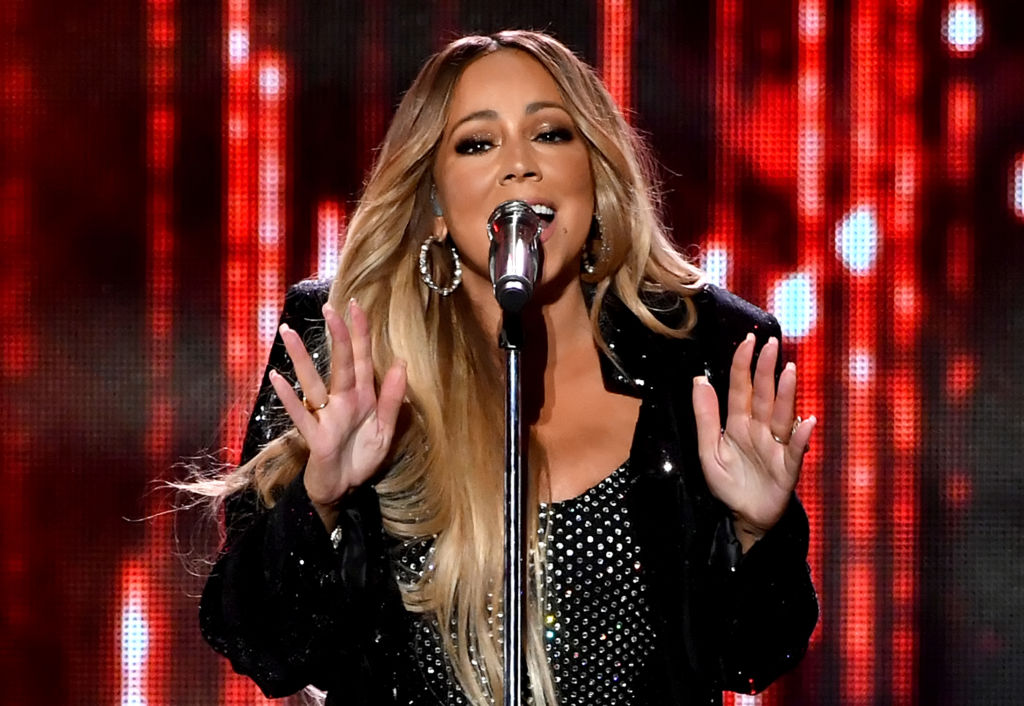 Mariah Carey is ready to reveal her deepest darkest secrets through her memoir, "The Meaning of Mariah Carey."

Set to debut this September 29, the upcoming book will delve into her struggles during her childhood and how she became the superstar diva that she is today.

Aside from this, the tell-all book will also discuss her controversial marriages to Tommy Mottola and Nick Cannon.

Maria Carey "Worried" Memoir Might Cause Friction With Her Ex-Husbands

According to Hollywood Life, the Grammy Award winner is reportedly "worried" that her biography will "upset" her ex-husbands, particularly the music mogul Mottola.

"Mariah has a lot of nerves about the book coming out, she's extremely candid so she does worry about certain people being upset by what she reveals," a source revealed to the outlet. "She wrote about everything that made her who she is, including her marriage to Tommy Mottola."

It's no secret that the "Heartbreaker" songstress and the music executive producer had a tumultuous marriage.

The two met in 1988 when the then-18-year-old Mariah was a restaurant hostess in New York.

Their relationship blossomed, and later on tied the knot in June 1993 in a ceremony modeled after Princess Diana and Prince Charles' royal wedding.

It was the songbird supreme's first marriage, while it was Mottola's second.

Unfortunately, her dreams turned into a nightmare after Carey ended her eight-year marriage with Sony's former CEO due to their abusive relationship.

In her previous interview with Cosmopolitan, Mariah recalled feeling like a "prisoner" during her marriage with her ex-husband.

"You might want to picture a child bride. It was very ­controlled. There was no freedom for me as a human being. It was almost like being a prisoner," Carey shared.

Despite achieving fame and success in her career, the "Always Be My Baby" hitmaker felt "miserable" at that time.

"No one saw me on the honeymoon, running down the beach, miserable, crying and alone," she told Business Wire.

On the other hand, Carey did not spare her second husband, Nick Cannon, in her bombshell memoir.

According to Hollywood Life's source, the two are in an amicable relationship and great co-parents to their twins Moroccan and Monroe.

"Mariah and Nick are on great terms because of the kids; it's very important to her that they get along. But she doesn't always see eye to eye with him," the insider revealed.

The source added that the pop diva was surprised the "Wild N' Out" host created their kids' TikTok accounts.

"She didn't make them delete the account but they're not allowed to post on it right now. And when she does let them post again on their own account it will be under strict supervision."

The award-winning singer married the "Drumline" actor in 2008 and welcomed their kids three years later.

Cannon filed for a divorce in 2014, citing that their relationship was no longer growing.