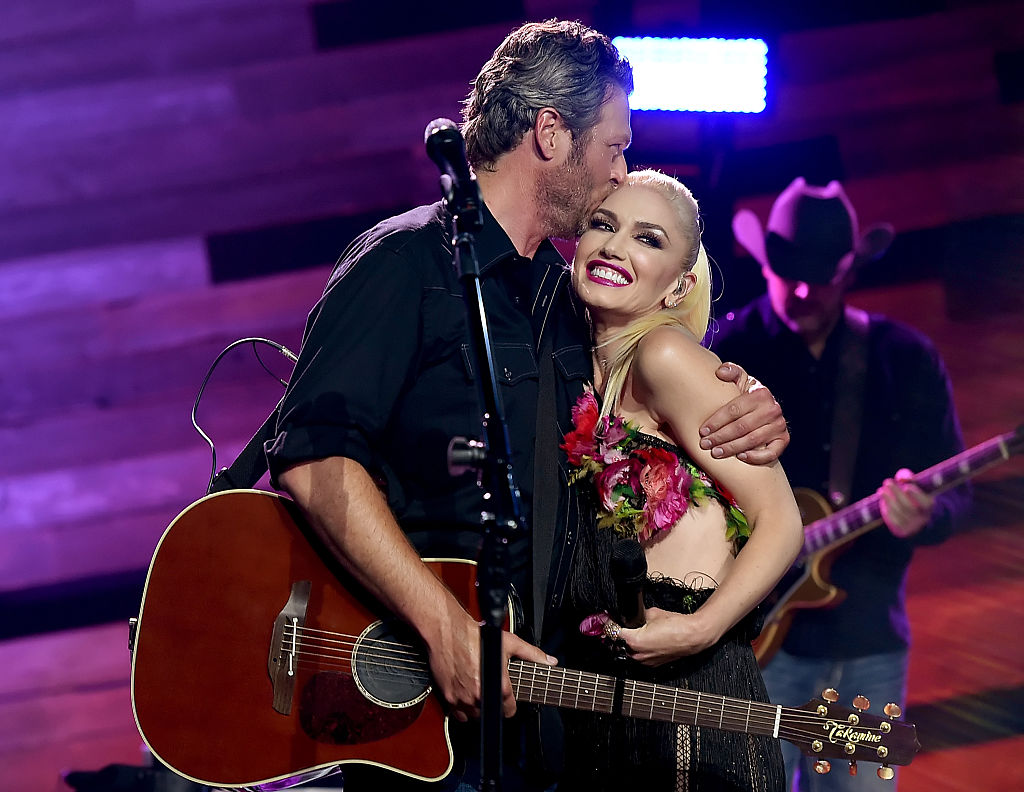 Gwen Stefani sent out a massive message through her latest Instagram photo, although it is quite unclear.

Stefani posted an old picture of her and ex-husband Gavin Rossdale for her fans to see. However, she edited it first and replaced the face of Gavin with Blake Shelton's.

While it is funny, it still begs the question: what is this for? Can she not find anything to post of her and Blake Shelton together? Fans are certainly baffled.

At first, people cannot even discern what was wrong with the picture. It seemed as if the "Hollaback Girl" singer just posted a picture of her and Shelton, looking quite innocent and in love.

However, fans later caught on and realized that it was originally a photo of Stefani and Rossdale.

Fans flooded the comment section after the realization. Some thought it was a cool move -- since Stefani technically implied that she would have rather married Shelton. Meanwhile, others thought it was quite tacky, with one even pointing out that doing it does not necessarily erase the past.

"Although you may try, you cannot erase history or the past." the said follower wrote.

Some said the artist could not fool them because they are true 90s kids.

For those who thought it was a cute joke, seeing Gwen happy makes them happy too -- even if it means shading her ex.

"Gavin is literally out the picture. You and Blake look adorable together. The shade," one fan wrote. Another added: "This is kind of a slap in the face to Gavin lol."

If Rossdale is truly out of the picture, that is well and good. After all, people always hope that they can move on from those who scarred them. But Gwen and Gavin share some kids together, so he's unlikely to disappear from her life.

There is no doubt, however, that Gwen Stefani and Blake Shelton are madly in love. They had been going strong for the last five years, which can be a century in Holywood's timeline. There are also rumors of the two tying the knot soon.

For what it's worth, while serving as a guest host on "Jimmy Kimmel Live!" and interviewing Gwen, Dua Lipa accidentally called Shelton as Stefani's "husband." Interestingly, the 50-year-old singer had a rather interesting response.

"So I heard that you've been spending quarantine with your husband, Blake Shelton, at the ranch in Oklahoma," Lipa said. "Who else was with you? How was that?"

Stefani immediately said that Shelton is not her husband yet, but it sounded cool coming from Lipa's lips. Gwen then giggled, showing that she liked hearing Blake being called her husband even though she never said anything about them having marriage plans. At least not in public.

Stefani once said that Blake is a great dad-like figure to her kids.

Lipa was right, though. The two did stay together during the quarantine period of the COVID-19 pandemic. While it was such a dark time outside, Blake said they were having a blast staying close to each other.

BURBANK, CA - MAY 09: Singers Blake Shelton (L) and Gwen Stefani perform on the Honda Stage at the iHeartRadio Theater on May 9, 2016 in Burbank, California. (Kevin Winter/Getty Images for iHeartMedia)