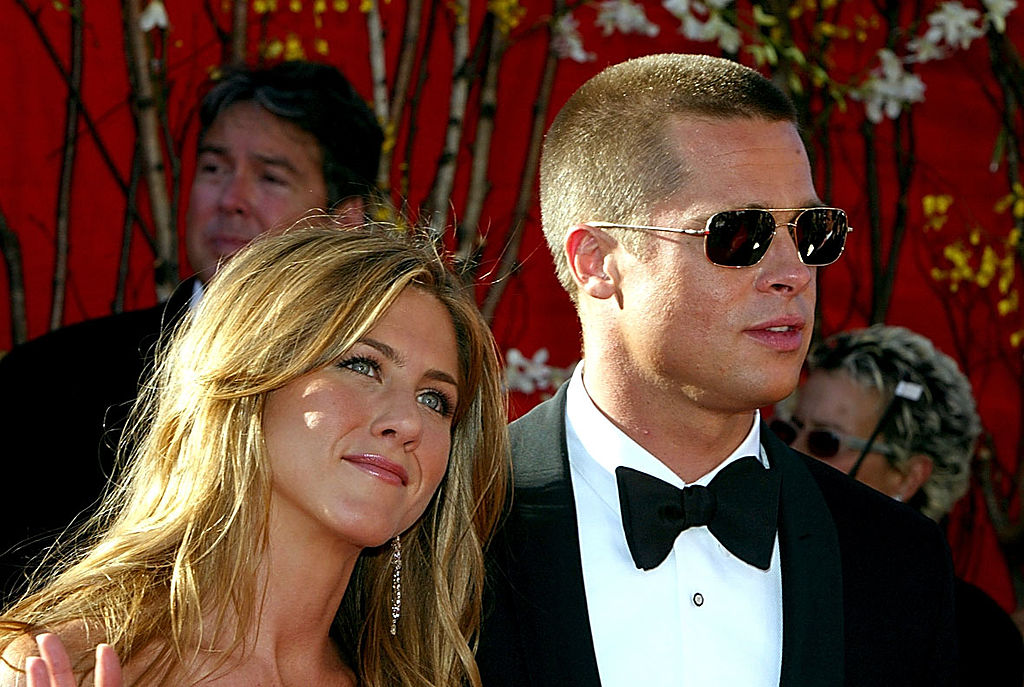 In the middle of all the controversies surrounding their "flirty reunion," a report stated that Brad Pitt and Jennifer Aniston enjoyed their interaction and that they are likely to plan the same for the future.

It appears that whatever bad blood there had been between Brad and Jennifer has totally vanished. The fact that they are willing to work together is a sign enough, and allegedly enjoying it just confirmed that.

"Everyone, including Brad and Jen, had a really good time doing the reading of Fast Times at Ridgemont High and were happy to reunite," a source shared to US Weekly.

"Dane plans to organize more readings like this in the future. ... Brad and Jen's friends and the others involved thought it went really well!"

The two were all smiles during a virtual live table read of "Fast Times at Ridgemont High." It was a charity event hosted by Dane Cook, designed to raise some money for two very different non-profit groups. Apart from Bitt and Aniston, others who took part in the event were Jimmy Kimmel, Morgan Freeman, Shia LaBeouf and many more.

Fans would agree that even though there is already nothing romantic going on between them, given the fact Pitt is allegedly in love with present GF Nicole Poturalski, there is still intense chemistry between the ex-couple.

The source added that the two were complete troopers for the reunion, as if they did not break up back in 2005 after five years of marriage. They just agreed to play their respective roles without qualms and even had fun with it.

Fans swooned like they never swooned for them in the past when they were still together. How can they not when some of the lines thrown by Aniston and Pitt can make any fan of their tandem smile giddily?

"Brad. You know how cute I always thought you were. I think you're so sexy. Will you come to me?" Aniston said to Pitt while smiling sheepishly. This is just one of the examples.

Also, who would have thought that they can still work together and not have bitterness within them? Theirs was a relationship that never truly vanished from the eyes and thoughts of people who always compare Jennifer Aniston to Angelina Jolie.

It can be remembered that Pitt left Aniston for Jolie. Pitt and Jolie also had their fair share of supporters, and everyone thought they would last forever. Unfortunately, the two also divorced.

Pitt is now seeing Poturalski, who can also carry her own against bashers from either Jolie and Aniston's camps.

The two actresses, however, personally no longer care about who Pitt is dating. It is apparent from this reunion that Aniston has already moved on and can now be a genuine co-worker, if not a friend, to Pitt. A source said Angelina does not care who Pitt gets on as long as the relationship would not affect their kids.