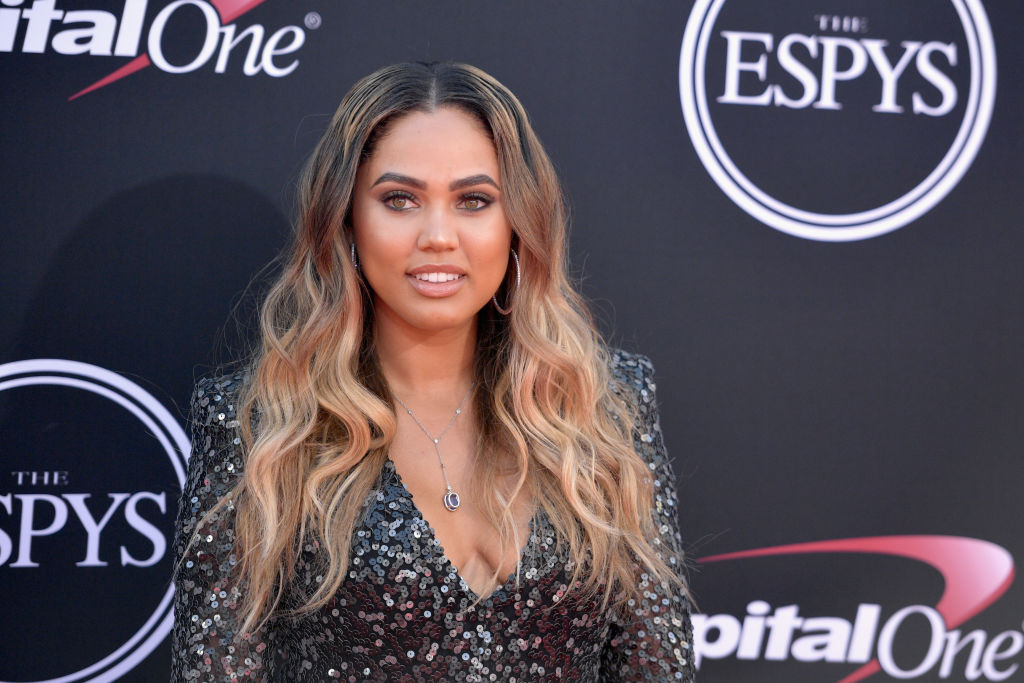 For Ayesha Curry, the expression "blood, sweat, and tears" is not just that, but literally.

The 31-year-old wife of NBA superstar Stephen Curry details one horrifying injury in the kitchen as she made one recipe that is featured in her new cookbook, "The Full Plate: Flavor-Filled, Easy Recipes for Families With No Time and a Lot to Do."

While creating her gnocchi as she emulated the Food Network's "Chopped," Ayesha, whose 28 at that time, said, "We're pulling stuff out of the fridge, and we're cutting away."

The Canadian-American actress remembers, "I literally almost sliced my finger off. It was painful and horrifying."

During that time, it was just her at her parents' house, as Ayesha's husband and kids were at home.

"It was just a huge deep gash," she added, "Everybody was sure I was going to have to get stitches, but I didn't."

Just like how chefs take care of their injuries in the kitchen, Ayesha Curry reveals, "I put a little paper towel, put pressure on the wound, put a Band-Aid, and I kept it moving."

She also revealed she had to change Band-Aids five times that night.

But one thing was for sure; she had to get up, get going, and put a meal on the table.

Expressing her love of food, she reveals that she loves it because "it holds so much nostalgia."

Ayesha Curry has had a couple of cookbooks out, and she even starred in a few cooking TV shows, such as "Ayesha's Home Made Kitchen." She also owns a restaurant and a cookware line.

Ayesha, who shares Riley, Canon, and Ryan with Stephen Curry, encouraged parents to cook with their kids.

Speaking to "Good Morning America" to promote her new cookbook,  Ayesha reflected the type of meals she makes at home to feed her family, despite having a pretty full plate.

"I really encourage people to cook with their kids, cause one, you're building memories. Two, they're getting those basic kitchen skills, and three, they'll be more apt to try whatever it is they're making."

Mrs. Stephen Curry recently detailed what she eats in a day after losing 35 pounds while in quarantine.

In a new video for Harper's Bazaar, the cookbook author went through her daily step-by-step routine, starting her day with a cup of coffee, switching up the usual cup of Joe by adding coconut oil, MCT oil, and grass-fed butter.

According to Ayesha Curry, she sometimes practices intermittent fasting.

"If I'm eating breakfast, which is usually on the weekends, I love a good smoked salmon scramble." It's something that I put in the first cookbook that I still eat to this day."

The kitchen queen admitted that most days are not the same in their busy household.

Aside from her coffee, Ayesha sips on hot water throughout the day.

Her go-to mid-day meal is an arugula or spinach salad and a protein shake. For snacks, she reaches for some banana chips, carrots, or cucumbers.

For dinner, Ayesha typically enjoys oxtail rice and peas, and sometimes would treat herself to a good cocktail.

READ MORE: Vanessa Bryant Kicked Mom Out of the House After Kobe's Death?