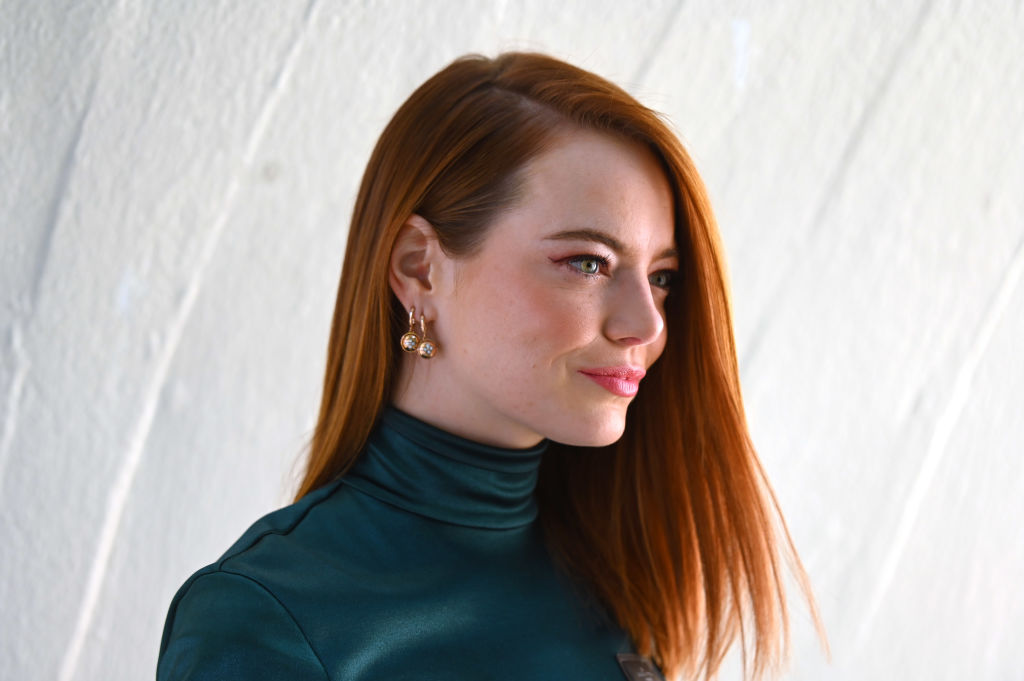 Earlier this week, the "La La Land" star and the comedian were photographed with matching rings that resemble a wedding band.

It came after the couple was spotted doing errands in Los Angeles. Stone was donning a casual look with a white long-sleeved shirt with loose-fitting beige overalls paired with Birkenstock sandals and a white baseball cap.

McCarry, on the other hand, was sporting a white printed T-shirt and black pants.

This is not the first time that the "Zombieland" actress sparked wedding rumors, though.

In May, eagle-eyed fans were convinced that the 31-year-old Hollywood star got married in a secret ceremony during the quarantine after they spotted Stone wearing a gold band on her ring finger during her interview with Reese Witherspoon's "Hello Sunshine" YouTube channel.

The speculation came after the notoriously private couple announced their engagement on social media with a sweet selfie last December.

On McCarry's Instagram account, he posted a photo of the soon-to-be bride with a wide smile while wearing her pearl engagement ring made by Tokyo-based designer Kataoka.

The duo reportedly planned their wedding in March 2020, but it was postponed due to the global pandemic. Or was it?

Aside from the wedding rumors, Stone is believed to be pregnant with her first child.

As cited by The Daily Mail, Malibu-based jewelry designer Tova Malibu claimed that the Golden Globe Award winner is expecting a baby.

"So Emma Stone just walked by my house... and she has a little baby bump... I guess she's been getting cozy in quarantine - remember you heard it here first," she wrote alongside a photo of Stone wearing black biker shorts and a raglan sleeve shirt walking along the neighborhood with her fiance.

Not only that, but In Touch Weekly also claimed that the "Easy A" actress is indeed pregnant.

"It seemed clear to me-she had a bump," a source revealed to the outlet. "She was with her fiancé and looked so happy. At one point, she put her hand on her back. It looked like the type of thing someone who's pregnant would do, for sure."

Stone and McCarry met on the set of "Saturday Night Live" in 2016 when she performed in a sketch titled "Wells for Boys" that her now-fiance directed.

In January 2019, the couple made their relationship official after they appeared on the red carpet during the Screen Actors Guild Awards.

In her previous interview, Emma Stone mentioned that her outlook in life changed as she got older.

Moreover, Emma shared that she is not rushing to get pregnant as she wanted to enjoy things at the moment.

"It's less thinking about the next 10 years and what needs to happen and just sort of relaxing into what will be instead of trying to control the outcome."