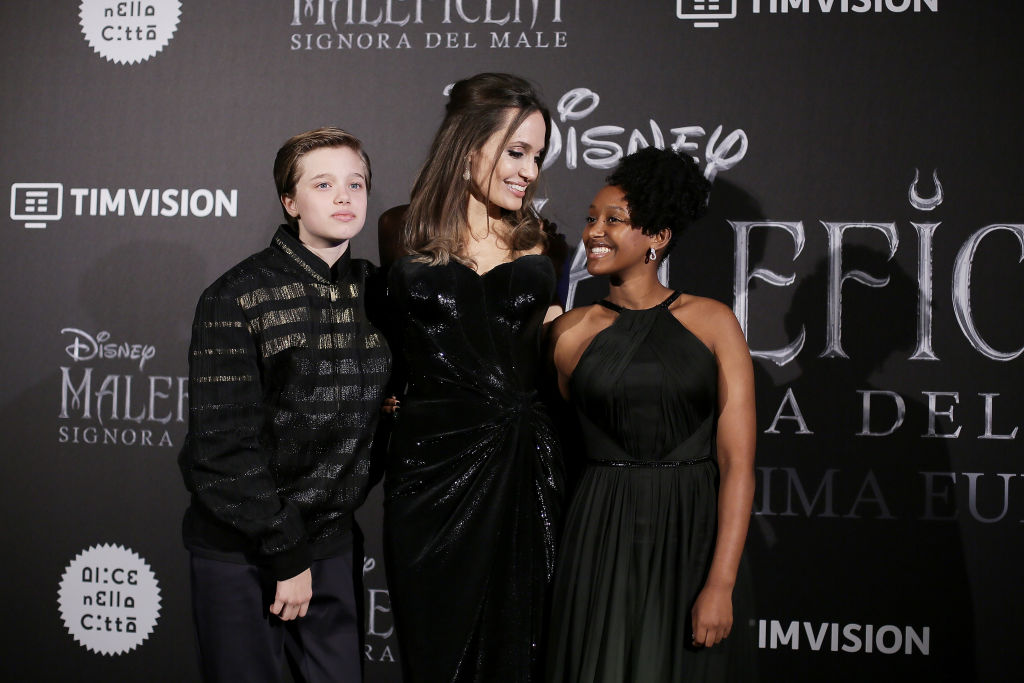 The first biological daughter of Brad Pitt and Angelina Jolie, 14-year-old Shiloh Jolie-Pitt, is really different from her siblings.

From an early age, it has been reported that she always felt like a boy and even wanted her to be called John.

Back then, there were rumors that she was preparing for hormone therapy.

Recently, Shiloh was spotted with her mom, Angelina Jolie, and her siblings, Zahara and Vivienne, as they went shopping at Target.

It drew even more attention to the teenager because she started to look more feminine during that time but in the past month, when she was spotted.

Many have already assumed that she was on her way to transforming into a boy, but could there be a change of heart?

According to different reports, Brad Pitt and Angelina Jolie supported Shiloh in her period of self-determination. They even offered her an experiment, one week to live in the form of a boy, and another, a girl, to better understand herself.

But since Brad Pitt is out of the picture most of the time, did Shiloh suddenly want to become a girl? And less like a boy because Angelina said so?

Shiloh was already defying expectations of who and what she wants to be at a very young age.

In an interview with Oprah in 2008, her dad, Brad Pitt, opened up about raising their first biological daughter, saying, "She only wants to be called John. John or Peter. It's a 'Peter Pan' thing."

In 2010, Angelina revealed to Vanity Fair that Shiloh started exploring her sexuality since she was three years old.

"She wants to be a boy. So we had to cut her hair. She likes to wear boy clothes. She thinks she's one of her brothers," the "Maleficent" actress said.

In early this year, Shiloh had to go under surgery but not for what many have thought.

The "Tomb Raider" star wrote for the Time in honor of the international day, revealing that two of her daughters went under the knife for hip surgery.

"I have spent the last two months in and out of surgeries with my eldest daughter Zahara, and days ago watched her younger sister Shiloh go under the knife for hip surgery."

Brad Pitt and Angelina Jolie have been in a bitter custody battle for years, but luckily, Shiloh has not been separated from her siblings as they stay with their mom.

"All the kids are home with Angelina, but they have continued seeing Brad and go over for their regular visits," a source told E! News in August.

Shiloh Jolie-Pitt's street style earned her a massive following among LGBTQ+ kids. She raised the bar on queer dressing.

But it's her red carpet looks that have scored herself some serious style points.

Instead of gowns and dresses, Shiloh goes for suits, similar to what her dad wore. Though formalwear is very difficult to pull off, Shiloh was able to carry outfits effortlessly.

READ MORE: Kaia Gerber, Jacob Elordi Take Their Relationship to the Next Level