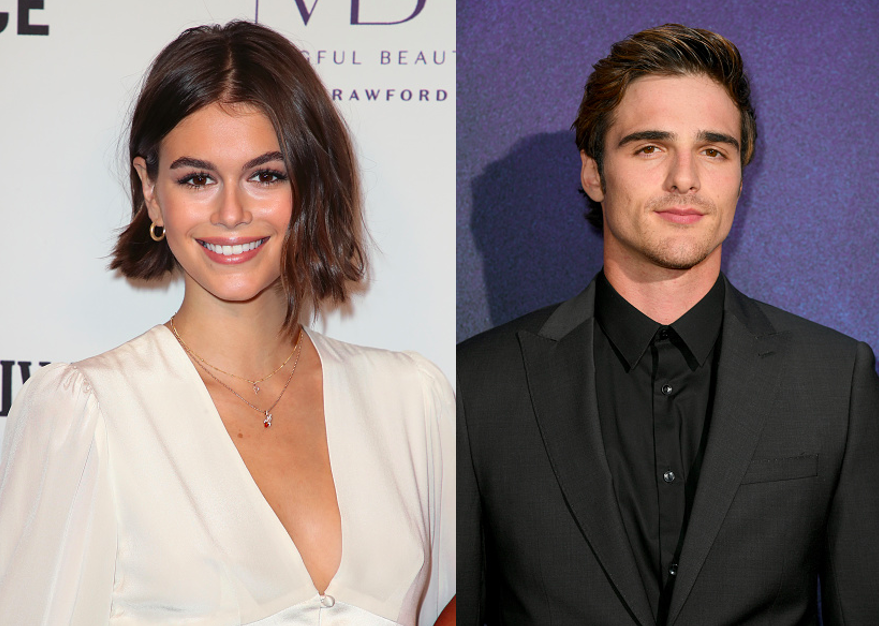 Kaia Gerber and Jacob Elordi are getting serious.

This past weekend, the rumored couple has reached a new milestone in their budding relationship, which is vacationing with the parents.

Kaia and Jacob were photographed on a getaway with the model's parents, Cindy Crawford and Rande Gerber, in Los Cabos, Mexico.

They were seen lounging under the sun in their swimsuits at an upscale resort.

An insider told E! News, "The two have been hanging out at a beach club where they were holding hands and making out."

"They look very happy together, always smiling and pulling each other in close. They seem very into each other and are having a good time."

The insider added, "He is never not by her side and holding her close."

E! News' insider noted that the couple didn't hold back in packing on the PDA in front of Kaia Gerber's parents.

Describing their poolside hangout, the insider said, "Kaia and Jacob swam to a corner of the pool and wrapped their arms around each other and kissed."

"They are comfortable around Cindy and Rande too, and are not shy about showing affection."

But does Cindy Crawford and Rande Gerber like Jacob Elordi?

E! News' tipster said that "they seem to really like Jacob."

"They have been having dinner together and always end up laughing."

"The four of them hang out, but they also spend time as couples alone."

Kaia Gerber and Jacob Elordi were first spotted out to dinner together in early September in Malibu.

At that time, an E! News source said that their relationship was strictly platonic, despite the "Euphoria" actor had an interest in dating the catwalk queen.

The pair met each other through friends and had known each other for a while. They even hung out many times in the past.

Kaia Gerber and Jacob Elordi get on well because they both have chill personalities and similar interests.

As more pictures of the couple surface, it is apparent that they have something going on.

"They've been inseparable for the last several weeks. They've been going out to dinner at night and working out together at the gym during the day," a source told E! News.

The two have yet to confirm they're dating or not publicly.

Before, another tipster revealed that Kaia kept things friendly, but there was "flirtation" between her and Jacob.

"She has told friends she is single and is only having fun and hanging out with people."

Meanwhile, though Jacob didn't address the dating rumors, he stressed that he is a "human being" in an Instagram Story.

Apparently, the Australian actor misses his family, who lives on the other side of the globe.

Writing on his Instagram, he said, "They live in a space of constant anxiety when I am away from them, as do I in the reverse..."

"If you find it difficult to make your way through the day, I get it, life is heavy. I implore you when you feel like this to try a little kindness, pay it forward, and I promise it will find its way back to you."