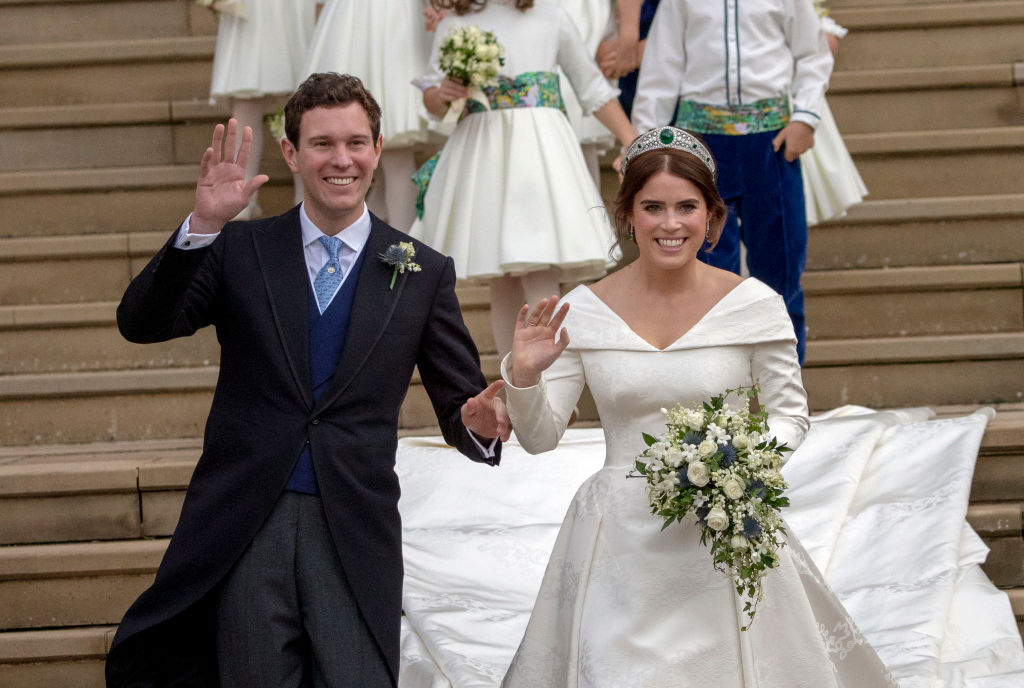 The United Kingdom is now rejoicing as the Royal Family announced that a new royal baby is coming on the way.

On Friday, the British Royal Family confirmed that Princess Eugenie and her husband, Jack Brooksbank, are already expecting their first child. The Buckingham Palace shared the good news through a recent Instagram post.

"Her Royal Highness Princess Eugenie and Mr. Jack Brooksbank are very pleased to announce that they are expecting a baby in early 2021," the announcement reads, alongside the 2018 wedding photo of the couple.

"The Duke of York and Sarah, Duchess of York, Mr. and Mrs. George Brooksbank, The Queen and The Duke of Edinburgh are delighted with the news."

The 30-year-old Princess marked this milestone by sharing an adorable photo of a newborn's pair of socks.

"Jack and I are so excited for early 2021," Princess Eugenie wrote, followed by a baby emoji.

While the couple has yet to confirm the gender of the incoming royal baby, fans are convinced that the soon-to-be mom and dad are having a baby boy due to the baby boy emoji that they used on the caption.

View this post on Instagram
Her Royal Highness Princess Eugenie and Mr Jack Brooksbank are very pleased to announce that they are expecting a baby in early 2021. . The Duke of York and Sarah, Duchess of York, Mr and Mrs George Brooksbank, The Queen and The Duke of Edinburgh are delighted with the news. . The couple on their wedding day in October 2018. A post shared by  The Royal Family (@theroyalfamily) on Sep 25, 2020 at 1:17am PDT

Princess Eugenie's mother, Sarah Ferguson, could not help but get emotional as she extends her congratulatory to the couple.

Speaking to the "Daily Mail," the Duchess of York gushed over the fact that she will soon be a grandmother.

"I am so excited by the news that Eugenie and Jack are expecting their first child. Thrilled for them both and in my 60th year cannot wait to be a grandmother," the 60-year-old estranged wife of Prince Andrew said.

"Welcoming a new baby into the York family is going to be a moment of profound joy," she added.

Did you know that Princess Eugenie, just like any expecting royal, will have to go through an excruciating royal protocol when she already gives birth?

The minute Princess Eugenie welcomes her son or daughter, Queen Elizabeth II must be the first to know. Prince William took this rule very seriously that he had to use an encrypted phone to let the monarch know when Prince George was born.

Of course, the news will quickly travel through royal aides. But the staff are subjected to absolute secrecy and had to remain quiet as soon as the official announcement was in place.

Meanwhile, when it comes to the actual birth, royals are only allowed to give birth at Buckingham Palace. But Princess Diana was the first to break it, followed by Kate Middleton and Meghan Markle, who all gave birth in a hospital.

Fathers are also not supposed to be in the delivery room. But the modern royal somehow changed the rule as Prince Charles, Prince William, and Prince Harry were all besides their wives when their children were born.