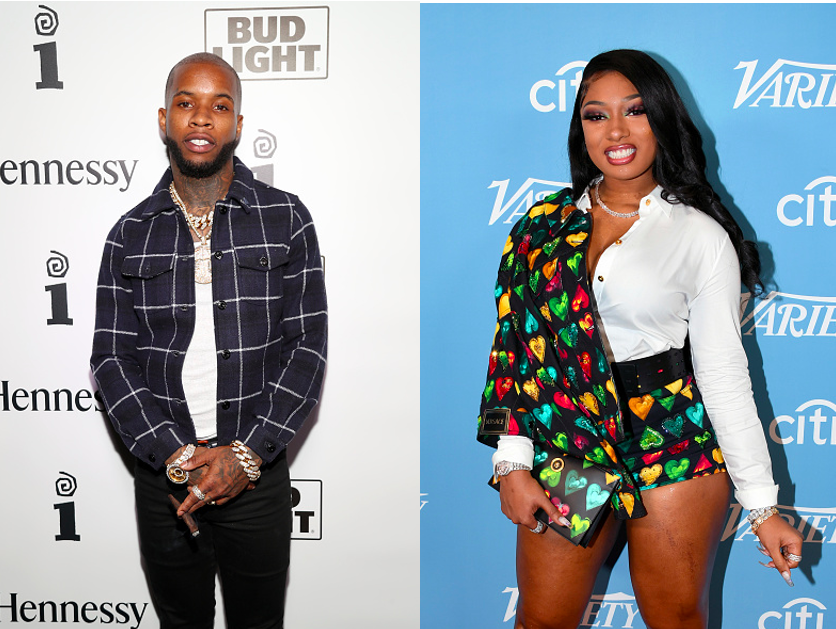 Rapper Tory Lanez has recently broken his silence about the shooting incident with Megan Thee Stallion.

Megan accused Tory of shooting her in the foot in an unknown incident that happened in July.

Recently, Tory dropped an album "Daystar" with 17 tracks, and there was a song that addressed the shooting incident and its fault out.

On Thursday, Tory, whose real name is Daystar Peterson, took to Twitter to tease his public comeback after a month of silence.

On Friday morning, he also returned to Instagram to promote his album.

He shared a picture to his 10 million followers with the caption, "There is a time to stay silent. And a time to speak. I said all I could say in this."

Tory opened his album with a diss song that is said to be for Megan. It's titled "Money Over Fallouts," addressing allegations and claiming as he raps, "I ain't do it," and alleges, "Megan('s) people trying to frame me for shooting."

In the song, the Canadian-born musician repeatedly refers to a relationship with the "WAP" hitmaker.

"I love you hard / I'm still down to renegotiate the unity / My heart is some foolery."

He also claimed that Megan Thee Stallion, whose real name is Megan Pete, has tried to ruin him with her accusations.

"Look at how you doing me / People try to ruin me / And what's even worse is I'm still thinking about you and me."

More than a month after she was shot in the feet at a party in Hollywood Hills, Megan said on Thursday night that it was her fellow rapper Tory Lanez that pulled the trigger.

The 25-year-old rapper said in an Instagram Live video in August, "Yes, Tory shot me. You shot me, and you got your publicist and your people going to these blogs lying."

According to the Associated Press, nobody from Tory's camp has responded to requests from comment.

Megan claimed that she didn't tell the police what happened on the scene on July 12 because she was scared of the legalities and was afraid for her safety.

The pair were leaving a party at Kylie Jenner's house when he allegedly shot Megan in the feet.

When police arrived, she told them she stepped on broken glass instead.

Later, Tory Lanez was charged with carrying a concealed weapon and is scheduled to appear in court on October 13 after posting bail of $35,000.

Fellow musicians Kehlani, Jojo, Chance the Rapper, and Hollywood stars Halle Berry and Michael B Jordan came out in support of Megan The Stallion since the shooting.