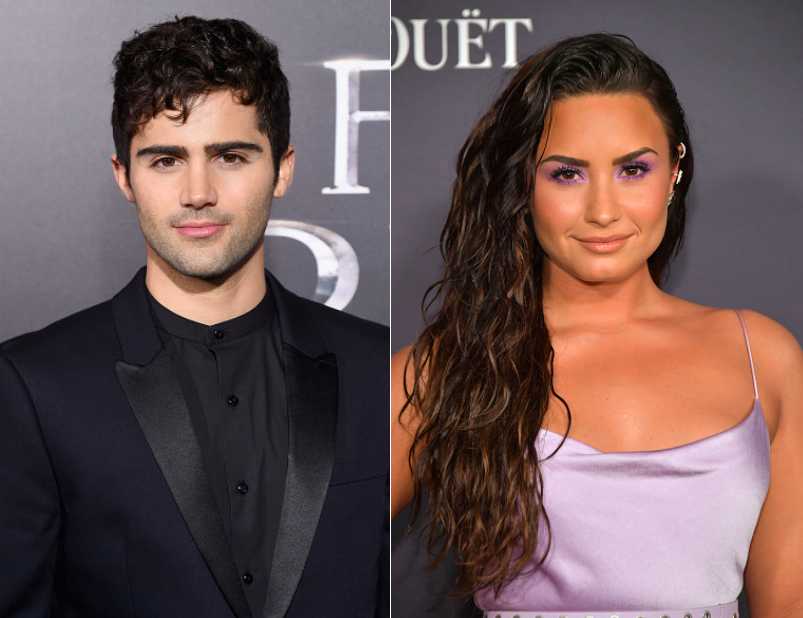 Demi Lovato and Max Ehrich called off their quarantine romance and wedding two days ago.

However, it seems like Lovato was the one who initiated the split.

Writing to his Instagram Stories on Saturday, the soap opera actor wrote, "Imagine finding out about the status of your relationship through a tabloid."

Max Ehrich has unfollowed Demi Lovato and deleted all the pictures from his Instagram account. In addition, he posted these stories! pic.twitter.com/hyT46SVzxQ — Soulvato (@thesoulfuldemi) September 26, 2020

"While you're in the middle of filming a biopic movie about a Pastor in a Christian Church whose intention of the film is to help people," Ehrich added in another post.

The actor ended the story with another Instagram Story that said, "God bless."

People magazine broke the news that on Thursday, Demi Lovato and Max Ehrich have called it quits, ending their two-month engagement.

A source told the outlet, "It was a tough decision to go their separate ways to focus on their respective careers."

"They have respect and love for one another and will always cherish the time they spent together."

Demi Lovato and Max Ehrich have been together since March of this year, and in July, they announced their engagement, just about four months of them dating.

Since going public with their romance, the couple hasn't been shy to gush about each other in social media and during interviews.

By April, as they quarantined together because of the coronavirus pandemic, sources revealed that they were getting really serious.

They were even featured in Justin Bieber and Ariana Grande's new song, "Stuck With U" music video.

From then on, Lovato and Ehrich continued to flaunt their romance on social media.

In September, in a recent appearance on "The Morning Mash Up," the Disney alum explained how entering a relationship with the actor was in the middle of the pandemic and how it impacted their closeness and growth.

She added, "I was like, 'Look, we're quarantining together cause I love you.'"

The quarantine period has been said to have tested their dating journey and relationship, which, at that time, passed with flying colors.

Lovato further explained, "We were able to share this time that we wouldn't have normally gotten to spend."

"And that accelerated our relationship on a level that you can't really explain to people, but quarantine either makes or breaks the deal. And it really made that."

Just before they publicly celebrated their six-month anniversary, Ehrich's old tweets started circulating on social media, professing his love for Selena Gomez, Ariana Grande, and Miley Cyrus. In his posts, he disparages Lovato.

Elle reported that Ehrich previously confessed his long-standing crush on Gomez and, at one point, even expressed that he wanted to marry the "Wizards of Waverly Place" star.

Less than two weeks ago, the "Camp Rock" star took to social to combat the rumors and wrote that the circulating tweets are fake.

Since then, fans of Lovato and these former Disney stars have questioned Max Ehrich's intentions with the "Stone Cold" singer.