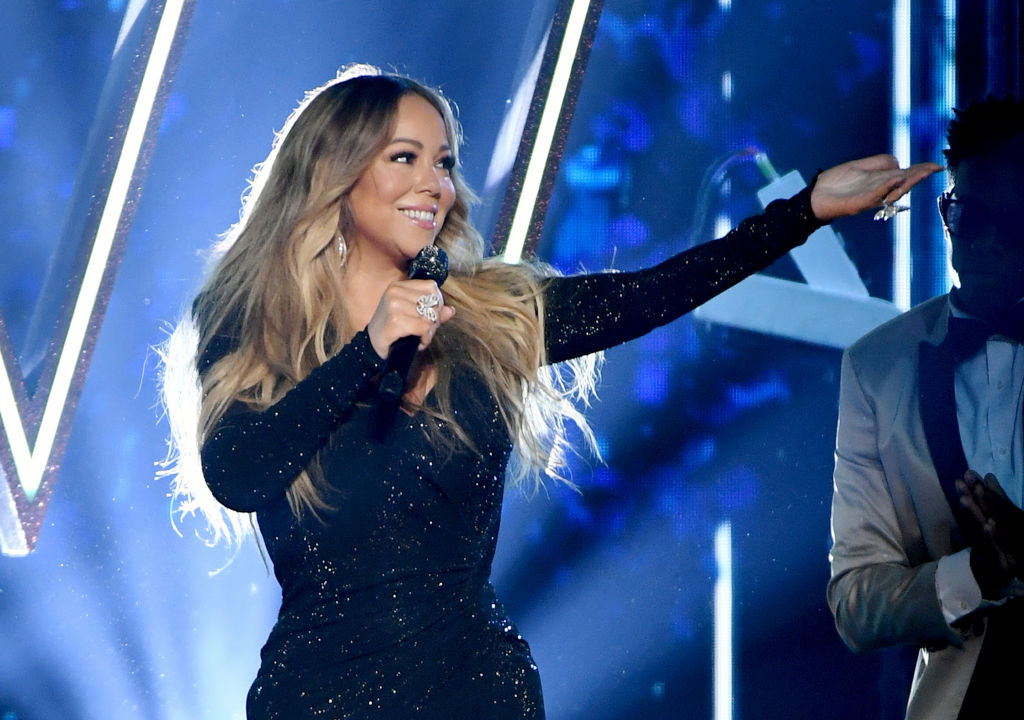 After three-long decades in the music industry, Mariah Carey has not only shaped the music trend of the late-90s, but her life has also become an open book to the public. Just when fans thought that they knew all about the pop star all these years, Mariah drops a major career secret she kept for the past 25 years.

While promoting for her much-awaited memoir, the 50-year-old singer shared some things readers could look forward to "The Meaning of Mariah Carey." Just recently, she personally leaked a life-long secret that nobody has expected.

In a Twitter post, the "We Belong Together" hitmaker revealed that she previously worked on an alternative rock album back in 1995. It was during the height of her popularity and while working on some of her best-selling songs like "Fantasy" and "One Sweet Day."

Mariah shared that nobody knew that she was involved in the said album where she wrote, produced, and sang some of the songs.

"Fun fact: I did an alternative album while I was making Daydream... Just for laughs, but it got me through some dark days," Mariah wrote alongside a teaser clip of one of the songs she created.

"Here's a little of what I wrote about it in #TheMeaningOfMariahCarey," she added.

Mariah also took the opportunity to thank a friend who willingly helped her disguise as the leader of the band.

"S/O to my friend Clarissa who performs the lead w/ me as a hidden layer #Chick #TMOMC" Mariah noted.

Fun fact: I did an alternative album while I was making Daydream Just for laughs, but it got me through some dark days. Here's a little of what I wrote about it in #TheMeaningOfMariahCarey  S/O to my friend Clarissa who performs the lead w/ me as a hidden layer #Chick #TMOMC pic.twitter.com/Re23t5whcd — Mariah Carey (@MariahCarey) September 27, 2020

The singer's fans immediately went on sleuthing mode and discovered that the song was part of the album "Someone's Ugly Daughter," from a band called "Chick."

Meanwhile, a source revealed that the pop icon's friend and former roommate Clarissa did the vocals of the song, while Mariah sang in the background.

In the preview pages of her upcoming book, Mariah explained that she decided to venture into a whole new different type of music to "break free."

"I was playing with the style of the breezy-grunge, punk-light white female singers who were popular at that time. You know the ones who seemed to be so carefree with their feelings and their image," Mariah wrote.

"They could be angry, angsty, and messy, with old shoes, wrinkled slips, and unruly eyebrows, while every move I made was so calculated and manicured. I wanted to break free, let loose, and express my misery-but I also wanted to laugh," she added.

Meanwhile, die-hard Mariah Carey fans are encouraging the pop star to release the whole album. They believe that this could take the pop icon's career to a whole new level and be the "Queen of Alternative Music."

"Maybe you should release this alternative album too my kween we'd love to hear it," one fan wrote.

"Is it in the vault somewhere? You're my all-time fave singer, no one else comes close, even though alt/rock is my fave genre...so I know I'm not the only Lamb who would love to hear it someday!" another one added.