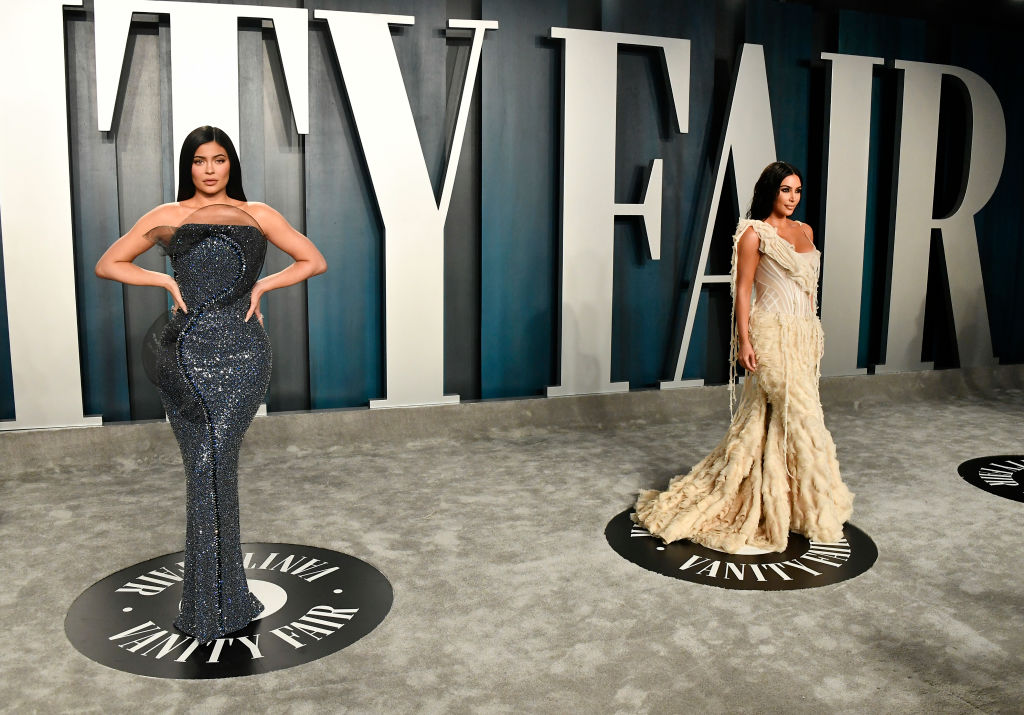 Uh-oh! A "Keeping Up With The Kardashians" drama just unfolded right into our faces. It is after Kim Kardashian and Kylie Jenner had a quick Instagram feud because of an epic throwback photo.

On Friday, Kim Kardashian took to Instagram to take a trip down memory lane. The victim for her latest flashback mood was no other than her younger sisters, Khloe, Kendall, and Kylie.

The 39-year-old "SKIMS" founder shared an epic throwback photo of herself and her siblings, where they are all completely unrecognizable at first glance.

"Babies at Benihana." Kim wrote alongside the photo, which appears to be taken during circa 2008 or 2009. The photo also looks like it was taken while the group is hanging around a restaurant, although their eldest sister, Kourtney, is obviously missing in action.

In the photo, Kim looks glamorous as usual, sporting a black top and stealing the spotlight with her honey-colored hair. She is seated next to the now 36-year-old Khloe, who rocks some beach waves paired with a berry pink lip. What made the photo nostalgic is the silver digital camera in front of Khloe, which is very rare to find now during the smartphone era.

Kendall and Kylie, on the other hand, looks very young. The now "Victoria's Secret" model posed at the back of Kim and Khloe, flashing a sweet smile, while the pre-teen Kylie wears a purple shirt and rocked the 2000s hit side-swept bangs. Kylie's natural freckles shine through with her almost bare face.

The famous Kardashian-Jenner clan was just starting to make noise when the photo was taken years after "Keeping Up With The Kardashians" debut on E! In 2007.

While the throwback photo captured the hearts of its more than 3.1 million likers, it looks like someone in the shot is not pleased with a sudden visit from her old self.

The 23-year-old Kylie immediately let Kim know about how she felt about the photo, and it looks like the young billionaire is not happy, or rather, embarrassed to see the old version of her.

"Delete this, immediately," Kylie commented. To which, Kim replied: "Should I Diddy crop you out?"

Kim refers to the epic 2017 Met Gala photo of her and Kendall with rapper Sean "Diddy" Combs and other rappers. The "I Need A Girl" hitmaker shamelessly cropped Kylie and Kendall from the group when he posted the photo on his social media accounts.

Kylie's hilarious comment lead fans to flood Kim's comment section. Besides emphasizing how the siblings look different nowadays, some could not help but laugh at Kim's low-key way of outshining her sisters.

"Kim knows she looks good, but her sisters (laugh emoji). That's why she posted it," one fan commented.

"Kim wanted to shine today," another one added.

Meanwhile, others savagely trolled the Kardashian-Jenner sisters by saying they did not recognize any person in the photo.

One follower quipped: "Who are those people?"

"Why is Kylie acting like we haven't seen her transformation? It's not a secret, girl lol, you can't delete the old season of kuwtk."