Spice Girl star, Melanie Chisholm, has opened up about her inner struggles and unhappiness despite the fame and fortune she had while being part of the successful girl band.

The Daily Mail reports that Melanie C, also known as Sporty Spice, described how she found the lows of fame being "devastatingly hard."

At 20 years old, she was living her childhood dream. Mel C traveled the world with her four bandmates, and the Spice Girls became the fifth-biggest girl band in history.

Despite growing up "confident and ambitious," Melanie Chisholm revealed that it all changed when she became part of the Spice Girls because her looks were scrutinized continuously.

"I was vulnerable, and the tabloids were cruel and heartless."

The British tabloid played a massive part in Mel C pushing herself to the point of illness. She admitted to struggling with an eating disorder and suffering from depression.

"I had everything I'd ever dreamed of and was desperately unhappy. It's often forgotten that people in the public eye are human," she added.

During that time, Chisholm revealed she wasn't at the point to sought help, as she noticed everything around her was doing okay.

"I was ashamed and could see no way out, so I avoided them."

But when "the time came," she immediately sought professional help.

She told The Mirror that her physician's first order of business was to address her depression.

"It was a massive relief to me. I just thought I was going mad, and it had a name, it was something you could be helped with.. recover from."

Later on, Melanie was able to fight her depression with different therapies, medication, and acupuncture. 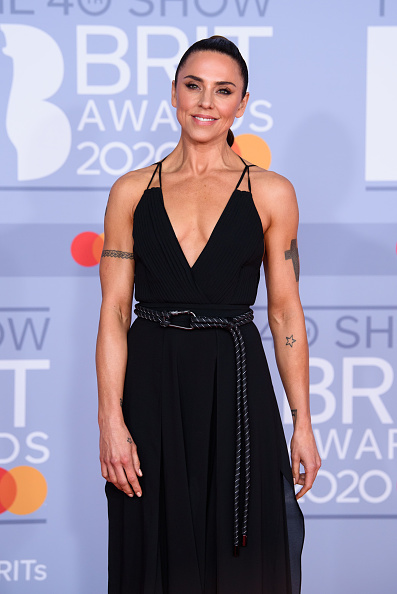 In 2000, the Spice Girls announced their hiatus, which devastated fans around the globe.

Gari Halliwell, known as Ginger Spice, was the first to leave the group, making an abrupt exit on Mel B's birthday.

It was a shock to all of the girls, with Melanie saying, "We were devastated. It was tough and, in all honesty, the beginning of the band."

Though they didn't officially split up, she claimed that each of them was recording their voice tracks separately.

Years later, Mel C has released some albums, while her bandmates also went their separate ways. Chisholm was able to sell over 3 million albums as a solo artist. She continues to perform up to this day and is even a professional DJ.

Mel Brown, known as Scary Spice, became a famous television presenter and a judge on "America's Got Talent" and "The X Factor."

Geri Halliwell released three albums, wrote an autobiography, and became an ambassador for the UN Population Fund in 1999. She also became a judge on several talent shows, created a swimwear line, and released two yoga videos.

Emma Bunton released three solo albums and founded Kit&Kin, a website that sells baby products. She was a judge on several British talent shows and became a radio personality.

Victoria Adams Beckham launched her fashion career and debut as a model. She is still very active in the fashion industry up to this day.

There is also a reported Spice Girls reunion and Chisholm reveals they will be starting in Australia.

Geri Halliwell's brother, Max Halliwell, has passed away at the age of 54; was there foul play involved in his death?

Sources reveal that Victoria Beckham doesn't want to be involved with the upcoming 'Spice Girls' reunion.

Mel C was shocked to learn that her personal belongings and spice girls memorabilia are being sold on an online selling site for a cheap price. The seller claims that the singer had missed her payment for the storage unit where the items were found.

Victoria Beckham recalls her meeting with Beyoncé a few years back. The fashion designer stated that Spice Girls inspired Queen B to be a "proud girl".

Victoria Beckham, also known as Posh Spice in the band Spice Girl, has recently revealed what drove her decision to step away from being part of one of the world's biggest bands in the 90s.

Victoria Beckham's diet of largely fish has come back to haunt her, as he suffered from mercury scare.

Mel C revealed that the Spice Girls are "chipping away" to have Victoria Beckham on tour with the group.

In her candid interview with BBC Radio show "Desert Island Discs," Mel C revealed her "clash" with Victoria Beckham that almost led to her being kicked out of the group.