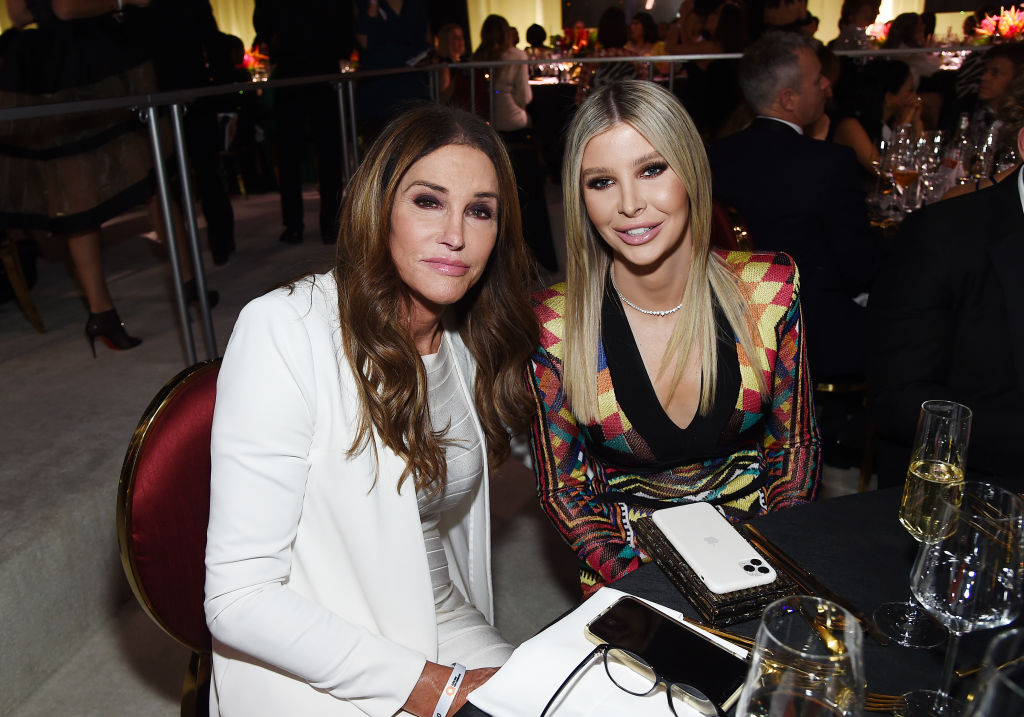 Forget about the idea of having momager Kris Jenner on "The Real Housewives of Beverly Hills," as Caitlyn Jenner is reportedly taking over the spotlight.

Being a part of "Keeping Up With The Kardashians" throughout the years as Bruce Jenner and transitioned to her newfound self, Caitlyn is not new to reality TV shows. To see her in a whole new television series would be a breath of fresh air for the viewers.

According to reports, the 70-year-old TV personality, together with her pal, Sophia Hutchins, is already working on joining Kyle Richards, Dorit Kemsley, Lisa Rinna, Erika Girardi, and Garcelle Beauvais as a "Housewife" on RHOBH.

Sources told TMZ that Sophia recently had a dinner meeting with former Housewives cast Eileen Davidson to talk about the model's possible spot on the show. The duo reportedly talked about Eileen's experience on the show, so the 24-year-old "Lumasol SPF" founder could have a glimpse of what she is getting herself into.

Insiders revealed that Sophia also reached out to the production to secure her spot as the main cast, while her roommate Caitlyn will also have appearances on the show from time-to-time.

According to "Page Six," Caitlyn and Sophia mutually decided to join the reality show, but the former Olympic gold medalist pushed her pal to be one of the main cast. In case Sophia gets it, she will make history as the youngest housewife and first transgender cast member.

Sophia seems to blend in the group of socialites. Aside from being friends with Caitlyn, who knows Harry Hamlin, Sophia is also friends with Lisa Rinna, so they can totally get along on the show.

It is also possible for Sophia to be friends with Kyle Richards as they are both close to Kris Jenner. The 51-year-old housewife may also need a new ally considering Teddi Mellencamp is out her sister Kathy Hilton is not keen on joining the show full-time.

The news of Caitlyn and Sophia joining "The Real Housewives of Beverly Hills" came after Caitlyn's ex-wife, Kris Jenner, debunk rumors that she is also joining the show.

After announcing the end of "Keeping Up With The Kardashians," rumor has it that the 64-year-old momager will continue her reality TV stint by appearing on "The Real Housewives of Beverly Hills."

Speaking to "The Ellen DeGeneres Show," Kris shut down these rumors saying that the show does not need a Kris Jenner.

Kris said that while she would love to join her friends on the iconic show, she does not have enough time to spare for another TV series.

"I would do it once in a while to be with my friend Kyle Richards, but as far as me doing a show like that regularly, I just don't have enough time," Kris explained.

"They do not need a Kris Jenner on that show, they're doing just fine," she added.