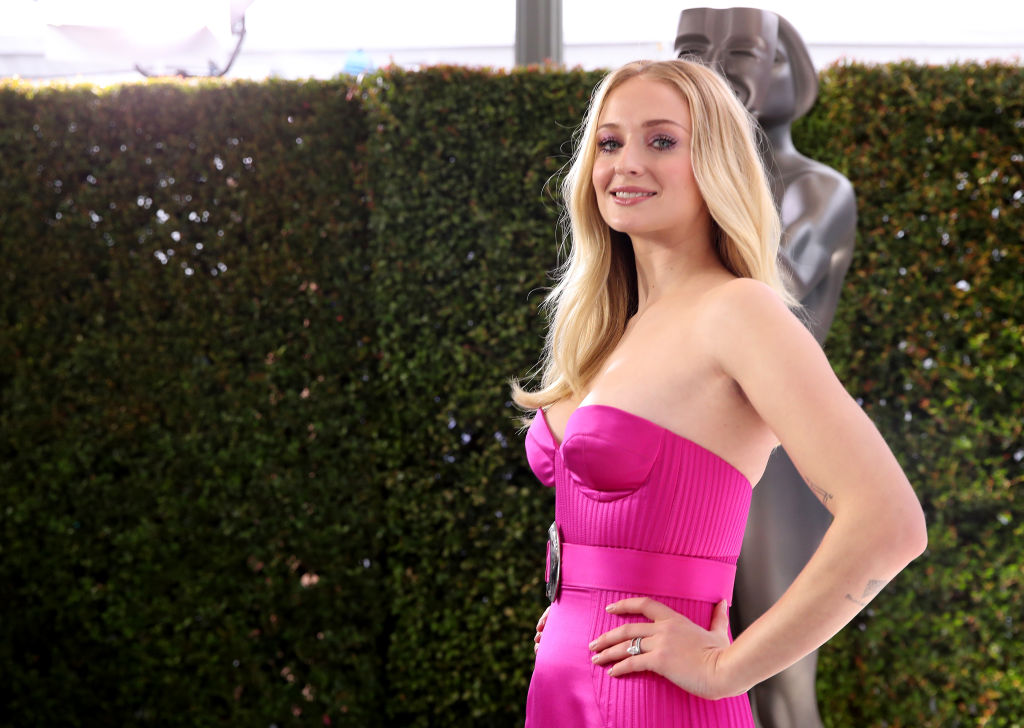 After spending nine months in their private bubble, "Game of Thrones" star, Sophie Turner has now decided to reminisce about her pregnant days and share it with the world.

Over the weekend, the 24-year-old first-time mom took to Instagram to give her 15.2 followers a glimpse of her baby bump in full bloom while she and her husband, Joe Jonas, were expecting their baby.

Sophie Turner first shared a photo of herself getting some vitamin D as she swims on the pool with their pet dog. The second shot feature's Sophie's growing belly covered in stripes button down while the 31-year-old singer appears to be caressing the pajama-clad belly.

On the third photo, Sophie's baby bump was in full display as she sports a two-piece bikini while lounging by the pool. The privacy-notorious couple did not share much detail on each throwback photos as Sophie only captioned everything with a pregnant, heart, and sun emoji.

The couple married for more than a year has never really spoken publicly about the pregnancy and the baby. But a source revealed that they were expecting a baby girl and welcomed their daughter in late July.

Fans seemed to enjoy Sophie's little throwback series as the photos earned massive likes ranging from 1.7 to 3.2 million. Some even expressed how much they love the never-before-seen baby bump shots.

"Everything about this photo makes my heart so warm," one follower wrote.

"I'm so happy for you. You got to enjoy this in privacy," another one added.

Meanwhile, others could not help but demand more photos from Sophie, particularly some snaps of their little bundle of joy.

One fan commented: "Ok, now we have a pic of your baby bump... but we want to see the baby and know her name, please!"

"Does this mean a baby pic is coming soon?" another echoed in.

In a statement to Entertainment Tonight last July, Sophie Turner and Joe Jonas' representative confirmed that the actress already gave birth to a baby girl and named her "Willa."

The source claims that the birth of their first daughter made Sophie and Joe's bond even stronger.

"Although circumstances are different right now because of the [coronavirus] pandemic, Joe was there for the birth of his daughter," the insider said.

"The couple is happy they now have time to spend at home with their daughter and get used to their new life together," the insider added.

When TMZ broke the news that Sophie and Jonas named their baby girl "Willa," fans are quick to go on investigative mode and try to decipher the significance of the name to the couple.

Some suggested that the name has a "Game of Thrones" twist. Sophie Turner was a huge part of the hit HBO series from 2011 to 2019. She played th role of Sansa Stark.

The character named Willa first appeared in GOT Season 5 as a wildling who walks away from home and found herself in Castle Black. Another Willa appeared on the show's final season as a serving girl at Winterfell.