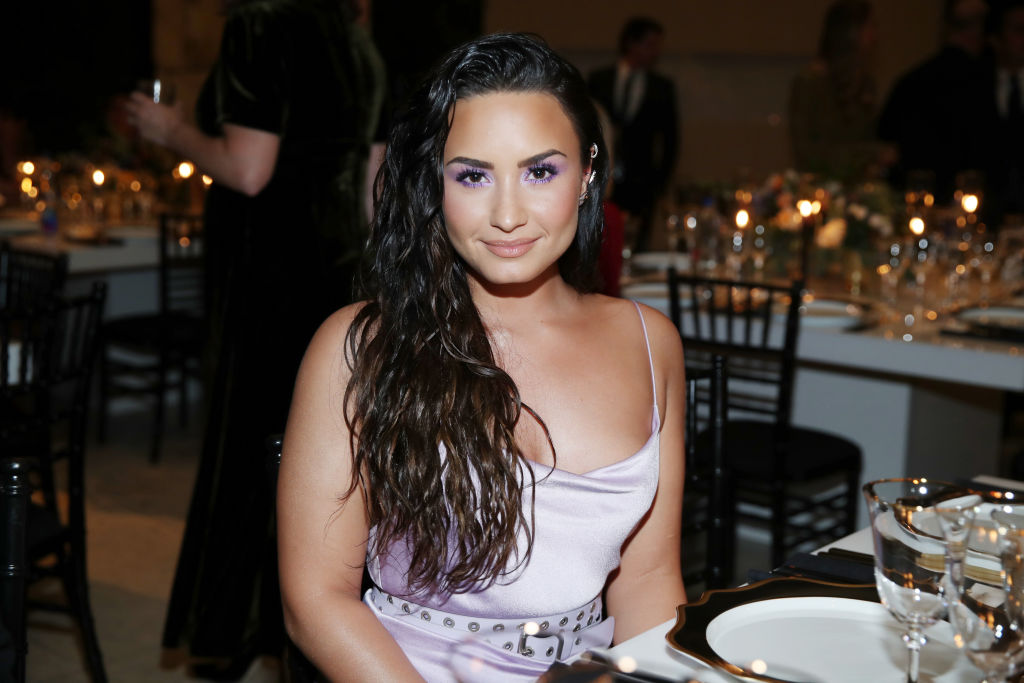 Demi Lovato is seeing the positive side of her breakup from Max Ehrich.

According to a source from Us Weekly, the Disney alum is glad she has called it quits with the actor.

The source added, "She's in a really good place and already jumping right back into work and spending time with friends and family."

Last week, the 28-year-old singer and the "Young and the Restless" actor broke off their two-month engagement after less than five months of dating.

The former flames met in March, and Ehrich spent quarantine at the "I Love Me" singer's home amid the coronavirus pandemic.

Their breakup didn't really come as a shock to everyone, as many think he has bad intentions towards the brunette beauty.

An insider told People magazine that Lovato felt like Ehrich was using her.

"It was very hurtful to Demi when she realized that Max's intentions weren't genuine."

They added, "Breaking off the engagement was not an easy decision."

The "Stone Cold" hitmaker started to believe that her soap opera actor fiancé was trying to "further his career by using her name behind her back."

The source added that Lovato initially struggled to accept Ehrich wasn't who she thought he was, saying, "It was hard for Demi to admit she made a mistake when it came to Max."

At the same time, the "Sonny with a Chance" actress doesn't want anything to do with Ehrich.

An insider revealed, "Demi wants no contact with Max at this point. She is completely embarrassed at the way he's been acting and putting their relationship on blast via social media."

Lovato is said to be completely done and upset that she fell into her ex's trap.

Meanwhile, Max Ehrich is said to be struggling to come to terms with how they ended.

A tipster spoke to Us Weekly and shared that he is "heartbroken," and in a "fragile state."

"He's not responding to friends again. The posts he is making are not painting a picture of who Max really is."

Since this weekend, Ehrich has posted cryptic messages to social media begging for her to reconsider. He alleged a lot of things about his ex.

Ehrich posted several Instagram Stories about his split, claiming that he still hasn't spoken to the "Don't Forget" singer.

The 29-year-old star also posted screenshots of Lovato's songs to launch a campaign for her to win a Grammy.

On his Facebook, he begged Lovato's forgiveness and pleaded, "Forgive me and come back to me please."

On Tuesday, Ehrich posted disturbing messages about Jeffrey Epstein but has since been deleted.

"Jeffrey Epstein' me = Try to silence me for exposing the truth to the world," he wrote.

Insiders told Page Six that they don't know what he was referring to.

In the videos, he professed his love for several celebrities, including Miley Cyrus and Lovato's ex-BFF, Selena Gomez.

Lovato called the posts fake, but that didn't stop the former couple from breaking up.

READ MORE: Why Angelina Jolie and Johnny Depp Are A Match Made in Heaven