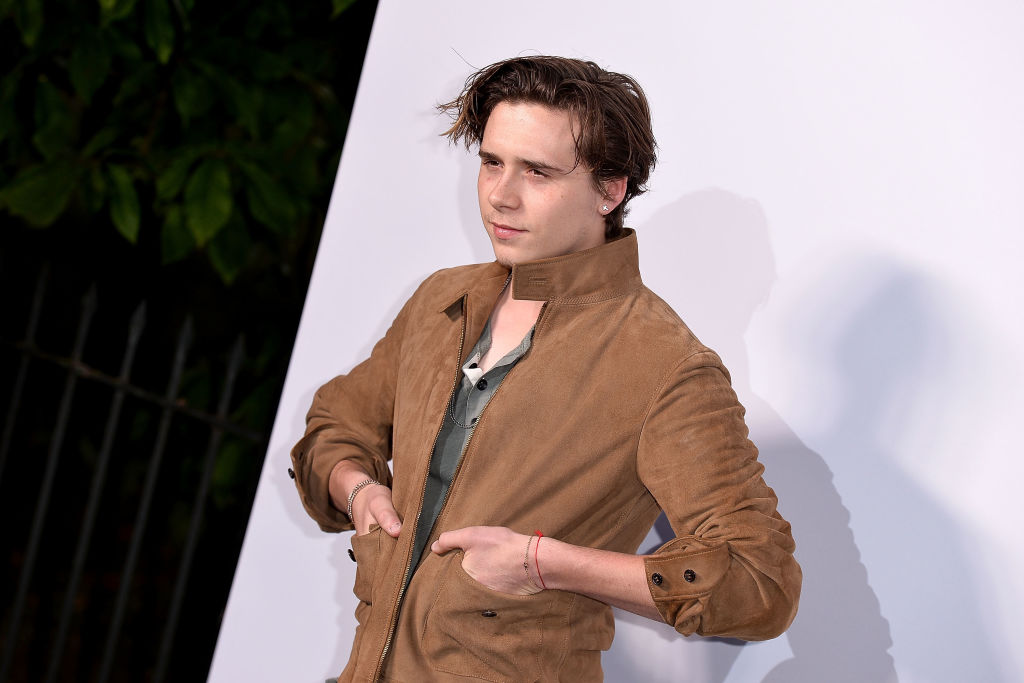 Brooklyn Beckham is in hot water after his alarming snap with fiancee Nicola Peltz.

Peltz usually updates her 1.9 million followers with a sweet photo of her and the British model while on their vacation or just casually lounging around.

Unfortunately, the couple received a wave of backlash from social media after posting a playful snap.

In a series of posts, the young lovers appeared to be having a fancy outdoor dinner complete with red wine.

Beckham was rocking a laid-back outfit with his gray shirt, while the blonde beauty was seen wearing a black fitted string top that she capped off with blue eyeshadow and messy hair.

"tb to prom night," Peltz  wrote, to which Brooklyn replied: "My amazing girl."

"Lost Transmission" actress Bria Vinaite responded to the pair's photo as she called them "cuties," while "The Sweetest Thing" star Selma Blair replied with a heart emoji.

However, Nicola's IG post sent a negative message to fans. After all, the eldest son of Victoria and David Beckham was holding Peltz's neck while showing off his tattooed arms.

With this, fans flocked to the comment section to criticize the 21-year-old aspiring photographer over the disturbing photo.

On the other hand, one individual called the photo "odd" and pointed out that Brooklyn also did the bizarre-looking pose to his previous girlfriends.

"Every gf he has had, there are photos of him holding them round the neck. Even when he puts his arm around them it's really tight looks like a headlock. Really odd the way he's never pictured with any male friends just his gfs who he falls in love within 2mins & then holds them by the throats etc."

However, fans defended the young couple by mentioning that they were "obsessed" with the duo. One supporter also wrote: "beautiful couple."

Another user also wished them success for their soon-to-be wedding: "I wish you both the best in your marriage and future together."

Back in July, Brooklyn Beckham took to Instagram to reveal his engagement to "The Last Airbender" actress after less than a year of dating.

He described himself as the "luckiest man" after she said "yes" to him.

"Two weeks ago, I asked my soulmate to marry me, and she said yes. I am the luckiest man in the world. I promise to be the best husband and the best daddy one daym" Brooklyn wrote.

Peltz also made the announcement on her Instagram, stating that she "can't wait" to be with him forever.

"You've made me the luckiest girl in the world. I can't wait to spend the rest of my life by your side. Your love is the most precious gift," Peltz wrote while thanking Brooklyn's baby sister, Harper, for taking the pic.

In the photo, both Beckham and Peltz looked all glammed up for the engagement announcement. The budding photographer wore a navy suit, while the actress stunned her fans with a yellow ruffled dress as she placed her hand in her fiance's face -- showing off her massive rock.