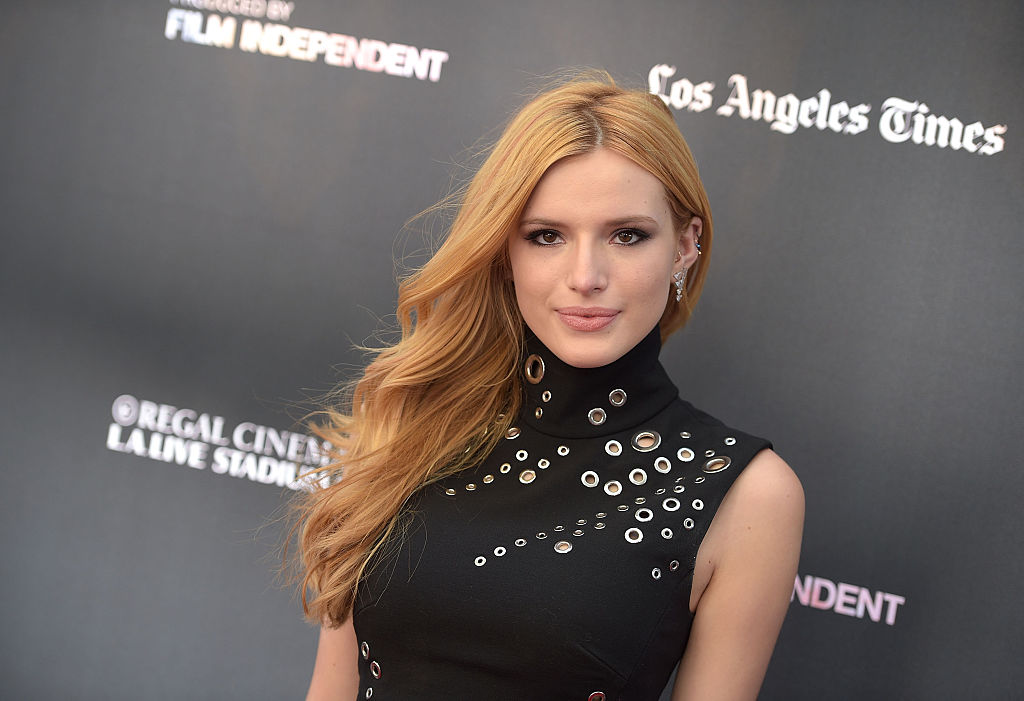 Bella Thorne is back at it again, breaking the internet with her sultry selfies.

On Wednesday, the former Disney star took to Instagram to share a series of photos that made her fans speculate that she is about to embark on another journey in life.

In the photos, Bella looked like a stunning bride-to-be wearing a white embroidered wedding veil, which she matches with a silver bedazzled top, and a stunning necklace.

"Such a happy girl," Bella wrote on the caption, adding a suggestion for her followers to click the link on her bio, which goes directly to her OnlyFans account.

Aside from the veil, fans were also intrigued by the ring on her finger, which appears to be a huge diamond ring. She wore it next to an emerald ring.

These intriguing photos lead fans to wonder if the "Shake It Up" actress is getting ready to walk down the aisle with her boyfriend for one year, Benjamin Mascolo.

Apart from getting hundreds of thousands of likes, Bella's Instagram entry was also flooded by heart-eye emojis and fans' hilarious reactions.

"Want to marry me, beautiful bride?" one fan wrote.

"Marry ME," another one demanded.

Meanwhile, others are so convinced that Bella already tied the knot.

One follower commented: "You got married? Congratulations, Annabella."

In the photos obtained by the "Daily Mail," Bella Thorne was seen heading to West Hollywood for dinner.

The 22-year-old actress kept her goth chic look with a matching black ruffled mini skirt and a pair of black leather platform combat boots. Bella paired her outfit with a black statement facemask with the word "Vote" imprinted on it. She finishes off her look with a chunky Chanel pearl choker, a white Clinch Belts, a gold buckle, and diamond bling.

On the other hand, Benjamin wore an equally punk look that compliments Bella's OOTD (outfit of the day). The duo was seen heading to one of California's celebrity hotspot, Craig's.

In August this year, Bella Thorne joined "OnlyFans" and literally broke the exclusive platform. According to Page Six, the subscription-based social media platform briefly crashed after Bella announced that she would be on the site.

Bella reportedly earned a whopping $1 million during her first 24 hours on the site, making her the first content creator to earn millions in a day. After two weeks, Bella cashed in a total of $2 million after fans paid a $20 subscription on the X-rated subscription service site.

But aside from her massive payday, Bella Thorne also faced some controversy after sex workers slammed and accused her of scamming her subscribers.

Sex workers on the platform accused her of profiting but not doing much to destigmatize sex workers. They also accused the former Disney actress of scamming her followers with a naked photo, only to get lingerie pics.

Fellow "OnlyFans" creator also blamed Bella Thorne for the new restriction on the platform, making them wait for 30 days to cash in on their booty snaps.