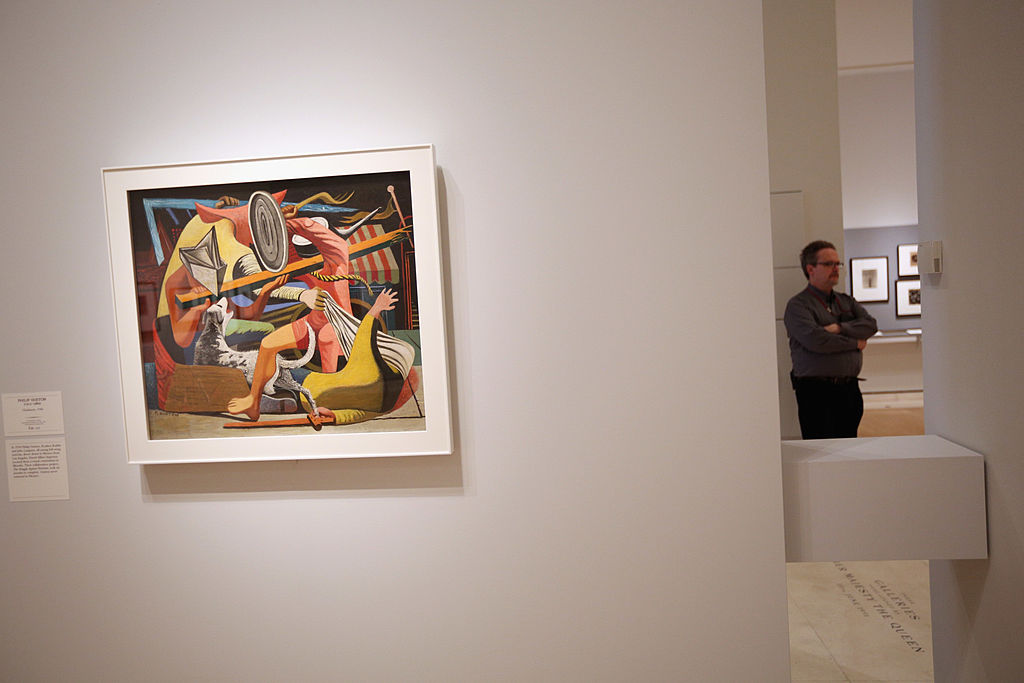 Nearly 100 leaders in the art world have called on four museums to reverse proposals to delay a large retrospective of Philip Guston, including some of the author's depictions of the Ku Klux Klan.

The collective of writers, curators, writers and academics wrote an open letter released by the New York-based journal Brooklyn Rail. The group "shocked and saddened" by the decision to pause the exhibition. The event begins in London next year before traveling to the US until 2024.

The exhibition, entitled "Philip Guston Now," put together 125 works and 70 sketches by the American Canadian painter who died in 1980. Guston, the son of Ukrainian Jewish immigrants, produced a series of artworks depicting hooded Klansmen as part of his satire on ethnic brutality and American identity.

However, last week, exhibition organizers revealed that they were suspending the event by three years, noting the advent of global civil justice debates.

The four host museums - namely London's Tate Modern, Washington DC's National Gallery of Art, the Boston Museum of Fine Arts and its namesake in Houston - said they needed more time for "additional viewpoints" about how the artworks should be viewed.

In a joint statement, the directors of the museums said postponed the show "until a period when we feel it is necessary to perceive more explicitly the important idea of social and ethnic justice at the heart of the work of Philip Guston."

A representative of the Washington National Gallery of Art, speaking to the art business website Artnews, added that organizers were concerned that the "painful" photos may have been "misinterpreted."

But the move was slammed by the signatories of the document, which included Nicole Eisenman and Matthew Barney, contemporary musicians. Many influential African American artists, including Lorna Simpson, Charles Gaines, and Stanley Whitney, have signed the document.

The party accused the four organizations of neglecting their duty to portray Guston's work's "profundity and scope." They also identified the change as an "illustration of white culpability."

The letter, which has attracted more than 900 additional signatures from the public, claimed the organizers "fear controversy."

"Hiding away images of the KKK will not serve that end," it added. "Quite the opposite."

Guston rose to attention in the 1950s as part of the New York School art revolution alongside icons including Jackson Pollock and Willem de Kooning. While well known at the time - like many of his contemporaries - for Abstract Expressionist pieces, in the late 1960s he started making more figurative paintings. A variety of cartoon depictions of KKK participants, which he sometimes portrayed as driving or smoking, were among these later pieces.

The paintings were often deep thoughts on Guston's own feelings of culpability, as well as becoming a Jewish artist reporting on an institution with a lengthy history of antisemitism. The artist also identified them as "self-portraits."

He once explained that the idea of evil fascinated him. He added he almost tried to imagine that he was living with the Klan. "What would it be like to be evil?"

Owing to the Covid-19 pandemic, the opening of "Philip Guston Now" was already postponed by more than eight months. The first big retrospective of the artist's work in more than 15 years was rescheduled to launch in London in February 2021.

Yet although the paintings have been displayed in museums in the following years, in the context of the Black Lives Matter campaign and continuing demonstrations for social rights, art galleries now undergo heightened pressure to draw on their own holdings and curatorial decisions.

LONDON, ENGLAND - JULY 02: A painting by Philip Guston entitled 'Gladiators' in the Royal Academy of Arts on July 2, 2013 in London, England. The painting features in the exhibition 'Mexico: A Revolution in Art, 1910-1940' which examines artworks influenced by the period of revolution and turmoil in Mexico between 1910 and 1920. The exhibition, which showcases 120 paintings and photographs, open to the public on July 6, 2013 and runs until September 29, 2013. (Oli Scarff/Getty Images)