It's actually not a coincidence because the writer of the book formerly worked with the talent show judge in the past.

Konnie Huq was let go by her former boss, Simon, from her presenting duties on Britain's "The Xtra Factor."

"Blue Peter's" longest-serving female presenter wasn't able to work the same magic while being on "The Xtra Factor" viewers.

Simon decided to fire Konnie from the spin-off show after she was said to have angered the music executive in several blunders.

Her time on the show received a series of mixed reviewers from viewers, with some fans of the show even demanding that she gets axed completely. 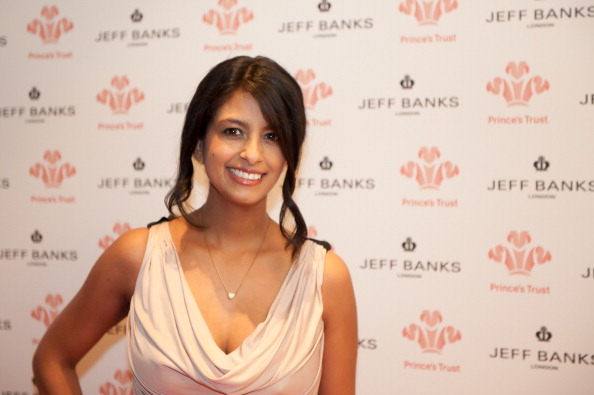 According to The Daily Mail, "Simon Cowell hasn't been impressed, and it seems certain she will be axed. Every week there seems to be a new mistake."

One of her said blunders was when Konnie greeted Cher Lloyd after being voted off "The X Factor," saying, "What a night it has been for you, a night of dreams."

Though the termination happened nine years ago, this is how the 45-year-old host is seeking revenge from Simon Cowell.

Her new children's book, "Fearless Fairytales," revolves around a talent show dubbed as "Kingdom's Got Talent."

It is a nod to where Simon Cowell is part of a judging panel in talent reality shows such as "Britain's Got Talent" and "America's Got Talent," where he is a harsh critic.

Though the actual villain's name in the book is not really "Simon Cowell," it looks and reads like the record producer's name - Simon Scowl.

The Sun summarized the story.

The talent hopeful tells the judge that her hair couldn't stop growing after her mother has been consuming witches herbs.

Then Scowl responded to her, saying, "Yeah, yeah, great back-story. Would make a charming fairytale. Off you go."

In the original Rapunzel fairytale, a prince climbs up her tower using her exceptionally long locks to reach her. The prince later frees Rapunzel from captivity and later lived happily ever after.

Scowl demands that Rap-Unzel should lose weight, get a fake tan, and head to the dentist to get her teeth whitened so that Scowl's teeth "don't look too bright."

She has to do all of these if she wants to be on the show. Once it's all completely done, Rap-Unzel could go on the show.

In a letter Rap-Unzel received from Scowl, it reads, "Oh, and I almost forgot, you'll have to cut off all your hair as it looks really, really stupid. Yours grouchfully, Simon Scowl."

Simon Cowell has yet to address this serious embarrassment. Perhaps it would take a while, as he is still on leave from his judging duties following an electric bike accident in August.

His son, Eric, and partner Lauren Silverman's teenage son Adam watched in horror as Simon fell backward and smashed his back on the concrete floor.

The 60-year-old suffered a broken back in the accident and will need an extremely long time to recover.

Tags: Simon Cowell Americas Got Talent britain's got talent Simon Cowell accident konnie huq
© 2021 EnStars.com All rights reserved. Do not reproduce without permission.
Most Popular
You May Also Like

Simon Cowell is reportedly engaged to his longtime girlfriend, Lauren Silverman, after he experienced a traumatic accident.

Simon Cowell was photographed riding his bike again a year after his life-threatening accident in Malibu.

Simon Cowell had not fully got over the departure of his "America's Golden Buzzer recipient, Nightbirde.

Simon Cowell's Bike Accident Could Have Been WORSE: 'AGT' Judge Almost Cut Back in Half

Simon Cowell reflected on the electric bike accident he got involved in last year, and he recalled how it could have been worse.

Simon Cowell seemingly did not have any traumatic experience while riding an electric bike.