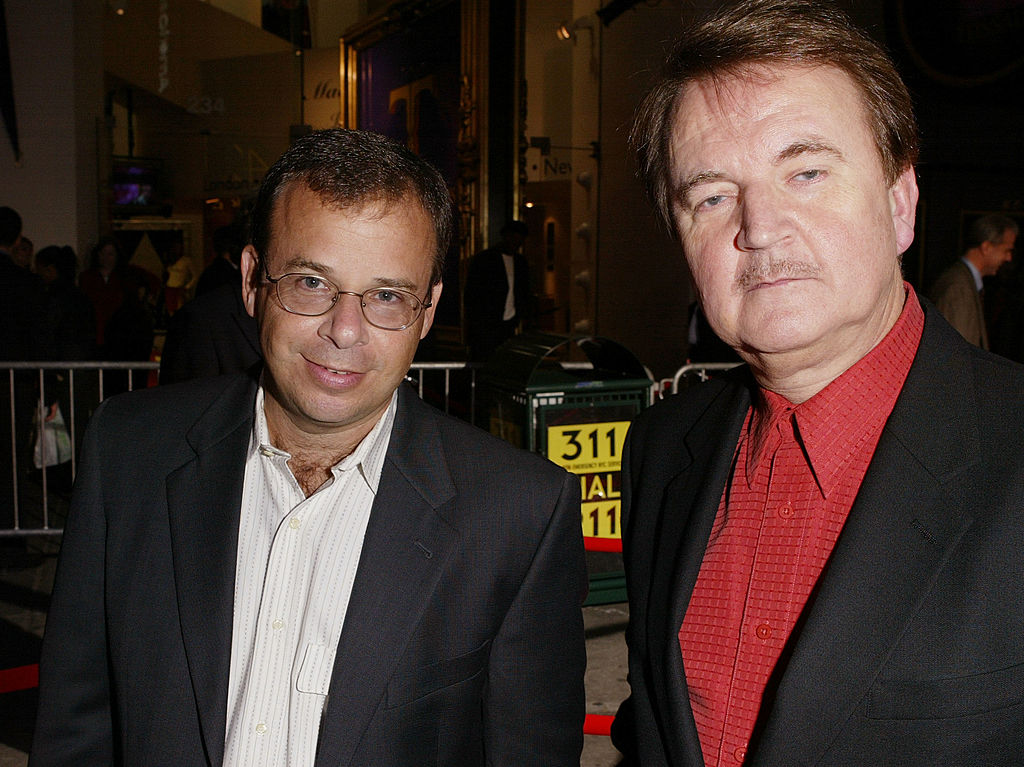 Actor Rick Moranis, who is renowned for his role in "Ghostbusters" in the 1980s, was randomly attacked while walking on New York City's Upper West Side.

In a footage that went viral after the incident, Moranis can be seen walking near his apartment when an unknown assailant attacked him.

The attacker took a sudden step toward him before throwing his closed fist to punch the actor. After Moranis fell to the ground, the suspect just continued walking.

As seen in the same video, the attacker was wearing a black "I Love NY" sweatshirt.

Per the New York City Police Department, the attack was unprovoked. Unfortunately, the assailant remains on the loose until now.

However, authorities have already publicized the video on Twitter, asking everyone to help them find the suspect who fled from the scene.

WANTED for ASSAULT: On 10/1, at 7:24 AM, a 67-year-old male victim was walking southbound on Central Park West in the vicinity of West 70th Street, when an unidentified male struck him in the head with a closed fist, knocking him to the ground. Have info? Call/DM @NYPDTips pic.twitter.com/ZvSUPjtVdp — NYPD NEWS (@NYPDnews) October 2, 2020

Meanwhile, the 67-year-old comedy star went to the hospital to undergo tests and procedures before reporting the attack. According to the NYPD, Moranis suffered pain in his head, back, and hip.

Furthermore, his representative penned a statement for the Deadline to confirm that the "Spaceballs" star is fine. Although the incident happened, the actor still wants to express his gratitude for "everyone's thoughts and well wishes."

The surprising and agitating attack caused Hollywood personalities and figures to express their anger toward the assailant.

James Wood also stood for Moranis and said, "Finally! The one thing every American can agree on. The man who beat #RickMoranis for absolutely no reason should be boiled in oil alive. #HateCrime #DeBlasiosNewYork."

"This is actually super fucking sad. Rick Moranis came out of retirement literally the other week. Mans a widower," Matt Ghost added. "Took a break from acting (24 years) to raise his kids. If we never see this man again, I'd completely understand."

Rick Moranis left Hollywood more than 20 years ago soon after his wife, Ann, died. Since then, he turned his back on the spotlight and focused on raising their two children.

"I took a break, which turned into a longer break," he told the Hollywood Reporter in 2015. "But I'm interested in anything that I would find interesting. I still get the occasional query about a film or television role ... and as soon as one comes along that piques my interest, I'll probably do it."

Indeed, he came back.

The comedian recently grabbed the public's attention when he appeared in a commercial for Mint Mobile with Ryan Reynolds.

He also signed for a Disney-Plus sequel of "Honey, We Shrunk Ourselves." He is set to reprise his character in the new sequel titled "Shrunk."

The "Frozen" star Josh Gad will act as the scientist's son who "shrunk" his children in the sequel.

But just like any other films and series, its production has been postponed due to the coronavirus pandemic.

In 2006, Moranis bagged a Grammy nomination for the best comedy album for "The Agoraphobic Cowboy."

READ MORE: 'Wake Me Up When September Ends': Why People Should NOT Joke About Green Day's Song