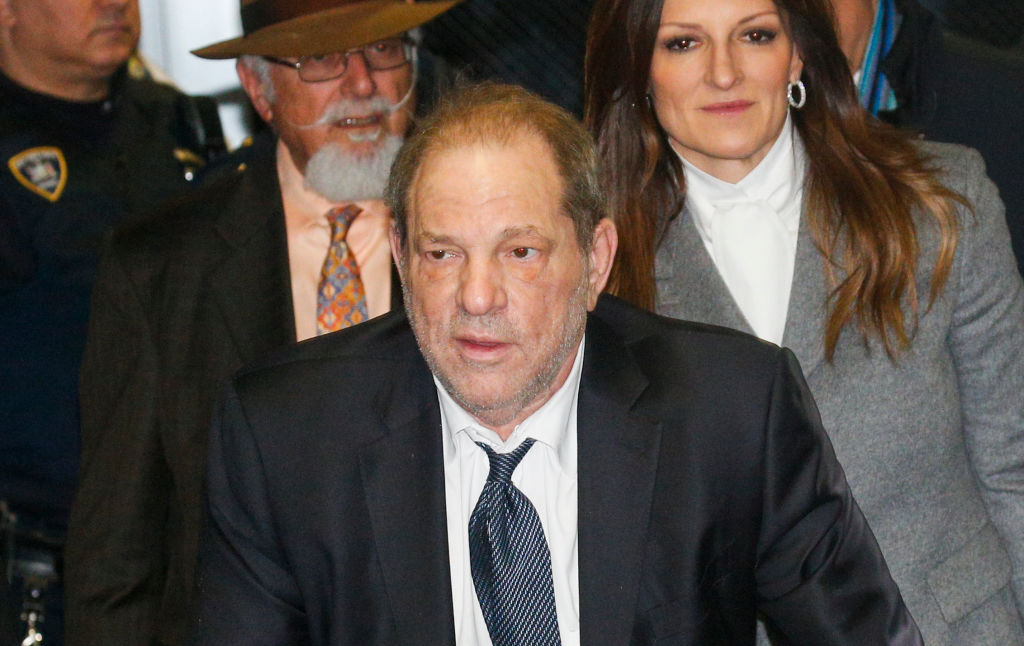 Harvey Weinstein is a victim, according to his alleged girlfriend Alexandra Vino. She believes that Weinstein should not even be in prison for the crimes he was charged of.

According to Vino, Weinstein has become public enemy number one, but people do not realize that they do not really hate Harvey. Instead, she is of the opinion that people are just being told what to feel, especially by the #MeToo movement.

She described her reported boyfriend as someone who was destroyed all for the success of a movement. She also expressed her belief that the sentence he has to serve is not fair.

"Everyone seems to f-king hate Harvey, but they don't realize they don't really hate Harvey," Vino said, according to the New York Post. "They are being told how to feel. He is a scapegoat for this entire [#MeToo] movement, and they've destroyed his life. It's been like a ­human sacrifice. People get 23 years in prison for murdering people, not for what he did."

Few people, however, would agree with Vino -- especially not the women who, through the coming out of many celebrities claiming to be victims of the disgraced studio mogul, are happy to see men like him go to jail.

It can be remembered that multiple A-list female stars have publicly accused Weinstein of sexual assault and harassment. Given that these women are well known in the industry, many believed them. These women include Gwyneth Paltrow, Angelina Jolie, Ashley Judd and many more. There was nowhere the case would lead to but to Weinstein serving time in prison, especially given the number of accusations.

Earlier this 2020, Weinstein started serving time at the Wende Correctional Facility near Buffalo. He was given 23 years in prison for criminal sexual assault and rape.

Who Is Alexandra Vino?

Alexandra Vino, however, does not seem to care about how people will see her, especially since she's a woman. Vino was the 30-year-old actress, singer, artist and aspiring screenwriter that was seen in the arms of Weinstein at various downtown hot spots, such as Downtime and Socialista, before he was convicted of rape last fall.

This was hardly the first time she defended the media mogul. When a woman protested the presence of Weinstein at a bar, calling him a "f-king rapist," she interceded on his behalf.

In January, even though Weinstein's name was already sullied, he and Vino were still seen out and about. The two checked into a Red Bank, NJ hotel and were even asked to pay extra because they lit up their joints in clearly-stated non-smoking rooms.

According to Hollywood Reporter, they had the time of their lives, ordering several ice creams during their stay.

The two, however, never admitted their relationship. Vino said she is a private person who wants to maintain her privacy.

Speaking with the New York Post further, she added that she knows what goes down during Oscar parties, so she knows Harvey is not the criminal that people think he is.

"I've seen the gorgeous women throwing themselves at Harvey and other powerful men all day long. These girls in LA and New York are not naïve. You don't hit on a guy [like Weinstein] with a track record for hitting on women. What, and then you're all, 'Oh I can't believe he asked me for a back massage?' Come on."

READ MORE: One More Baby?! Hilaria Baldwin Gets Real About Having 6th Child