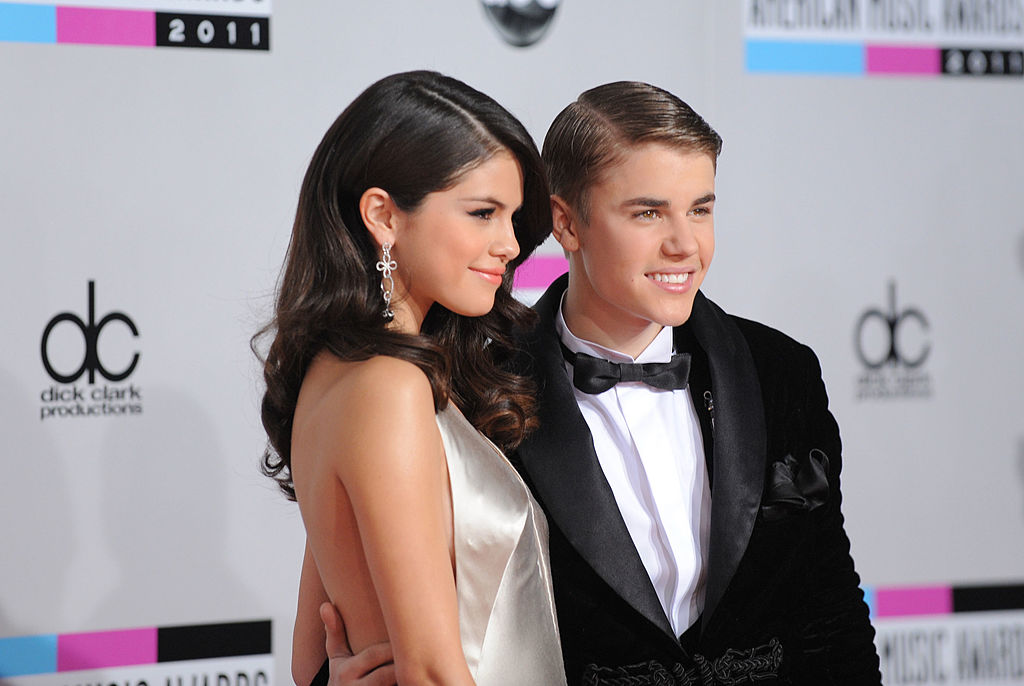 Justin Bieber has numerous tattoos all over his body, but his eagle-eyed fans spotted one which they assume is a tribute to his ex-girlfriend Selena Gomez.

Last month, Bieber debuted his new rose tattoo on his neck. While it seems like a little addition to his several body arts, fans saw what appeared to be Selena's initial on the petals.

The long-stemmed rose, which 'Jelena' shippers claim to be the symbol of their relationship, has an "S" in it.

A fan account did some investigation and posted a closeup picture of it on Instagram, exclaiming: "HE ROSE HAS AN S IN IT!!!!!!! THERES A FREAKING S FOR SELENA!!!! I can't stop screaming."

It could possibly be just the layers of the rose petals. However, fans did not stop searching the whole internet and found a better photo of it on Justin's Instagram account.

The same fan account worked harder on the theory by posting another set of clear photos of the tattoo and outlining the letter "S."

While some fans supported the speculation, others asked to stop pressing Justin and Selena together already.

"There's no S , y'all can check dr. woo's profile. He is the tattoo artist who made it for him. LOL," one fan said.

Another netizen wrote, "S=singer,sing,song...there are a lot of word with s how can you be so sure about it.." [sic]

The "Yummy" singer then proposed to the model a month later and married her in September 2018.

This newest rumor between Justin and Selena came after a source revealed to The Sun in August that the two are in touch again.

Selena Created Something For Justin

After all these commotions, it is worth noting that the 28-year-old singer gave a little hope to their fans in January.

During that time, Selena dropped her third studio album "Rare" which consists of the songs she wrote for her ex-boyfriend.

"I felt I didn't get a respectful closure, and I had accepted that, but I know I needed some way to just say a few things that I wish I had said," she told NPR about her song "Lose You To Love Me."

She added that it is not a hateful song. Instead, she is happy that it is over as she had something beautiful with Justin.

In addition, she revealed on the Zach Sang Show that the song was indeed about Justin, and she wanted him to listen to it.

According to Selena, it was her way to deliver what she wanted to tell the Canadian singer-songwriter, though she emphasized that her intentions were pure.

"My intentions can be a bit snappy but I always want to come from a place that's genuine, and when I feel like some things haven't been said, then, I get to turn things into art," Selena clarified.