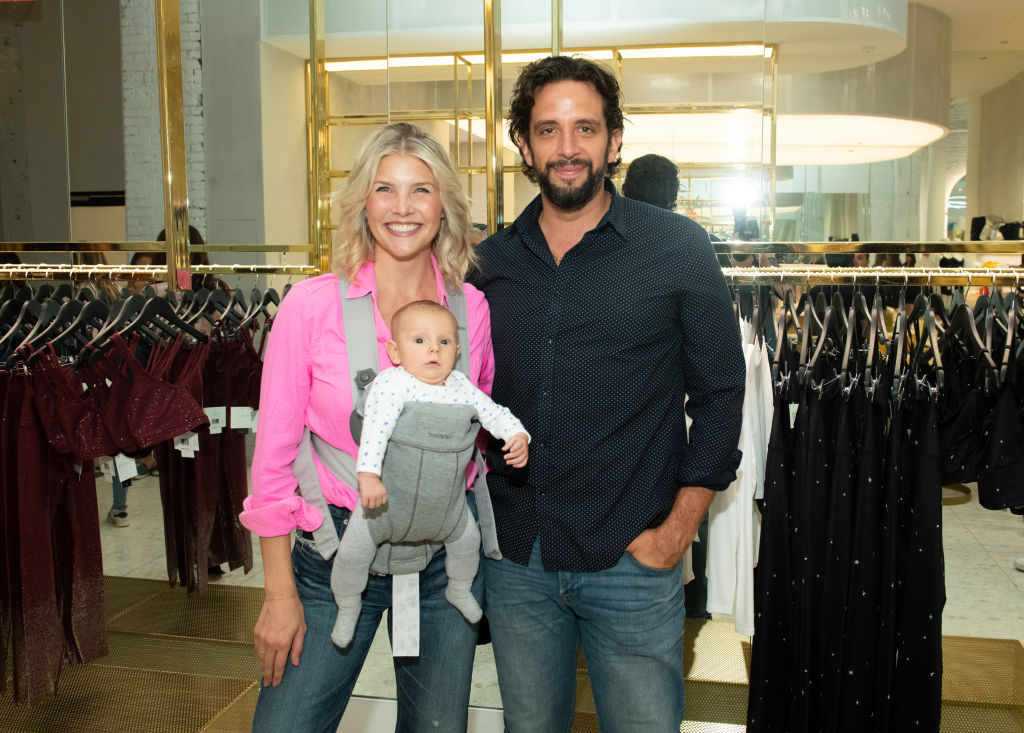 Trump, who tested positive from the coronavirus and have been released from the hospital following his treatment, tweeted, "Don't be afraid of COVID. Don't let it dominate your life."

"We have developed, under the Trump Administration, some really great drugs & knowledge. I feel better than I did 20 years ago."

On Monday, three months since Cordero died of COVID-19 complications, Kloots called out the POTUS over his recent tweets, telling Americans not to be afraid of the deadly virus.

The fitness expert called Trump's message "a slap in the face" and "beyond hurtful."

"What about the people who lost loved ones?" the 38-year-old wrote alongside a screenshot of Trump's tweet on her Instagram story.

She added, "Have some class, decency, maybe. Even an inch of empathy, Mr. President."

"Not everyone was lucky only to spend two days in the hospital."

With regards to the virus dominating lives, the mom-of-one questioned, "Unfortunately, it did dominate our lives, didn't it?"

Kloots shared that the coronavirus is something that everybody should be afraid of.

"After you see the person you love the most die from this disease, you would never say what this tweet says," she said.

"There is no empathy to all the lives lost. He is bragging instead. It is sad. It is hurtful. It is disgraceful."

The actress urged Trump to use his "new" "firsthand knowledge" of the disease to serve Americans better.

She believes that the president should also apologize for the past few months of downplaying the coronavirus's severity.

Concluding her statement, Amanda Kloots said she stands with the 208,000 Americans who lost their loved ones to the coronavirus. 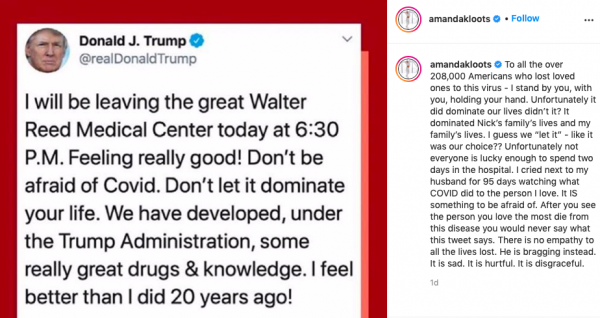 However, Kloots' message to Trump may not have been understood by his officials.

According to the POTUS' campaign spokesman Tim Murtagh, Nick Cordero's widow is "advocating for another lockdown."

Murtaugh made the bizarre proclamation as he has gotten in an argument with anchor Katy Tur over Trump's coronavirus response.

According to Mediaite, the video clip of Kloots was played, and Murtagh completely ignored her plea.

Instead, they criticized the fitness expert and others for "advocating" for another lockdown.

She captioned the post that she will be voting for Biden and is "hoping and praying" that he will win the presidential election in November.

Nick Cordero died on July 5, 2020, at the Cedars-Sinai Medical Center in Los Angeles, after grueling 95 days in the ICU because of the coronavirus.

During his stay in the hospital, he has suffered numerous complications such as blood clots, strokes, and even had his leg amputated.