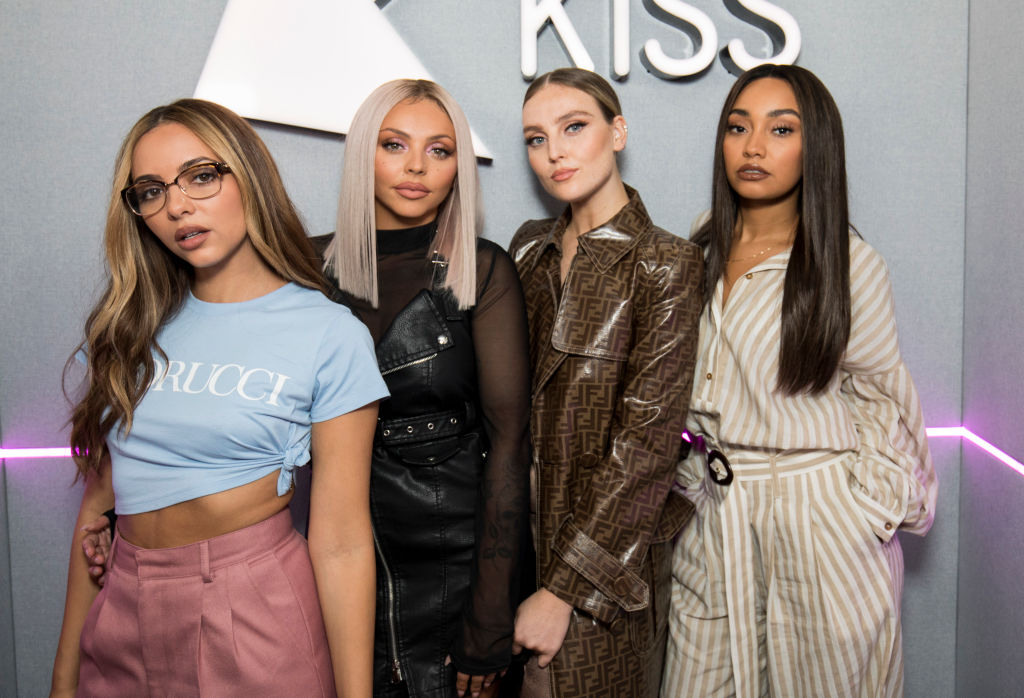 Now that Little Mix and Simon Cowell are not working together, it's easy for them to spill some tea after leaving his record label, Syco.

The lyrics to their new song reads, "I don't do what Simon says / Get the message cause it's read / That's just life it never plays fair / Said to me follow any dream / Be a puppet on a string / Works for you but that isn't me."

However, an insider close to the "Black Magic" hitmakers said that the song is "not meant in a b*****y way at all."

The source told Metro believes that Simon would think it's funny.

Simon Cowell first talked about their "feud" in 2018 to The Sun.

At that time, he insisted that he never had a falling out with the band because he knew they were "the hardest working bunch of girls I've ever worked with."

The talent mogul revealed that the conflict between him and the band wasn't because of the money.

It is believed that the band had disagreements with the label over the making of their "Woman Like Me" record and their musical direction.

Cowell described the happening as something "embarrassing," saying that he was annoyed at how things are being misinterpreted.

Simon added, "This was one of those ironic times that we had a hit and nobody was happy."

The said feud started when Little Mix debuted their talent show "The Search."

The dad-of-one insisted that he came up with the show's idea, telling last year he was approached to co-produce the talent show with Little Mix.

"I told them the problem was we have a conflict of interest because we are launching X Factor The Band in 2020. We were told their show was going to launch in 2021."

Simon added, "Then we had the fallout and find out Little Mix were bringing their show forward. Was that intentional because we are doing our show? I have no idea."

After rising to fame in 2011 and becoming the first band to win at The X Factor, Simon Cowell slated them to become the biggest girl band in the world.

But then a lot has changed over the past decade.

Little Mix has been vocal about having to stand up for themselves in an industry dominated by older men.

In an interview last month, the four ladies revealed how leaving Syco felt like there has been a weight lifted off their shoulders.

Meanwhile, Little Mix is one of the top-earning performers in the UK.

Their combined net worth is $32 million.

They are now at the same level of success as the Spice Girls. Their album "Confetti" is their first release with new label RCA and is available to stream and purchase on Friday.