Prince Harry and Meghan Markle made a podcast appearance for "Teenager Therapy" on Saturday to discuss mental health stigma.

The 39-year-old Los Angeles native opened up about the online abuse she received when she became part of the British royal family.

She revealed that she's "the most trolled person in the entire world" back in 2019.

The Duchess of Sussex discussed the toll that social media could severely affect people's mental health.

While it is "a great way to connect," social media "ends up being a place where there's a lot of disconnection," she added.

Recalling when she was pregnant with Archie at that time, Meghan said, "9 months of that, I wasn't even visible - I was on maternity leave or with a baby."

"But what was able to be manufactured and churned out, it's almost un-survivable."

She added that it doesn't even matter what age you're at. Because if people say mean things about you, especially things that aren't true, it affects your well-being.

"What that does to your mental and emotional health is so damaging," Meghan revealed.

Just like other people, Meghan Markle reminded people that she's only human and experiences the same emotions as many people.

She and Prince Harry are hoping to accomplish, through their advocacy, is to emphasize that everybody knows what it's like to have feelings hurt.

"Even though our experiences are unique to us and obviously can seem very different to what people experience on the day to day," she began, "It's still a very human experience, and that's universal." 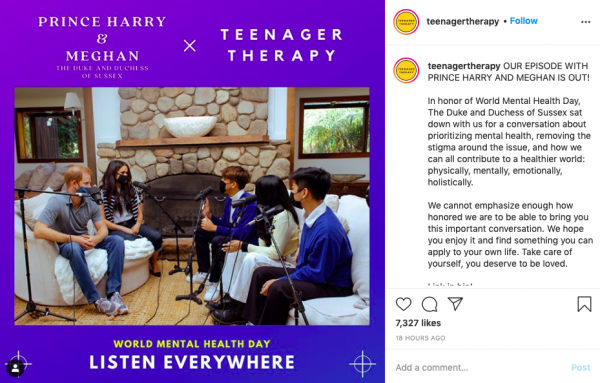 Meanwhile, in one portion of the interview, one of the hosts asked Meghan, "How are you."

The mother-of-one responded, "Wasn't it funny? It was about a year ago that someone asked me that."

Meghan referenced it to an interview she did for their documentary "Harry and Meghan: An African Journey" released in October 2019.

It was where journalist Tom Bradby asked the Duchess if she was okay, and then she responded, "Not many people have asked if I'm okay."

Her candid response to the question was made a lot of headlines at that time since members of the British royal family are supposed to have a "stiff upper lip."

In the podcast, Meghan explained that she wasn't okay at that time. She was shocked that her answer would receive interest from people all over the globe.

"I didn't think about that answer. I just answered honestly because I was in a moment of vulnerability."

It was their last day of the tour in South Africa. She also had to bath her son and were about to head back home to the UK.

"A lot of people don't know that it's like running a marathon."

"Between every official engagement, I was running back to make sure our son was fed," Meghan unveiled.

Her husband, Prince Harry, added, "She was still breastfeeding at the time."

However, the Duchess of Sussex responded to the host's question that she's "doing really well."