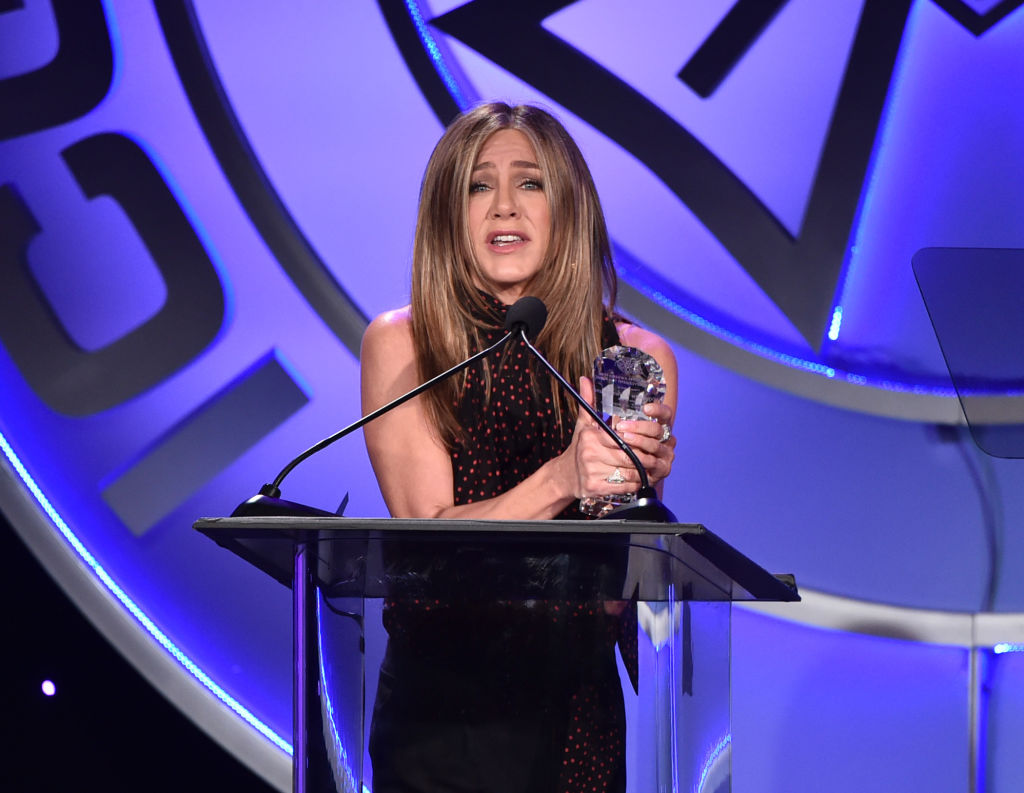 On Sunday, the 51-year-old Hollywood icon introduced "Lord Chesterfield" to her whopping 35.7 million Instagram followers. In the short clip she posted, the little one looked truly charming. He must be really exhausted, though, as he slept on even with Aniston fussing over him -- not knowing he was being photographed and being transformed into an instant celebrity.

Aniston is the cutest dog mom ever, as she can be heard in the video whispering to her sleeping pet and asking if he has fallen asleep with his bone in his mouth. The actress posted the clip, showing how happy and proud she is of her adopted doggie.

Moreover, she also gave a special shoutout to the Wagmore Pet Hotel and Rescue Spa located in Studio City, California.

"A HUGE thank you to @wagmorpets for the incredible work you do. Grateful you take such great care of these rescues and find them their forever home," Aniston wrote.

View this post on Instagram
Hi! I'd like to introduce to you the newest member of our family....this is (a very tired) Lord Chesterfield ️. He stole my heart immediately. A HUGE thank you to @wagmorpets for the incredible work you do. Grateful you take such great care of these rescues and find them their forever homes A post shared by Jennifer Aniston (@jenniferaniston) on Oct 11, 2020 at 7:44am PDT

In just a day, the post already garnered around 8.7 million likes -- a testament to how popular the actress is. Her Instagram account has 35.7 million Instagram followers, though she only has 41 posts. She does not upload much, which makes it all the more exciting and sweeter when she posts something new.

Jennifer Aniston started her IG game late. She only got into the platform in October 2019, though she promptly broke the Internet right after registering. In a span of five hours, she amassed a million followers.

The first post she made was of her and her "Freinds" co-stars, who had been complaining for years of the fact that the actress was not yet on the social media platform. For example, Courteney Cox once said that she could not tag Aniston on any of the pictures of them together.

Breaking the internet is not a mere expression here. Several Instagram users truly claimed that they could not follow Aniston's account because the platform would not do so, probably becuase of the sudden traffic surge. Aniston even joked about it, saying she did not plan to break IG.

Lord Chesterfield is not Aniston's first pet. It's also apparent that she learned of the joys of Instagram quickly. She already tried the Story feature several times.

Earlier this year, she shared her two adorable dogs on her Instagram story: Clyde and Sophie. Clyde is already known to most fans since Aniston already took him to work with her.

In the past, she has a white shepherd named Dolly, whom she shared with her ex-husband Justin Theroux.

Fans congratulated Aniston on her new pup, claiming not only did they love him but is grateful for how much of a pet lover Aniston is. Adopting, after all, is not a joke and is not something that can just be taken lightly.