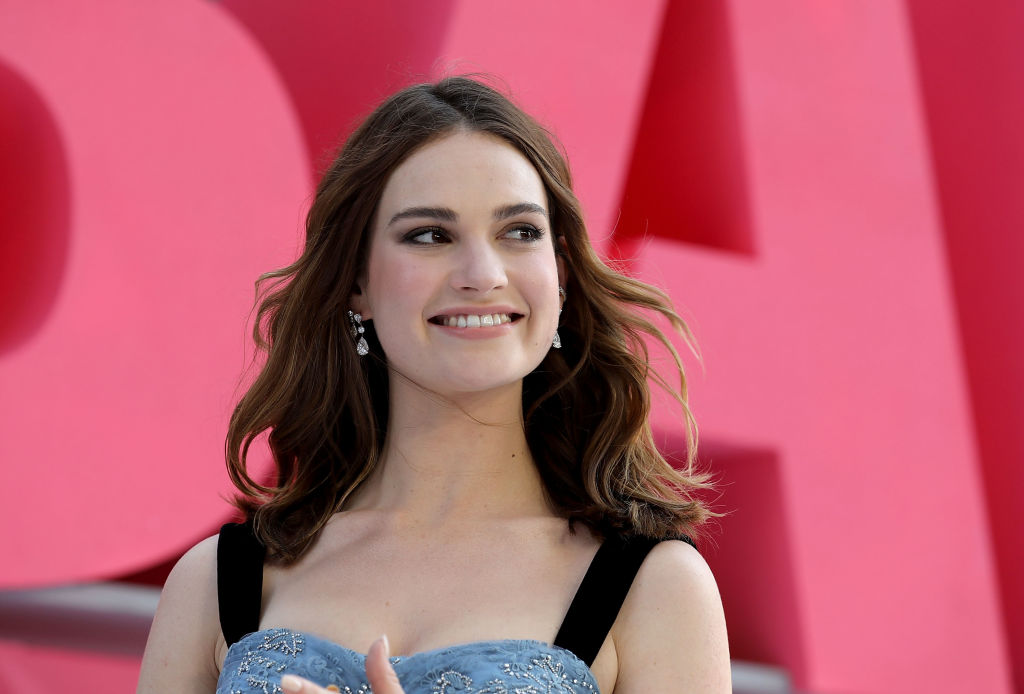 Amid her alleged romance with Chris Evans, Lily James is being linked to "The Affair" actor Dominic West.

The news came after the "Mamma Mia" actress and the 50-year-old actor were photographed in a PDA-packed afternoon in Rome, Italy.

As cited by The Daily Mail, the onlookers were stunned when they witnessed the duo passionately kissing during an al fresco lunch date, alongside the pair's mutual manager Angharad Wood.

Shortly after that, the two were spotted cuddling as they shared a ride in an electric scooter while touring the city.

Moreover, the outlet revealed that the duo "spent two nights in a suite at the top Hotel De La Ville" with the picturesque view of the whole city and just near the famous Spanish steps.

Both James and the "Colette" actor are cast members of the upcoming romance drama miniseries "The Pursuit of Love" based on the best-selling novel by Nancy Mitford.

What surprise the public is that West is a family man, as he as four kids namely Dora, 13, Senan, 12, Francis, 11, and daughter Christabel, 7.

Famous for his role as Jimmy McNulty in "The Wire," he is currently married to an Irish landscape designer and aristocrat Catherine FitzGerald.

The couple tied the knot in 2010, and per the publication, there were no announcements or rumors that West and FitzGerald have called it quits; however, the British actor was seen without his wedding ring.

Lily James and Chris Evans' Flirty Summer After in London

Prior to the sightings with Dominic West, the 31-year-old actress was previously spotted with the "Captain America" star.

Rumors sparked that the two were dating after The Daily Mail released a photo of them getting cozy in a London park back in July.

The pair were also photographed leaving the private members' venue, Mark's Club in Mayfair together.

In a previous interview, the "Cinderella" star avoided the question about her relationship with Evans. Instead, she shared advice that she would give to her younger version.

"Don't be obsessed by boys!" she told Harper's Bazaar U.K. "Hang out with your girl mates. And don't take everything so seriously - be kind to yourself."

Prior to her romance rumors with the "Avengers" star and West, Lily James dated "Doctor Who" actor Matt Smith, who was her co-star in the 2005 period drama film "Pride and Prejudice" and "Zombies" in 2014.

As cited by The Sun, their demanding schedules and discomfort over his friendships with female stars are among the few reasons behind the split.

"Things haven't been right for a while, and a few months ago, they decided to finally end it properly," a source told the outlet. "It has been difficult because they have many mutual friends, so hopefully it will all stay civilised. But for now the relationship is formally off."

At the time, Smith was rumored of having a close relationship with her co-star Claire Foy, who played Queen Elizabeth II in Netflix's "The Crown."