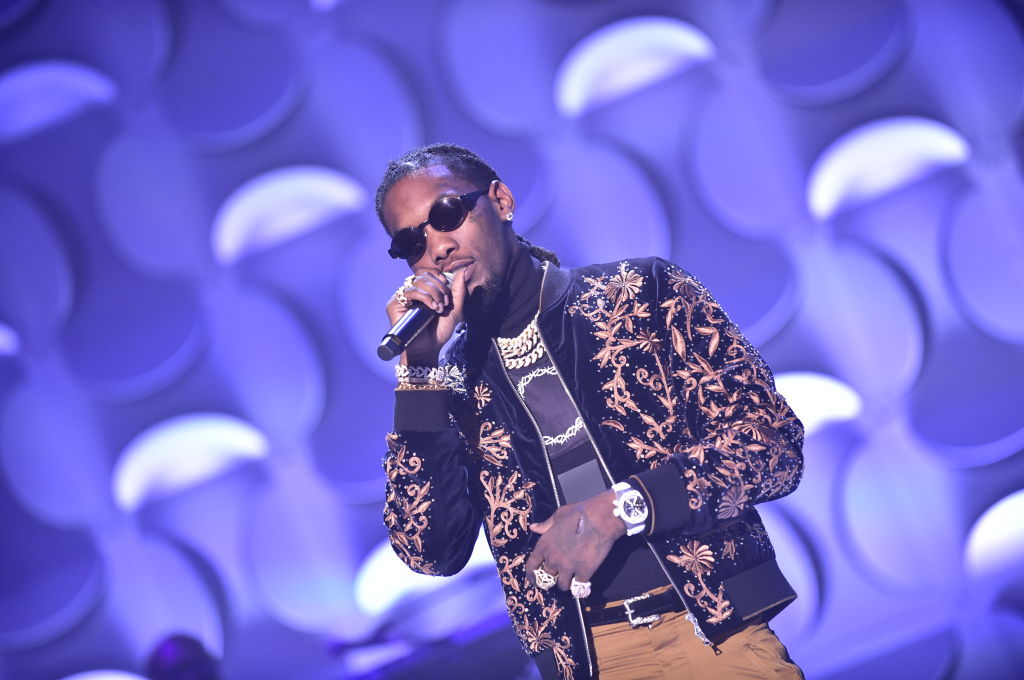 It might be Cardi B who just celebrated her birthday recently, but Offset is not letting their 2-year-old daughter, Kulture, feel left out of the occasion.

Aside from showering the "WAP" rapper with a lavish Rolls Royce truck, Offset also ensured that Kulture will have her own throne in the said luxurious vehicle.

On Monday, the 28-year-old Migos rapper shared what he has in store for Kulture, a customized Rolls Royce car seat. In an Instagram post, Offset bragged about the custom car seat that is worth a whopping $8,000.

"8 thousand dollar car seat and I bet it has peanut butter and jelly on it in 1 week," Offset wrote alongside the photo of the tan-toned leather car seat complete with Kulture's name and the iconic Rolls Royce monogram.

View this post on Instagram
8 thousand dollar car seat and i bet it has peanut butter and jelly on it in 1 week A post shared by  OFFSET (@offsetyrn) on Oct 12, 2020 at 1:00pm PDT

While Offset's "humblebrag" earned over one million likes on Instagram, some fans were not pleased with how he threw off money on a single booster seat that her 2-year-old daughter will eventually outgrow soon.

"Why buy it if you're going to complain about it. Stop showing off; it's juvenile," another one added.

One fan noted: "I'm not hating on ya'll being rich, but this was a waste of money, she's going to grow out of it."

Fans got a sneak peek of Kulture's epic throne during Cardi B's birthday, where the estranged couple was seen in getting intimate with each other despite the divorce drama.

It is not the first time the devoted father showered Kulture with lavish gifts. During the little girl's second birthday last July, Offset gifted her with a pink Hermes Birkin bag.

In an Instagram post, Cardi B shared a clip on Daddy Offset surprised Kulture with a luxury handbag.

In the video, the cutie Kulture is wearing a pink fairy costume as her dad opens up an iconic orange Hermes box and revealed a bubble gum pink colored Berkin bag, which according to reports, costs around $8,000.

Mommy Cardi filmed the father-and-daughter, which Offset later on captioned: "Late is better than never I Birkin my baby."

The little girl immediately tried it on while her dad joked: 'OK, girl! I see you, beautiful baby.

But of course, the designer handbag received a backlash from followers questioning why they give the child an expensive bag that she doesn't need.

Cardi B quickly defended Offset and hit back at haters. The "Bodak Yellow" rapper argued that they just want their kids to look as polished as their parents, mostly when they are seen in public.

"And if I'm fly and Daddy's fly, then so is the kid," Cardi said in her Instagram story entry.

"It's not up to what the kids like. If it was the kids, they'd be outside in diapers. Because if I was looking like a bad b**ch, expensive b**ch and I have my kid looking like a bum bum, then y'all would be talking s**: she added.