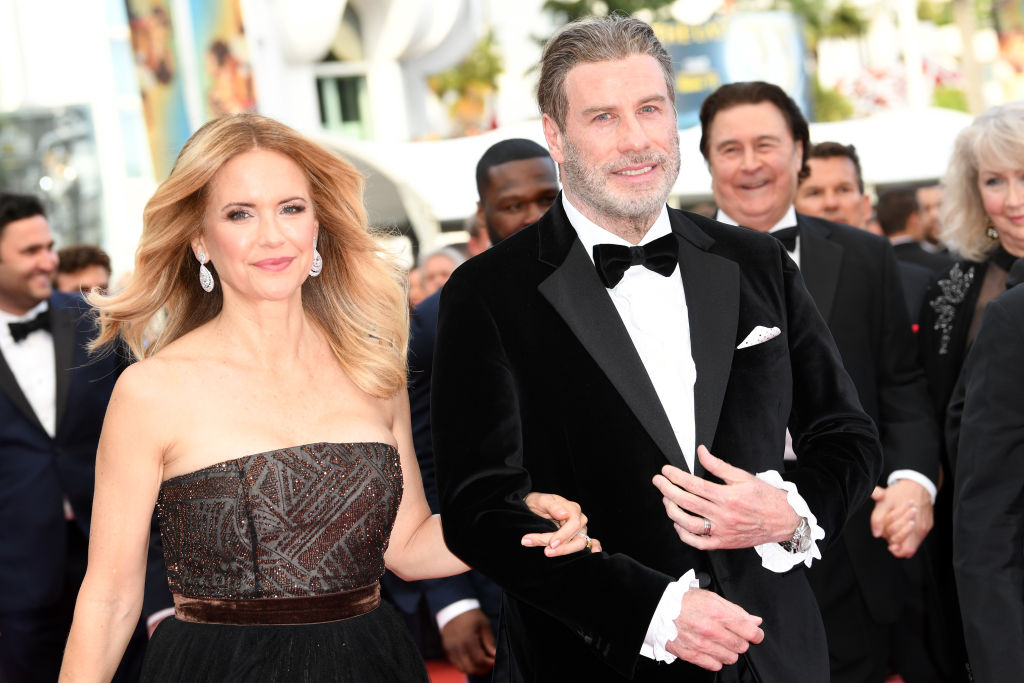 John Travolta's wife, Kelly Preston, passed away last July after a battle with breast cancer. With that, this is the first year that the actor is celebrating his wife's birthday with only her memories.

Travolta made sure Preston's birthday is not forgotten. On what would have been her 58th birthday this year, John prepared a tribute to honor her and the amazing marriage they had.

Taking to his Instagram on the early hours of the special day (October 13), Travolta wrote, "Happy Birthday hon! I found this photo of my mom and dad's wedding. It was nice to see ours alongside theirs. All my love, John."

He accompanied this greeting with side-by-side pictures of their wedding and the union of Travolta's parents. Naturally, Travolta's marriage picture is in color while the photo of his parents' marriage is in black and white. But what is common between the two are the obvious glee of the couples getting married.

View this post on Instagram
Happy Birthday hon! I found this photo of my mom and dad's wedding. It was nice to see ours alongside theirs. All my love, John. A post shared by John Travolta (@johntravolta) on Oct 13, 2020 at 4:21am PDT

To say that John Travolta is in great pain over his partner's passing is an understatement. After all, their love story, and marriage, is one of Hollywood's greatest, a true testament that emotions can run deep in Tinseltown.

The couple had been together for decades. They first met at a screen test for the 1989 film "The Experts," according to People Magazine.

For the actor, it was obviously love at first sight, although Preston was technically not free to be his at the time. She was married to Kevin Gage and for Travolta to swoop in was likely to be a massive scandal then.

But the universe conspired for them to be together, so they eventually reunited. Later, Preston was asked if it was also love for first sight for her, and she said yes ... in a way.

"Kinda. Well, I was not that happily married, let's put it that way. I was really with the wrong person," she shared on "Watch What Happens Live with Andy Cohen."

Make no mistake about it though, they did not get together just because Preston was no longer happy with her marriage. Feelings did not mean she was going to cheat. Instead, she waited for her divorce from Gage to happen before starting to open her heart to anyone else.

In fact, she got on with George Clooney first and even got engaged to Charlie Sheen!

But Sheen and Preston broke up in 1990, leading Travolta back to her line of sight.

In 1991, the two vacationed in Switzerland where Travolta made a grand gesture of proposing to her on New Year's Eve with a six carat diamond ring.

Preston would later on tell ET that she could no longer wait to have Travolta's kids: "We plan to have some babies," she said. "We're practicing right now. This could be barefoot and pregnant for the next 10 years."

Before babies came though, they first eloped in Paris and then married some time later. As Preston shared on "Live with Kelly and Ryan," they could not deal with the horrific pressure of wedding planning.

They eventually had three kids, Jett, Ella, and Benjamin. The couple's first major heartbreak happened when Jett, who was diagnosed with autoimmune disease called Kawasaki syndrome, passed away in 2009 after suffering from seizures and bumping his head.

Travolta still continues to honor his kid to this day.

Based on the death certificate of Kelly Preston, she died at the home she shared with Travolta in Clearwater, Fla., on July 12. She was later cremated.

READ MORE: 'Two and Half Men' Star Dies at 77 -- Shocking Cause of Death Revealed