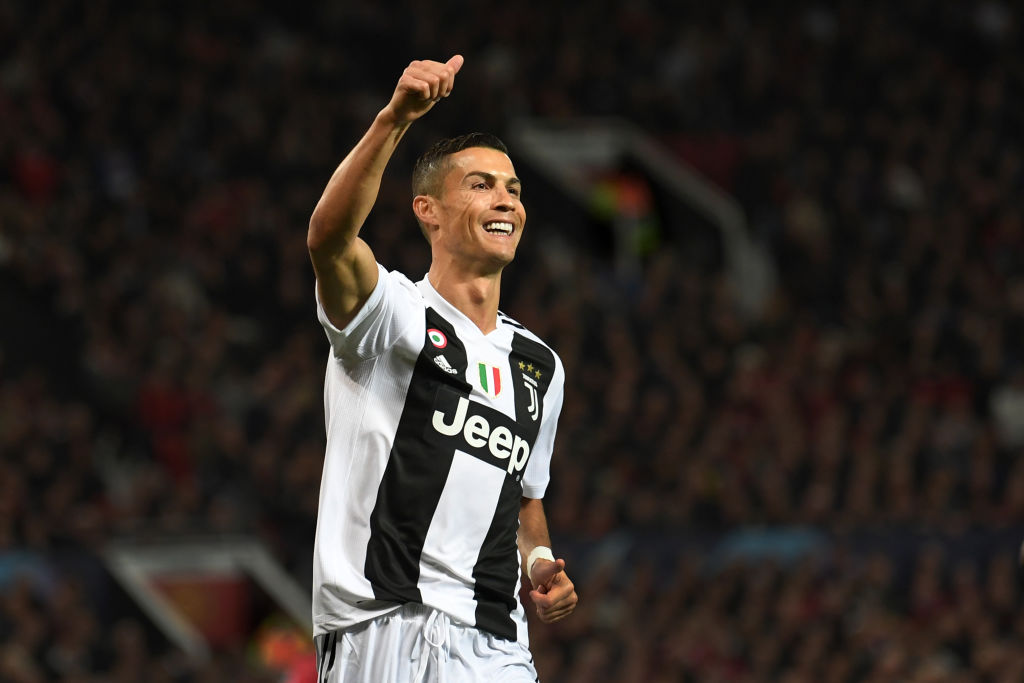 Cristiano Ronaldo shook the world when he tested positive for the coronavirus.

While people are sad that they won't be seeing the football star strut his stuff on the field, his sister Katia Aveiro posted a series of explosive statements on Instagram sharing her views that the test was a sham.

On Wednesday, she wrote on Instagram, "If Cristiano Ronaldo has to wake up the world about COVID-19, I have to say that he really is an envoy of God."

"I think thousands of people will believe in the pandemia, in the tests and in the measures that have been taken, just like me: The biggest fraud I've seen since I was born," Spanish publication AS quoted.

"Today I read a phrase which I stand up to applaud, namely 'Enough of a world of puppets'," she concluded.

Her rant seemed to be directed at the fact that her brother had been the only one to get a positive result and seemed to be a clear statement she didn't believe in the results.

No one else in Portugal's squad and their opponents have tested positive.

The former Real Madrid star is the only footballer forced to miss tonight's game.

Cristiano Ronaldo reportedly asked another lab to test him for the virus after getting two positive tests from the Portuguese FA laboratory.

After Ronaldo's first positive, the non-lab test result said to have come back inconclusive.

On Tuesday, it was confirmed that the Ballon d'Or awardee had tested positive for the coronavirus while he was away with Portugal.

It forced him to withdraw from the game and self-isolate.

The Games Cristiano Ronaldo Will Miss

Express UK detailed some of the games he will miss in the next coming days.

According to a Portuguese football federation statement, "Cristiano Ronaldo was released from training with the national team after a positive test for COVID-19. So he will not face Sweden."

"The Portugal international is doing well, without symptoms, and in isolation."

"Following the positive test, the remaining players underwent new tests on Tuesday morning, and all produced a negative result and are available to Fernando Santos for training this afternoon," they added.

Cristiano Ronaldo won't be part of Juve's Serie A fixture against Crotone on October 17. He also won't make it to the Champions League opener next week.

Meanwhile, if Ronaldo gets a negative test result, he would likely return to action in time for the Champions League with rival Lionel Messi and Barcelona on October 28.

On Monday, Cristiano Ronaldo posted an Instagram photo at a crowded table with his Portugal teammates.

In the photo, no one was seen wearing masks or social distancing.

Despite his teammates not contracting the virus, medical experts believe that COVID-19 symptoms show between two days and fourteen days.

So it's safe not to assume that they're all not infected.

Ronaldo is currently in isolation, though the Portuguese federation didn't release details where he is isolating and how long he would stay there.

Portugal's head coach assured the fans that their superstar is "managing the situation very well."

"He is in the room, saying he wants to play; he talks to us from upstairs," Fernando Santos said.

"He is completely asymptomatic; he is okay without any symptoms. He doesn't even know what happened to him."

Cristiano Ronaldo is the third Portugal player to test positive in the past few days, following Anthony Lopez and Jose Fonte.