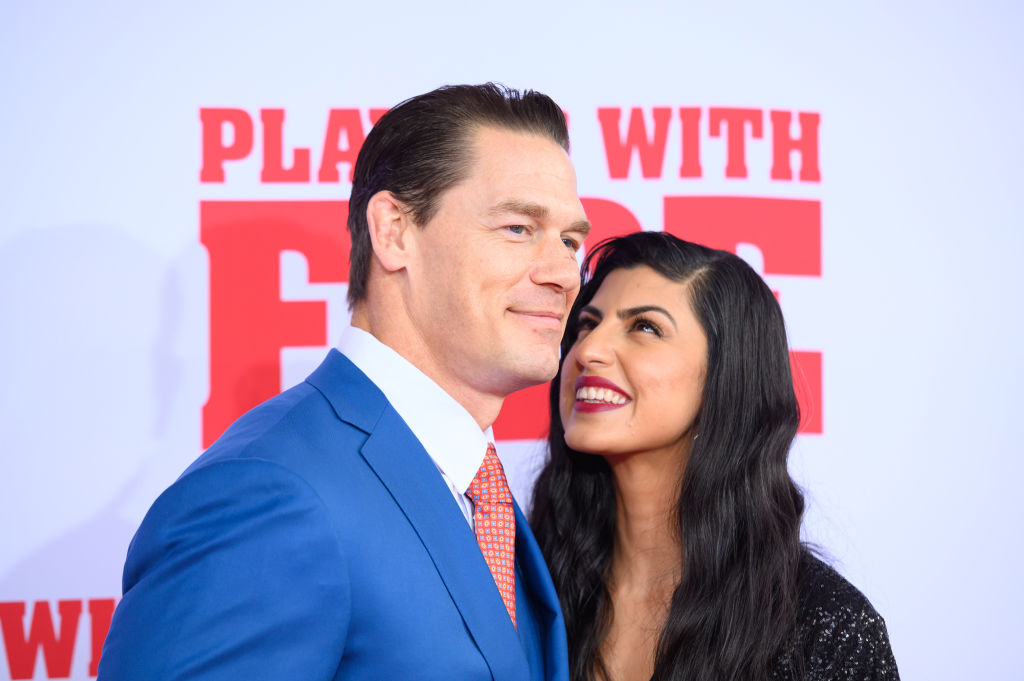 John Cena is now officially off the market.

The WWE superstar secretly wed his girlfriend Shay Shariatzadeh, whom he met in early 2019 following his highly-publicized breakup with former pro=wrestler Nikki Bella.

The "Are You Smarter Than a Fifth Grader?" host tied the knot on October 12, in Tampa, Florida, as cited by PWInsider.

Prior to this surprising news, the 43-year-old Cena hinted about marriage as he shared a tweet about "chasing happiness."

"I will be happy if I only get (x)." This is a great way to mold an entire life spent chasing happiness and never finding joy," he wrote on Twitter.

Did John Cena Propose To Shay Shariatzadeh Earlier This Year?

In February, rumors sparked that "The Marine" actor popped the question after he posted a cryptic quote from a French author, saying: "A happy marriage is a long conversation that always seems too short' - Andre Maurois,"

To add fuel to the fire, Shariatzadeh was also photographed wearing a massive ring on her left hand after the couple was spotted at an amusement park in San Diego.

"They had just walked onto the pier together, giggling and looked over all happy together. I noticed a huge ring on her left-hand ring finger. It looked pretty big," a source shared to Us Weekly. "There were a few other people with them walking behind them. He was super nice about taking a picture with me."

This is Cena's second wedding already after his previous marriage with real estate developer and businesswoman Elizabeth Huberdeau, with whom he tied the knot in 2009.

Unfortunately, Cena and Huberdeau ended their marriage in 2012 due to cheating allegations.

Who Is Shay Shariatzadeh?

Cena and the 29-year-old Vancouver native were first spotted enjoying a romantic four-hour dinner in March 2019. The forme rWWE star was in Canada at the time, filming his comedy film "Playing with Fire" alongside Judy Greer and Keegan-Michael Key.

The brunette beauty works as a product manager at Avigilon, a Motorola Solutions subsidiary based in Vancouver, Canada.

For what it's worth, it is not surprising that the "12 Rounds" actor was captivated by Shariatzadeh. Aside from her stunning looks, she also got brains.

John Cena's wife took up Electrical and Electronics Engineering at the University of British Columbia.

According to her company's profile, she and her family valued education.

"I have always enjoyed math and physics. My brother studied engineering in school, and I remember one day he came home with a project, and it was an autonomous car - and that was it! I decided to study Engineering."

Before meeting his now-wife, John Cena was in a long term relationship with WWE diva Nikki Bella.

The couple started dating in 2012 and he proposed to her publicly in 2017 during WrestleMania 33.

Sadly, in less than a year after their engagement, the two called it quits, ending their six-year relationship. At the time, People cited that he got cold feet as their wedding day got closer.