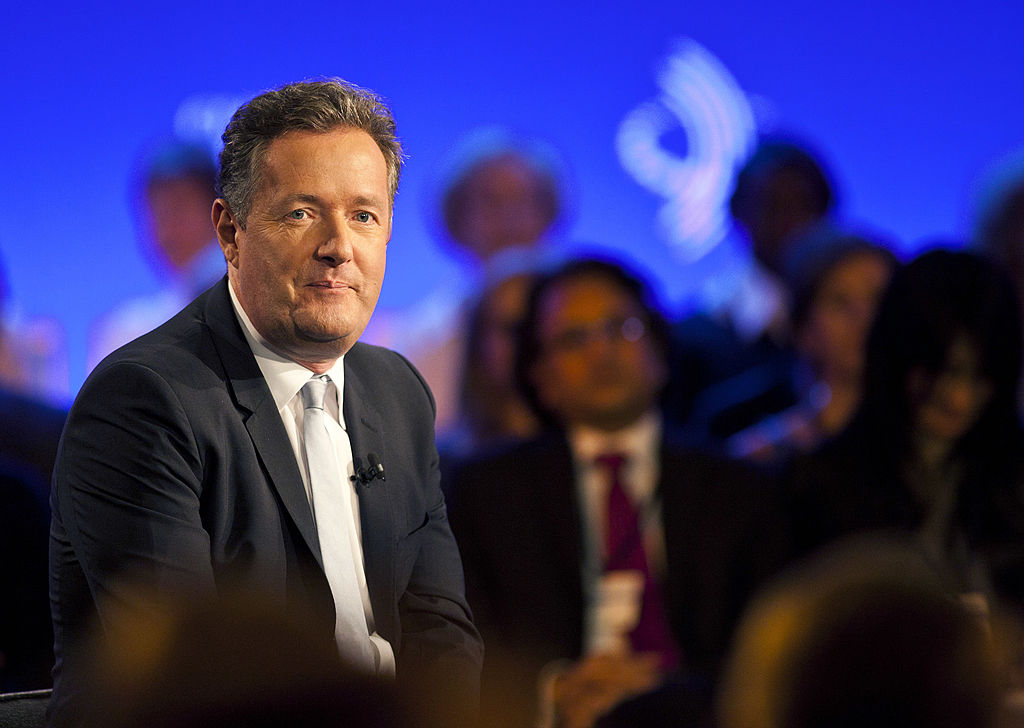 According to the "Good Morning Britain" host, his son has urged him to stop talking about Prince Harry and Meghan Markle during their intimate meals at home.

The 55-year-old is known to be direct with hurtful comments about the Duke and Duchess of Sussex. In his book "Wake Up," he admitted that his middle son Stanley asked him to zip it with his comments about them.

He wrote, "'Dad, why do you care so much about Meghan and Harry?' Stanley asked over dinner.'"

"'I don't really,' I replied. But even as I said that, I knew it sounded absurd given how much I bang on about them."

In his memoir, he further said that Stanley has requested for him to find other things to focus on.

"'Well, if you don't care, stop making it look like you do!' Stan retorted."

Morgan further said, "He's got a point. Aren't there more important issues for me to be focusing on and getting angry about?"

This revelation came after finding out in February that they have flown by private jet and were paid to speak about mental health at an event.

Though their conversation happened months ago, it seems like there's no stopping Piers Morgan from talking about Prince Harry and Meghan Markle.

On Meghan being 'the most trolled person.'

Once again, Piers Morgan slammed the former "Suits" actress after finding a flaw in her claims that she was last year's most trolled person in an episode of "Teenager Therapy" podcast.

However, the GMB presenter doesn't understand how Meghan could say that all the online bullying damaged her after telling Fortune magazine's "Most Powerful Women Next Gen Summit" that she isn't on social media.

At that time, she said, "For my own self-preservation, I have not been on social media for a very long time."

Following the Duchess' comments, Piers Morgan took to his Twitter to say, "Yet on Monday, the Princess of Victimhood said she found online trolling 'almost unsurvivable.' How, if she never sees it?"

'Strip them of their titles'

Recently, the TV personality has accused the Sussexes of capitalizing on their royal titles and even demanded that the couple ditch their official titles.

Speaking to Express UK on Wednesday, he said that the parents-of-one should no longer be referred to as the Duke and Duchess of Sussex as they seem to "want their royal cake and eat it."

"If they want to be truly free and independent, they have got to drop their titles," he said.

He added, "They want to have all the commercial buyer power of being the Duke and Duchess of Sussex without any need to do any of the dirty little jobs on a wet Wednesday in Stoke when they have to visit an old people's home or something."

"And I think that's not on their agenda."

Aside from those, Morgan believes that Prince Harry and Meghan Markle would also want to be part of Tinseltown sipping tea with A-list actor George Clooney.

However, the host believes "you can't have it all."

"If you want to go off and be celebrities like the Kardashians, then drop the royal titles," he demanded.