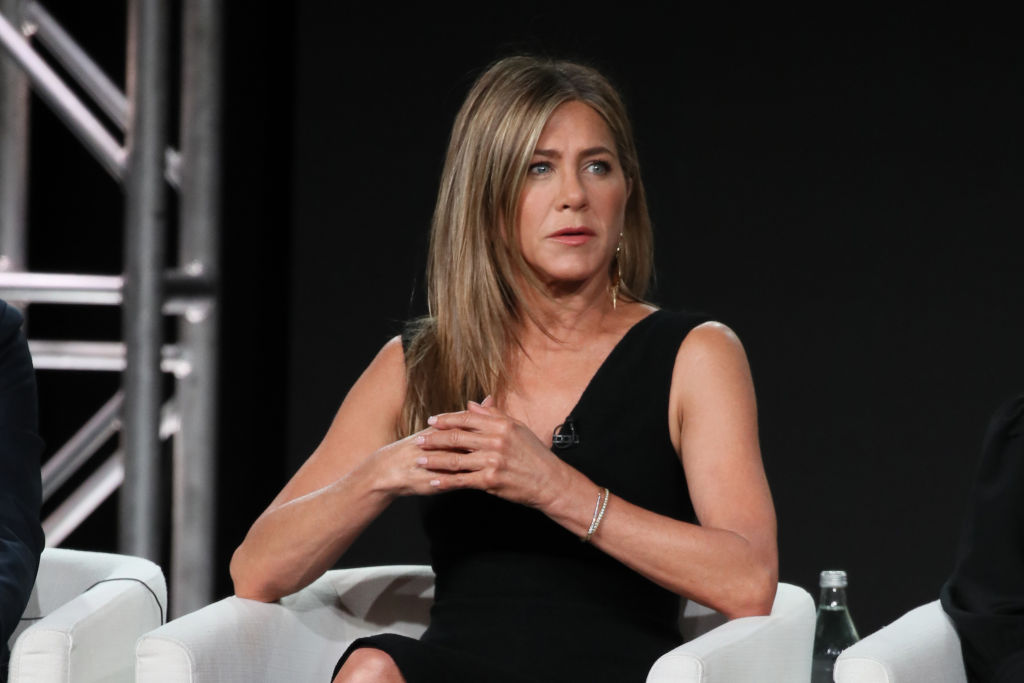 Should Angelina Jolie watch out from Jennifer Aniston?

The "Friends" superstar is said to be writing a memoir, and it would include the story of her love triangle with ex-husband Brad Pitt and Angelina Jolie.

An insider told Us Weekly in June that Aniston was working on her memoir thanks to the journals she has written throughout her adult life.

"It's just a matter of her and her reps deciding the right time to release something," the source shared.

Jennifer Aniston and Brad Pitt started dating in 1999, during the time both were just beginning to receive their superstardom.

They got engaged and then later got married in. super-private ceremony in Malibu.

For the next couple of years, the former power couple was known to be Hollywood's hottest.

However, in 2004, Pitt was cast in a movie alongside Angelina Jolie for "Mr. and Mrs. Smith."

Almost immediately, rumors of Pitt and Jolie canoodling behind his wife's back. Pitt denied all tabloids' claims; however, by early 2005, he and Aniston already called it quits.

Aniston wasn't worried about Pitt working with the "Tomb Raider" star before their film.

However, no matter how much trust there is in a relationship, cheating is common. The temptation is difficult to overcome.

No one could've predicted the drama that was waiting for Aniston, Pitt, and Jolie.

In fact, the "Morning Show" star even said something sweet to Jolie right before everything turned sour.

She met Angelina Jolie one time, recalling, "I pulled over and introduced myself."

"I said, 'Brad is so excited about working with you. I hope you guys have a really good time.'"

That was a year before Brad Pitt, and Jennifer Aniston divorced.

In an interview with Vogue, Angelina Jolie said that Brad Pitt was a massive surprise for her.

"I think we were both the last two people who were looking for a relationship. I certainly wasn't," the mom-of-six claimed.

"Because of the film, we ended up being brought together to do all these crazy things, and I think we found this strange friendship and partnership that kind of just suddenly happened," she gushed at that time.

It was a few moments during their film production when Jolie realized how she was always excited to go to work.

"Whether it was shooting a scene or arguing about a scene or gun practice or dance class or doing stunts - anything we had to do with each other, we just found a lot of joy in it together and a lot of real teamwork," Jolie shared.

Of course, Jennifer Aniston was hurt and offended by Jolie's comments.

She claimed, "There was stuff printed there that was definitely from a time when I was unaware that it was happening."

The blonde beauty believes that the details Jolie revealed were "a little inappropriate to discuss."

"That stuff how she couldn't wait to get to work every day? That was uncool."

Now, Jennifer Aniston and Brad Pitt are great friends, while he and Angelina Jolie are battling it out in court amid their divorce.

Pitt has also moved on from the two ladies and is currently dating 27-year-old Nicole Poturalski.

Both Aniston and Jolie are not seeing anyone.