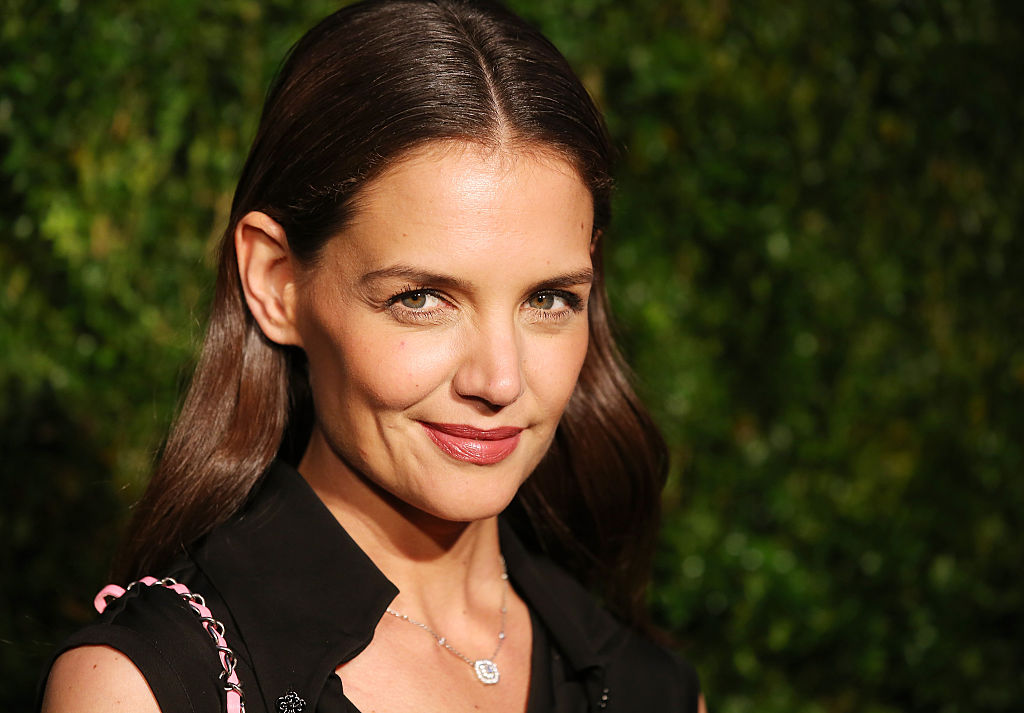 A few weeks of dating, are Katie Holmes and Emilio Vitolo Jr. tying the knot soon?

According to Woman's Day October 19, 2020 issue, the lovebirds were spotted touring a catholic church in his neighborhood last week.

Insiders told the outlet that it's no surprise they're already taking their relationship to the next and more permanent level.

"They're both so ready and would do it tomorrow if they could," a source tattled to the publication.

The 41-year-old former Mrs. Cruise and her 33-year-old Italian chef beau are raised Catholics by their parents.

As per the insiders, it explains why the couple was spotted scouting a venue at St. Patrick's Cathedral, just near his Italian restaurant in New York.

"Marrying in a Catholic church would be the most fitting final middle finger from Katie to Tom before she closes that chapter of her life forever."

They added, "Emilio makes her feel amazing, so different from what he ever did."

The source further claimed that Katie Holmes couldn't wait to marry Emilio Vitolo Jr. as she can't get enough of him and have never felt something like this before.

"She doesn't want a celebrity wedding," the insider dished. "In fact, she'd be okay if it was just Emilio, her, a priest, Suri, and a couple of friends and family."

Her "future" wedding will be a stark contrast to her previous ceremony in 2006 to Tom Cruise. They wed in an Italian castle in 2006, which was attended by high-profile Scientologists, including the leader, David Miscavige, as the best man.

"To this day, Katie regrets that wedding," the source revealed.

"She is head over heels for Emilio - they have barely been apart for a few hours since they got together."

However, one should take the outlet's report with a grain of salt. There's no official confirmation that Katie Holmes is getting married to Emilio Vitolo Jr. pretty soon.

At war with Emilio's mom

Though the couple is extremely happy than ever, the chef's mom, Lourdes, is said to be unhappy with their hasty relationship.

She didn't like how her son left his fiancé, Rachel Emmons, for Katie Holmes.

As per Page Six, Lourdes, who didn't join the couple and Emilio's dad out for lunch, learned of her son's decision via text after being pictured in a public make-out session with Katie.

"Lourdes thinks she brought him up better than that," the source said. "She didn't think he handled this well at all."

Katie Holmes wasn't shy of showing off her new flames as she was spotted by photographers and onlookers looking like a giddy teenager.

The mom-of-one is said to be "happier than ever," with one of The Sun's sources revealing, "She's hot and very heavy with Emilio."

"He's been taking her on a dining odyssey to his favorite hole-in-the-wall places around Manhattan, and Katie is all over him when they go out in public."

They added, "She doesn't care who sees them - and nor does he."

People are worried about Katie

However, friends of the "Dawson's Creek" star are worried she is falling a little too fast and hard for Emilio.

"Emilio is very charismatic and charming and has women falling at his feet. People close to Katie are scared; this will end in tears for her."

In August, Emilio Vitolo Jr. and his then-fiancé Rachel were still engaged and living together, but abruptly broke up with her after Katie Holmes showed some interest.

An insider told WHO, "Rachel is shocked. They were planning a wedding and their future together. It's like she never knew Emilio."