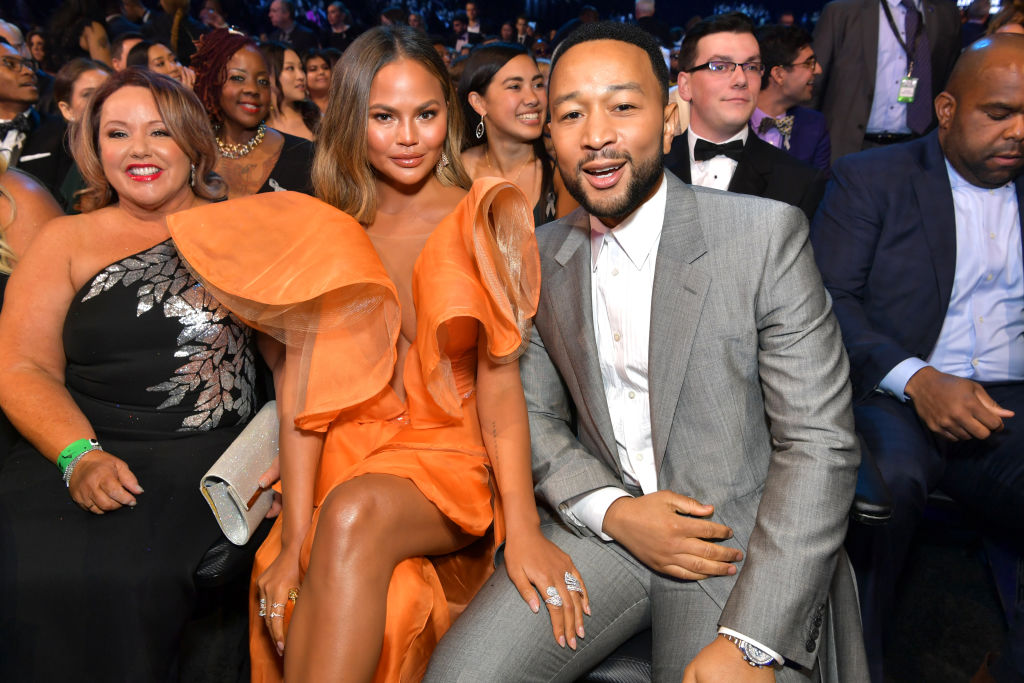 John Legend and Chrissy Teigen are still mourning the lost of their third child to miscarriage, but they are staying strong.

In a message dedicated to his wife, Legend revealed that he is still hurting, not just for himself but also for his wife.

Beyond the grief, however, there is a massive sense of pride for his wife.

As reported by CNN, on Wednesday night's Billboard Music Awards, the singer rendered an emotional performance of "Never Break," which he dedicated to his wife.

While everyone thought that was already tear-jerking, he also penned a heartfelt message for his wife, praising Teigen's strength.

"This is for Chrissy. I love and cherish you and our family so much," Legend wrote on IG in a post that showing footage of his performance. "We've experienced the highest highs and lowest lows together. Watching you carry our children has been so moving and humbling."

The gesture was not lost to Teigen, who is pretty active on social media and being open about what she is going through in the aftermath of the miscarriage.

"We are quiet but we are okay. Love you all so much," Teigen wrote in the caption.

View this post on Instagram
We are quiet but we are okay. Love you all so much. A post shared by chrissy teigen (@chrissyteigen) on Oct 16, 2020 at 1:53pm PDT

Chrissy Teigen and John Legend announced the death of their son, Jack, on their social media channels on October 1. It was truly a tragedy given how open Chrissy was about her excitement for the baby. It was supposed to be their "little quarantine surprise," as Legend put it, because it was conceived naturally.

For weeks, Teigen had been updating her fans about the unique challenges that the third pregnancy posed, unlike her first two children. While it was obvious she was tired most of the time, she was beyond excited to have a third baby.

However, after Teigen was admitted to the hospital due to bleeding for "a little less than a month," the miscarriage happened. The couple, as generous as they were about the happenings of the pregnancy, did not keep the whole thing a secret. They also shared their grief openly, which experts said is the right thing to do.

"We are shocked and in the kind of deep pain you only hear about, the kind of pain we've never felt before," read the statement shared on their respective social media accounts.

They added that they were never the kind of parents to name their kids even before they were born, but somehow, they started naming their baby boy "Jack."

"He will always be Jack to us," the statement further read. "Jack worked so hard to be a part of our little family, and he will be, forever."

Legend and Teigen have two children, Luna and Miles, who were conceived through IVF. Teigen said she never thought she could ever conceive naturally.