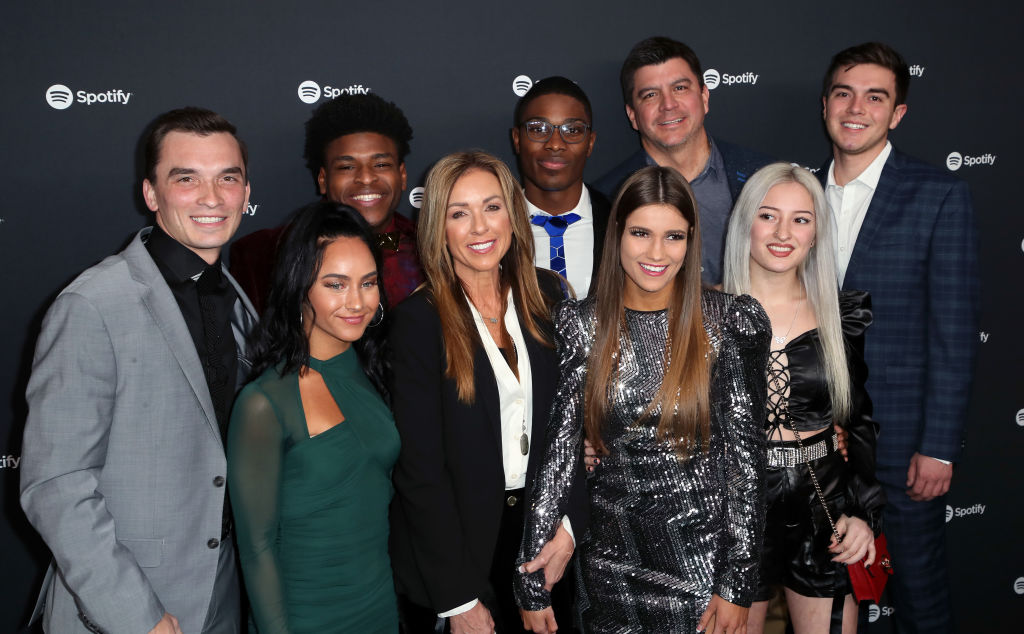 It eventually figured into a scandal, but we still love "Cheer" the docu-series. This is why it is our top choice in this People's Choice Awards prediction for Bingeworthy Show of 2020.

Not our eternal love for cheerleading and the catfights that go behind it withstanding, the show is truly addictive for many reasons. Here are three reasons why we think if you have not yet, you will watch the whole thing in one seating.

We just wish we can flip, tumble and somersault like that. Why is it that we are born to be one of those who can crack their backs just because they are going to pick something up from the floor? Or lose our footing by mere jumping?

The series focuses on the literal and figurative ups and downs of Navarro College's competitive cheer squad as they were subjected to remarkably intense training for the NCA College Nationals in Daytona, Florida.

No Shortage of Drama

What makes the show so much fun to binge is because it is full of emotions and drama. Drama is no fun in real life, but hand us a bowl of popcorn and it can be our favorite thing in the world--to watch. Most viewers who have watched the show are not cheerleaders, and yet because of it, they fell in love with it as if it's a sport they are all involved in.

Viewers got invested in the characters--Morgan, Jerry, and Monica, us included. Most said they did not expect it to be an emotional rollercoaster.

We would literally take a bullet for Morgan because of her bad childhood and determination to surpass it; think Jerry was an unbelievable ball of positive energy that we would have wanted to be around in, and; want someone like trainer Monica in our lives to keep us scared yet motivated.

Monica Altama's coaching style is probably something that would make us cry in real life, but It works, and it's certainly nothing personal. She wants the whole team to win and for the girls to make their dreams.

The Scandal That Won't Change Our Vote

Unfortunately, Jerry Harris  was charged with the crime of child pornography last month. He had been taken into federal custody since his arrest last month.

The fan-favorite is now said to remain behind bars for pending trial on charges forcing teenage boys to send him nudes and other obscene photos and videos of themselves. He is also accused of soliciting sex from minors at cheerleading competitions.

Our love for him as we binge-watch the show naturally got shattered. So if we say we loved his energy, it is in the past tense until he's proven not guilty, which may not happen since he allegedly admitted to sexual misconduct involving five to 10 victims.

But our love for the whole show and why we think it is the binge-worthy show of the year does not change. We truly BINGED our hearts out when the scandal did not break out yet.