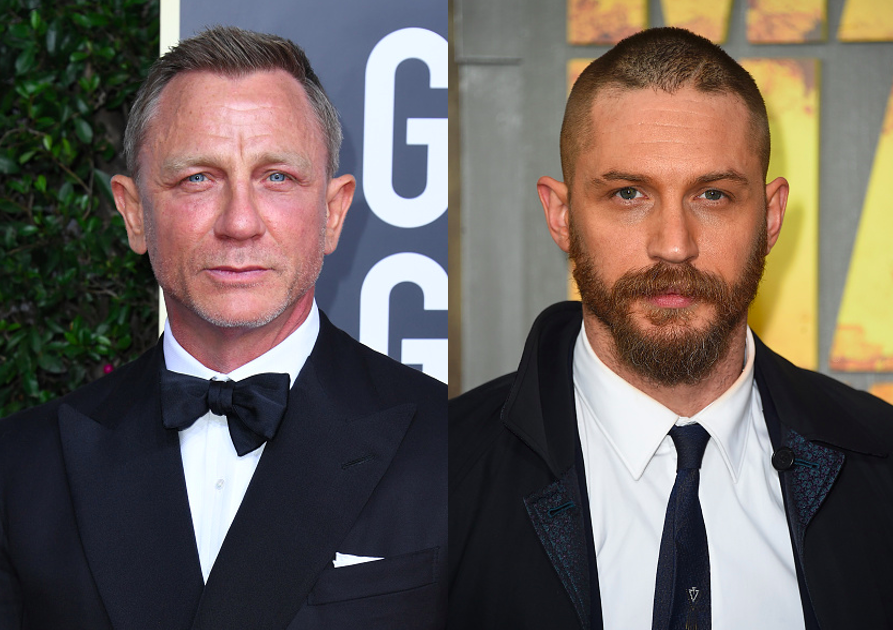 Daniel Craig is on his last installment for the role of James Bond in "No Time to Die."

His final film was supposed to be released in April 2020, but there will be delays because of the coronavirus.

"No Time to Die" will be released next year.

Since this is Craig's final Bond film, executives still have yet to confirm who the next James Bond will be.

The top choice to bag the role is Tom Hardy.

Unfortunately, Daniel Craig is reportedly not happy if he becomes the precedent.

According to OK Magazine's October 26, 2020 issue, the 52-year-old actor feels "it's premature to talk about Tom being. Shoo-in since the movie won't even come out until next April."

Their source revealed, "It's tacky and underhanded for Tom's people to be leaking this news like he's got the job."

While the "Peaky Blinders" actor is a strong contender to land one of Hollywood's most coveted roles, "the truth is there's serious competition from other Brits."

The source named Tom Hiddleston, Henry Cavill, and Idris Elba as the possible next James Bond.

"So Daniel would have for Tom's people to cool their jets."

There's also a huge possibility that Daniel Craig would change his mind about reprising the role.

"It's happened before," the source pointed out. They added that in 2015, Craig said he'd "rather slash his wrists" than play the iconic role again.

"Tom shouldn't assume that Daniel is out of the picture."

Since September, Hardy is rumored to be taking part. However, nothing has still been officially confirmed or denied yet.

According to The Vulcan Reporter's article in September, they claimed that Hardy has already signed up to play the sole since he auditioned for James Bond in June.

In 2018, former James Bond star Pierce Brosnan told the Daily Mail that Hardy was up to the job of playing the British spy.

"Daniel Craig has been an incredible Bond. He's very physical; he looks lethal."

Brosnan added, "You genuinely believe this is someone who could kill a man."

Speaking of Tom Hardy as James Bond, Brosnan said, "I think Tom Hardy could be a good Bond. I'd be happy to see him do it."

He claimed that the James Bond actor should be someone who can put "wiggle into it."

However, it's best to take OK Magazine's report and other rumors of Tom Hardy being the next Bond with a grain of salt.

There is no confirmation yet of who will be the next Bond.

Who is the Next Bond?

Producer Barbara Broccoli said she wouldn't be naming the next 007 until Daniel Craig's final movie debut in theaters.

Craig has already confirmed that "No Time to Die" will undoubtedly be his last.

Fans are speculating that it's Tom Hardy who will be replacing him.

Broccoli said, "I always say, 'You can only be in love with one person at a time.' Once the film's come out, then some time will pass, and then we'll have to get on to the business of the future."

She added, "But for now, we just cannot think about anything beyond Daniel."

READ MORE: Jordyn Woods No. 1 Fan: Karl-Anthony Towns Supports Her Being on OnlyFans