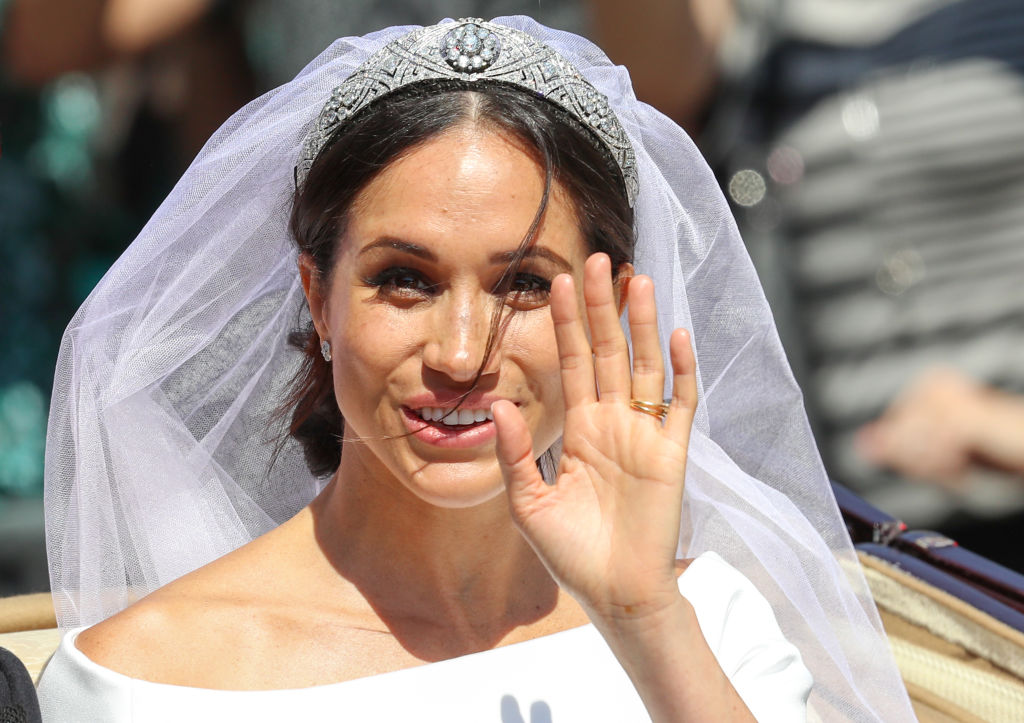 Ever since Meghan Markle married into the Royal Family, left and right rumors suggest that she has brought tension not just with her sister-in-law, Kate Middleton, but to the entire Buckingham Palace in general.

One of the famous accounts of her alleged "diva attitude" was when the Duchess of Sussex chose a tiara for her wedding day. According to reports, the single accessory that the 39-year-old former "Suits" actress used during the 2018 royal wedding has sparked irritation among royal aides.

It was also when her ever-loving husband, Prince Harry, somehow declared how much he is willing to bend the royal protocols to please his wife.

Choosing the tiara for her wedding day might have been a blissful moment for Meghan Markle, however, but it resulted in a nightmare as the 35-year-old Duke of Sussex got upset when the royal aides did not give what her wife initially requested.

In the new book "Battle of Brothers: William and Harry - The Inside Story of a Family in Tumult," royal historian Robert Lacey claims that the tiara choosing moment was ruined when Queen Elizabeth II puts Meghan into her place.

According to Lacey, the awkward moment went down after Prince Harry scolded the royal staff after his then-fiance demanded to wear her first-choice of the tiara, but the team working on the wedding refused to give her requests.

It was the time when the Duke allegedly said that staffers should make way for his soon-to-be-wife and told them "what Meghan wants, Meghan gets."

Apparently, the 94-year-old monarch was not pleased to learn about Prince Harry's declaration.

"Not for the first time, nor sadly the last, the word 'no' pushed a button inside him, and he flew into a rage," Lacey wrote.

"There were dressers and flunkies present, guarding and organizing the jewels, so it was inevitable that his now-famous exclamation should find its way to the outside world-What Meghan wants, Meghan gets," he added.

The royal expert claims that Queen Elizabeth II slammed the couple and showed that she will still have the last say in all the decision-making.

"Her Majesty did not approve. 'Meghan cannot have whatever she wants,' was reported to have replied. 'She gets the tiara that she's given by me," Lacey claims.

Other Side of the Story

While Queen Elizabeth II appears to give a sour treatment to the new couple, another report claims that the tiara choosing has been nothing but an enjoyable bonding moment between the Queen and the Duchess.

Based on Omid Scobie and Carolyn Durant's bombshell Sussex book, "Finding Freedom," both parties had a wonderful time during the tiara selection process.

Speaking to "The Royal Beat," Scobie reiterated his claims and said: "The tiara selection went wonderfully. The Queen was very happy, Meghan was very happy."

"In fact, Meghan's words when that story came out were 'how sad, I love my tiara,'" the royal expert said, as per Mirror.