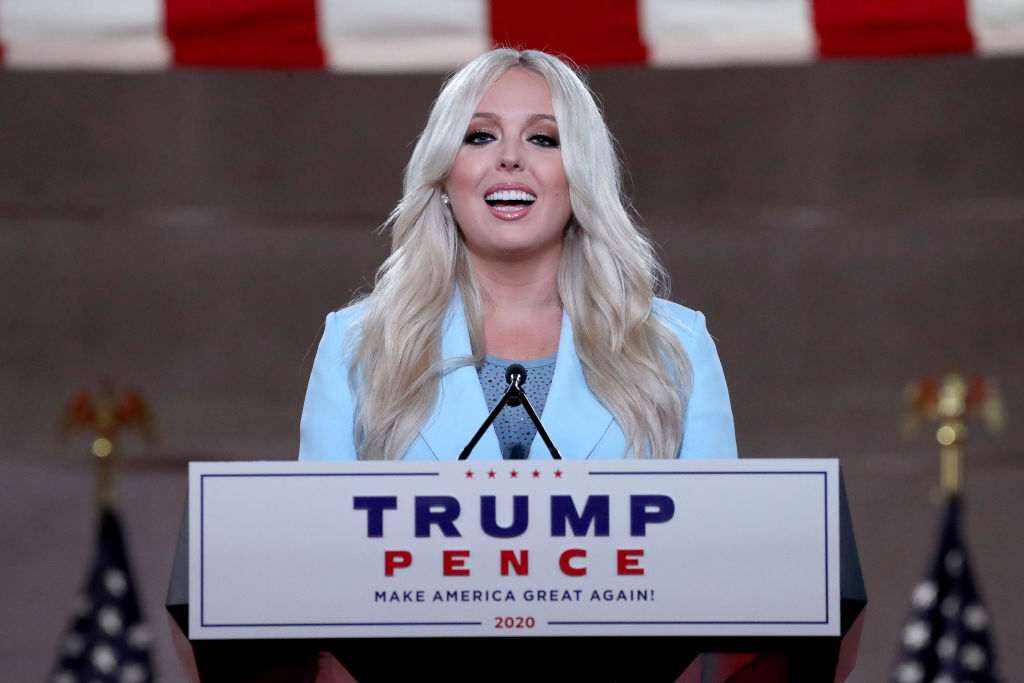 Tiffany was being mocked on Twitter after a video of her surfaced from a "Trump Pride" event in Florida.

In the video, she gave a rambling speech about her dad's support for the LGBTQIA+ community.

However, there's one thing missing in the acronym. Tiffany left out the "T" in LGBTQIA+.

Thinking of the current POTUS' treatment of the entire transgender community during his tenure in the White House, many people weren't shocked that there's a genuinely offensive omission in an event that was supposed to promote inclusion.

In the video uploaded by Louis Virtel on Twitter, the first few seconds showed Tiffany danced her way to the platform before she started her speech.

"It's such an honor to be here to speak, truthfully, honestly from my heart."

The offensive part came in the part of her speech where she said, "I know what my father believes in. Prior to politics, he supported gays, lesbians. The LGBQIA+ community!"

Tiffany Trump's speech only mentioned gay, lesbian, queer, intersex and asexual, and nothing on transgender.

"Unfortunately, and you see on social media, you see these fabricated lies. It saddens me."

She then reportedly touted that she had a ton of gay friends who also support her dad.

"My father has always supported all of you," to which erupted into applauds and yowls.

The blonde personality also ended her speech, saying that her dad "can't be bought off," which is not even connected to what she was initially saying.

Another person ranted, "Seeing Tiffany Trump try to label her father, someone who banned trans people from serving in the army, tried to change the legal definition of gender & worked to make it possible for LGBTQ people to be discriminated against as an LGBTQ 'ally' makes my skin crawl as an LGBTQ person."

One thought it was a parody, that she had to "start this over several times to make certain it wasn't."

A Twitter user asked why she keeps doing it, then another person responded, "Well, she doesn't want to be kicked out of the will."

Another person felt bad for Tiffany, saying, "Trump never wanted a kid from Marla Maples. Even her older siblings didn't have a relationship with her for years. Sadly, she has to sell her soul to be included in his will."

Meanwhile, others don't know who she is at all.

"Who is she? And why is she acting like she own the Miss Universe pageant or something and now she's addressing all her fans?" to which one responded, "There's like 15 'fans' there."

READ MORE: Gwen Stefani 'Walks Away' from Blake Shelton: Couple Is Secretly Over?