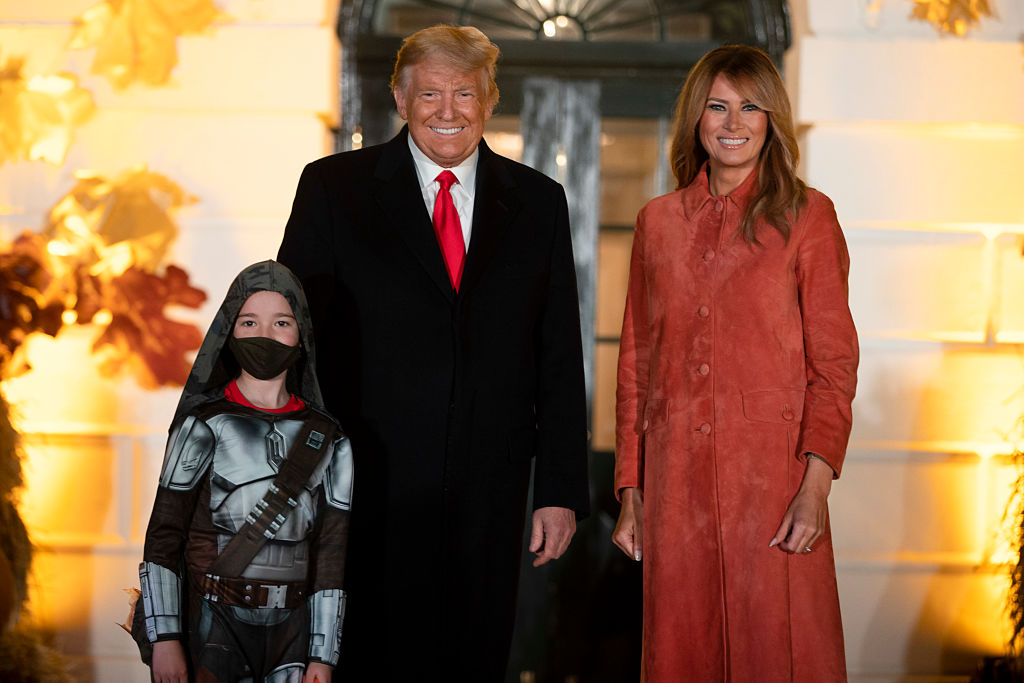 Did Donald Trump use a body double of his wife, Melania Trump?

#FakeMelania trended on Twitter after a photo of the FLOTUS smiling with the POTUS went viral on Sunday.

Many social media users believe that Trump is being accompanied by someone who looks like Melania, but not really Melania.

The photo taken on October 22, 2020, was brought back from a year-long conspiracy theory that there's a Melania Trump body double who attends public events to take the place of the actual Melania.

Rumors of her being replaced with a lookalike fueled when a picture of her boarding the plane on the White House's South Lawn last week surfaced.

Taken by Getty Images, it is said to be taken when she was on her way with Trump to his final presidential debate.

Writer and director Zack Bornstein tweeted, "The only thing I'll miss from this administration is them swapping in new Melania's and just pretending we won't notice like a 4-year-old with a guppy."

Several Twitter users took note of the "slight difference in her appearance."

Some also pointed out that the body double had a "broad smile," unlike Melania's signature "subtle grin."

However, it seemed like the entire thing just stemmed from her smiling widely.

@Stephan03959980 said, "Folks, there is a body double running around for Melania. Know how I know? She's smiling."

Another tweeted a series of pics of the 50-year-old mom-of-one not grinning.

"Good luck finding any photos of Melania smiling like that," they said.

They also noticed how the lookalike wore a pair of dark sunglasses that mostly covered her face.

Meanwhile, there were a few other people who joined the debate but only refuted the conspiracy theory.

@TaraHen31 said, "It's Melania. Why bother with weird conspiracies when we're already inundated with real corruption and scandals?"

Comparing photos of the impostor and actual Melania Trump taken minutes earlier by Getty showed that it's really the Slovenian former model and not a fake.

Still, that didn't stop Twitter users from seizing on the theory anyway.

This latest conspiracy theory about Melania Trump came after the 2017 incident, as well as photos from a 2018 trip to Ohio with the President to a 2019 trip to Florida.

In October 2017, social media users zeroed in on Melania's clip standing behind Donald Trump as he spoke to reporters about hurricane relief for Puerto Rico.

In the briefing, Trump pointed out Melania's presence even though it was clear that she was right there.

"My wife, Melania, who happens to be right here."

Conspiracy theorists speculated the comment, saying that Trump mentioned Melania's presence to cover that she was actually not Melania.

Social media users have been claiming that there was something off with the First Lady, which included subtle differences in her appearances.

This included looking shorter in height or having darker hair.

Melania Trump's mood also comes into play since she's often seen looking serious and not a smiley-type of person.

Just like the previous times she pulled her hand away from Trump, Melania also did it most recently at the final presidential debate.