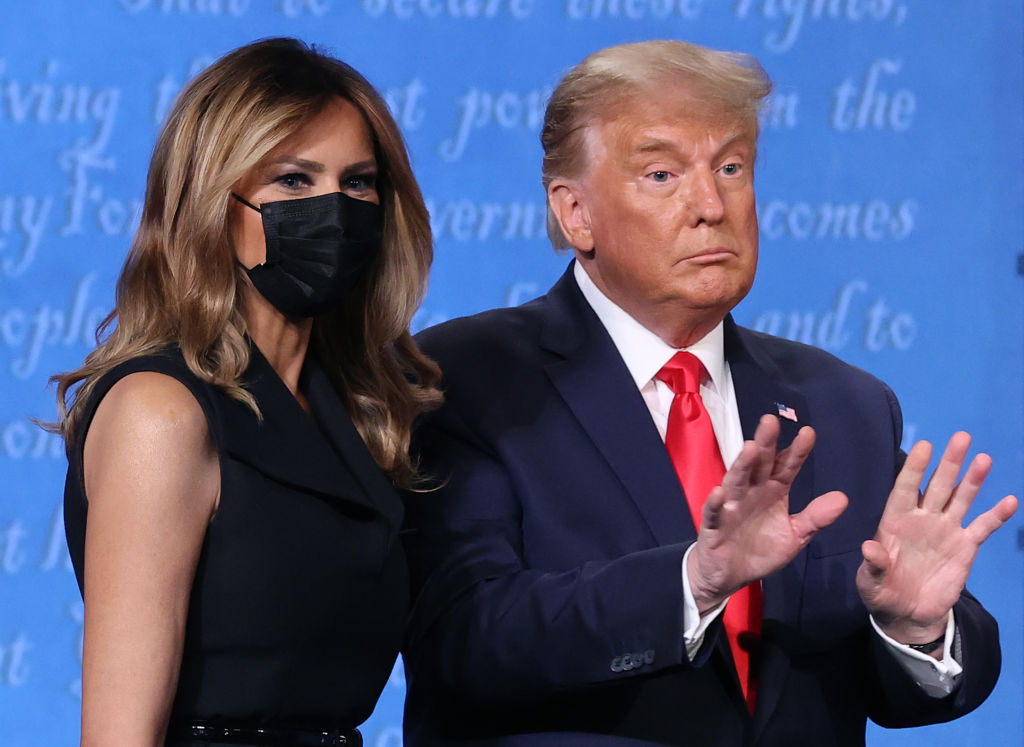 Many have been revealed about Melanie Trump and her husband, Donald Trump, thanks to her former friend, who wrote about it in a new book.

Despite the fact that the First Lady is one of the most photographed women globally, Melania Trump remains a mystery to many Americans.

Her cold exterior has sparked claims that she's trapped in a sham marriage, which later inspired the movement "Free Melania."

According to Who AU magazine, women who know her best have claimed she is content with her life and where she is now.

Stephanie Winston Wolkoffbecame Melania's friend after meeting in 2003 when she worked at Vogue magazine as a PR manager.

When they first met, Melania Knauss had already been dating the billionaire business for three years and was months away from announcing her engagement.

In her book, Stephanie claimed, "Melania and Me: The Rise and Fall of My Friendship with the First Lady," "She's not unhappy. She's complicit. She's the same as her husband."

What developed between Melania and Stephanie was fifteen years of friendship that included lunches and out-of-town trips.

Stephanie was able to see how her then-friend transformed from model to wife to the First Lady.

She wrote in her book, "From gold plated to 24-carat."

Following Trump's win in 2016, Stephanie was right beside Melania, the "sister she never had."

When Trump was inaugurated, Stephanie was invited to have a vital role in the West Wing. She would be working with Melania Trump as her aide.

"Melania doesn't want people to know who she is or what she is," Stephanie revealed. "By keeping up that steel wall, she doesn't have to answer to anyone."

But despite Trump's numerous cheating scandals and sexual misconduct while married to Melania, Stephanie explains that their marriage isn't a typical one.

She claimed that it's closer to a business arrangement, saying, "It's a transactional marriage. Everything is planned and strategic."

The author also admitted that while Donald and Melania Trump have a different marriage, Melania is said to be happy with her life of luxury and "has no expectations that her husband would be faithful."

The mom-of-one's willingness to accept her life can be traced back to her childhood life in Slovenia, where she only dreamt of privilege and wealth.

Stephanie went to lunch with The First Lady after the Access Hollywood tape was leaked in October 2016.

In the audio, it could be heard that Trump was laughing about grabbing a woman without her consent.

It was said to be recorded in 2005, and at that time, Melania has been married to Donald Trump for less than a year and was pregnant with Barron.

Stephanie expressed concern for Melania, but she just brushed it off.

Her reported response was, "Don't feel sorry for me. I know who I am married to."