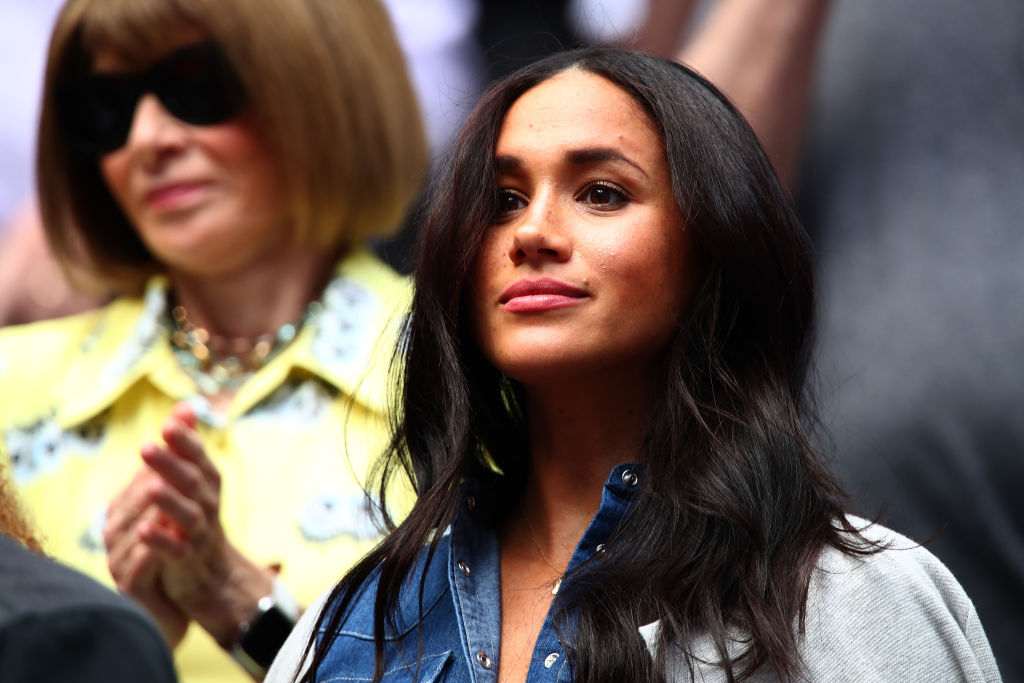 After four months since receiving online backlash, Meghan Markle's estranged best friend, Jessica Mulroney, is back on social media and ready to celebrate her milestones on the platform.

Over the weekend, the 40-year-old Canadian stylist took to Instagram to celebrate her wedding anniversary with her husband, Ben Mulroney. Although Jessica did not mention what she is celebrating, the photo suggests that she is marking a milestone with Ben, whom she married in October 2008.

"After a few rough months, something to FINALLY celebrate," Jessica wrote alongside a smoochy selfie shot with her 44-year-old TV host and son of former Canada prime minister Brian Mulroney.

"Thank you for being by my side Benny," she added.

But while the TV personality was in full celebratory mode, it looks like she took a jab against her former BFF, Meghan Markle, who ditched their friendship after getting involved in a scandal.

Mulroney said that the experience thought her so much, especially the fact that the situation revealed who her real friends are.

"We've learnt so much. Thank you to our true friends for sticking by us. We could have never made it without you," Jessica explained.

"Silver lining: we finally know the a**holes who we thought were our friends. Best gift we could have ever been given," she added.

In the end, Jessica apologized for her "manners" probably referring to the explicit term she used to describe her fake friends.

View this post on Instagram
After a few rough months, something to FINALLY celebrate. ️ Thank you for being by my side Benny. We’ve learnt so much. Thank you to our true friends for sticking by us. We could have never made it without you. Silver lining: we finally know the a**holes who we thought were our friends . Best gift we could have ever been given. Pardon my Manners ️ A post shared by  Jess Mulroney (@jessicamulroney) on Oct 23, 2020 at 4:03am PDT

Jessica's post came a few months after she had an online war with Canadian lifestyle blogger Sasha Exeter.

It all started when Exter posted a call-to-action content on her Instagram, asking white influencers to use their platform to magnify the "Black lives Matter" movement efforts.

Jessica took offense to the social media post and responded by attacking Exeter. The feud escalated quickly after Exeter revealed that Mulroney threatened to call companies she has worked with.

After Exeter exposed her private Instagram war with Mulroney, the fashion stylist apologized through the comment section. But everything backfired to Jessica she threatened Exeter with a libel suit via Instagram DMs.

Fall Out With Meghan Markle

During the height of the Mulroney-Exeter Instagram war, a source told the "Daily Mail" that Meghan Markle was "absolutely mortified" when Jessica dragged her into such mess.

The Duchess of Sussex allegedly decided to distance herself from Mulroney after the tone-deaf racist war.

The insider said that the 39-year-old Duchess believes that "friends reflect friends," that is why she decided not to be associated with Mulroney anymore, or at least in the public eye.

But in a deleted Instagram post last month, Jessica addressed the rumors surrounding her friendship fallout with Meghan Markle.

"I'm going to tell this once and for all. Meghan and I are family. She is the kindest friend and has checked up on me every day," Mulroney wrote.

Another insider claims that Meghan stood by Jessica and supported her behind closed doors.