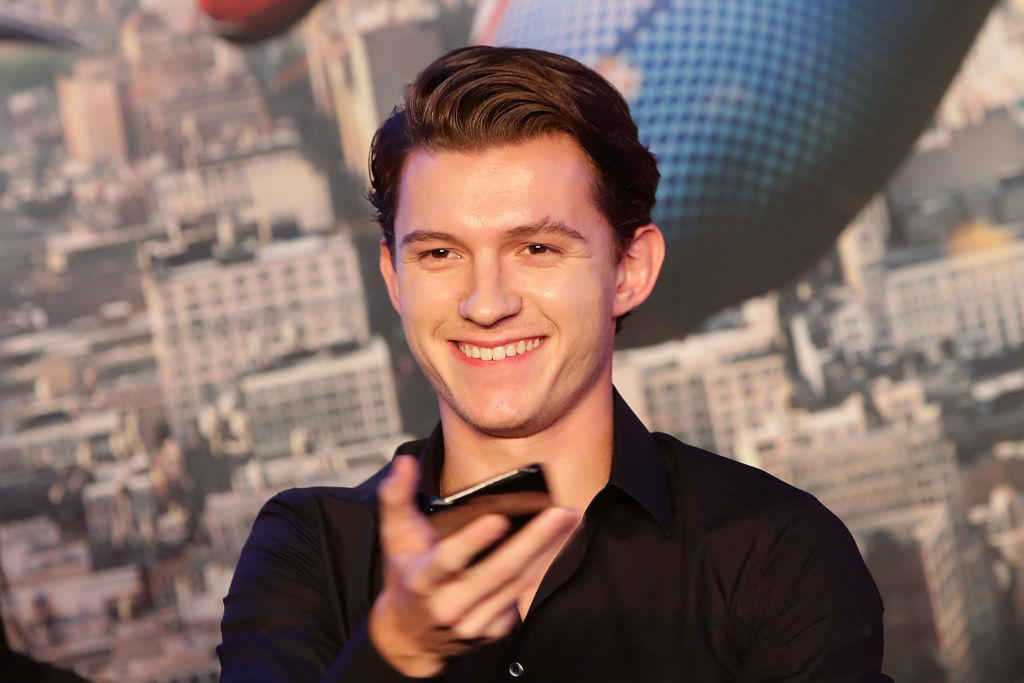 After revealing the first look of his character Nathan Drake for the movie "Unchartered," Tom Holland is on a roll on social media, giving his followers some teasers for the third installment of Spider-Man movie.

Tom Holland is notorious for leaking major spoilers from the said Marvel movie. That is why fans do not blink an eye every time the actor drops an update to Spider-Man Homecoming and Spider-Man Far From Home sequel.

In an Instagram story entry earlier this week, the 24-year-old actor revealed that he just flew to Atlanta to kick off the filming of Spider-Man 3. In the short clip, Holland just steps out of the plane sporting a sweat shit, baseball cap, and face mask.

"OK, so we just landed in Atlanta, and it's time for Spider-Man 3!" Holland said enthusiastically.

In a follow-up entry, the English cutie confirmed that he would be spending the next five months filming for Spider-Man 3. He will probably be in a "lock-in" production, where all cast and crew will be quarantined in the same place to avoid contaminating coronavirus during the entire filming period.

As he gets cozy in his Atlanta home, Holland excitedly shared that he just received a package with an Ipad, which contains Spider-Man's third installment script.

"So I just got home, I'm in Atlanta, I've just been delivered a package, that package is an iPad and on that iPad is a script," Holland said.

"And that script is Spider-Man 3, so I'm about to find out what I'm going to be doing for the next five months," he added.

But Holland, who is known for accidentally giving away spoilers to viewers, promised to keep his mouth sealed this time, saying he has learned his lesson.

"I'm not going to tell you anything about it because I've learned my lesson," the actor quipped.

But in true Tom Holland fashion, he almost drops the gadget in the middle of recording na IG story, prompting him to worry about breaking the iPad before even getting the chance to read the script.

Good thing, our real-life Spider-Man got some good grip, and the iPad was safe.

"I'm going to read this now, and I can't wait. I'll speak to you all soon," he concluded.

Tom Holland will be reprising his role as Peter Parker on the Marver Cinematic Universe movie, set to drop on December 2021.

However, the schedule is still subject to change as everything could be on hold due to the coronavirus global pandemic's current situation.

Tom Holland has started reading the 'Spider-Man 3' script 'I'm not gonna tell you anything about it, because I learned my lesson' pic.twitter.com/DsDG1UlGy6 — Fandom (@getFANDOM) October 26, 2020

Aside from the lead star, Tom Holland's on-screen love interest in Spider-Man also arrived in Atlanta to join the filming.

In the photos obtained by Just Jared, the 24-year-old actress was spotted arriving at Atlanta airport. She was wearing a mustard jacket, brown pants, paired with a navy beanie as she steps out of a private plane in Georgia on Monday.

READ MORE: Another Ellen DeGeneres? James Corden SLAMMED For Being Mean and Rude