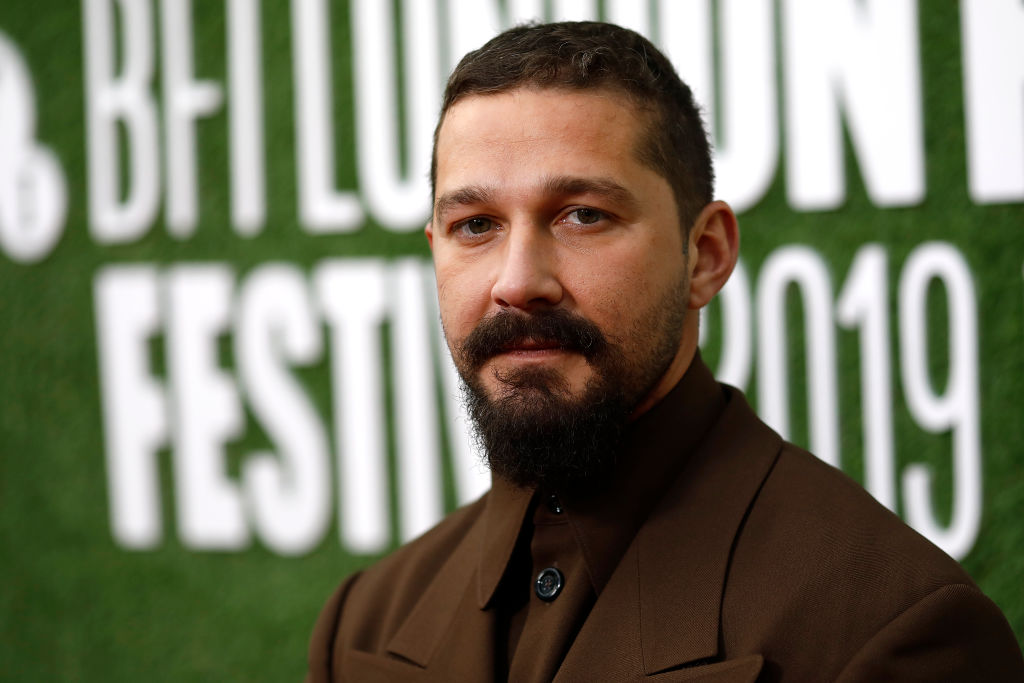 Shia LaBeouf and Margaret Qualley take their art to the next level as they went completely naked for a dramatic music video of the song "Love Me Like You Hate Me."

The said song was written and produced by Margaret's sister, Rainey Qualley, who performs music under the name "Rainsford."

The NSFW video features the duo in a split-screen dancing through the highs and lows of a relationship. But LaBeouf and Margaret's characters gave a dramatic touch to the music video and a naked look at how a dysfunctional relationship works.

Speaking of naked, the actors portraying as loves went on full-frontal nudity with intimate scenes spread out through the nine-minute long video.

The duo performed an interpretative dance depicting their fights and reconciliation moments. It also features intimate scenes in the bedroom and bath.

Song Full of Tenderness and Pain

In an Instagram post, Rainey proudly drops the music video starring her sister and the "Transformers" actor.

"We made a short choreographed film to represent 'Love Me Like You Hate Me' starring my sister @MargaretQualley and Shia LaBeouf," the 30-year-old actress, singer-songwriter wrote.

"Please watch it. It's filled with love and pain and tenderness and rage and real pieces of my heart," she added.

The entire video was choreographed by JA Collective to showcase a relationship from different points creatively.

"[The] split-screen film portrays the tenderness and toxicity of a relationship, presented from the dual, and at times conflicting, perspectives of a couple," the video's press release reads.

"With a gently disorientating structure, the piece builds towards an open-ended resolution that loops back on itself, returning us to where we began," the statement added.

View this post on Instagram
We made a short choreographed film to represent ‘Love Me Like You Hate Me’ starring my sister @MargaretQualley and Shia LaBeouf. Song and score by me and @cameronhale_ . Produced with @metamodernist and choreographed by LA-based dance duo @ja_collective featuring cinematography by @natashabraier with special thanks to @oliviawilde Please watch it. It’s filled with love and pain and tenderness and rage and real pieces of my heart. Link in bio. A post shared by  Rainsford (@rainsford) on Oct 23, 2020 at 9:03am PDT

Both LaBeouf and Margaret received massive compliments not just for their incredible acting but also for interpretative dance skills on the music video. It is n doubt they are the perfect talents for the video as they both have broad experience in dance-acting.

Aside from being a versatile actor, LaBeouf also wows the viewers with his impressive dancing skills. The former Disney star previously danced with "Dance Moms" alum Maddie Ziegler for the music video of Sia's "Elastic Heart" in 2015.

Meanwhile, Margaret is an experienced ballerina and was previously nominated for an Emmy for her performance as a dancer in FX's limited series, "Fosse/Verdon."

In a follow-up comment, the 62-year-old actress shared that it actually made her tear up upon rewatching the music video.

"This time, it made me cry. So so Beautiful," MacDowell wrote.

"I'm smiling and crying at the same time, and I'll probably watch it in about oh I don't know I'm sure I'm gonna watch it at least 100 times," she added.

MacDowell also promoted the music video on her Instagram Story, with a caption saying: "Beautiful art made during Covid stirs something inside me, and it's not just because my daughters made it."