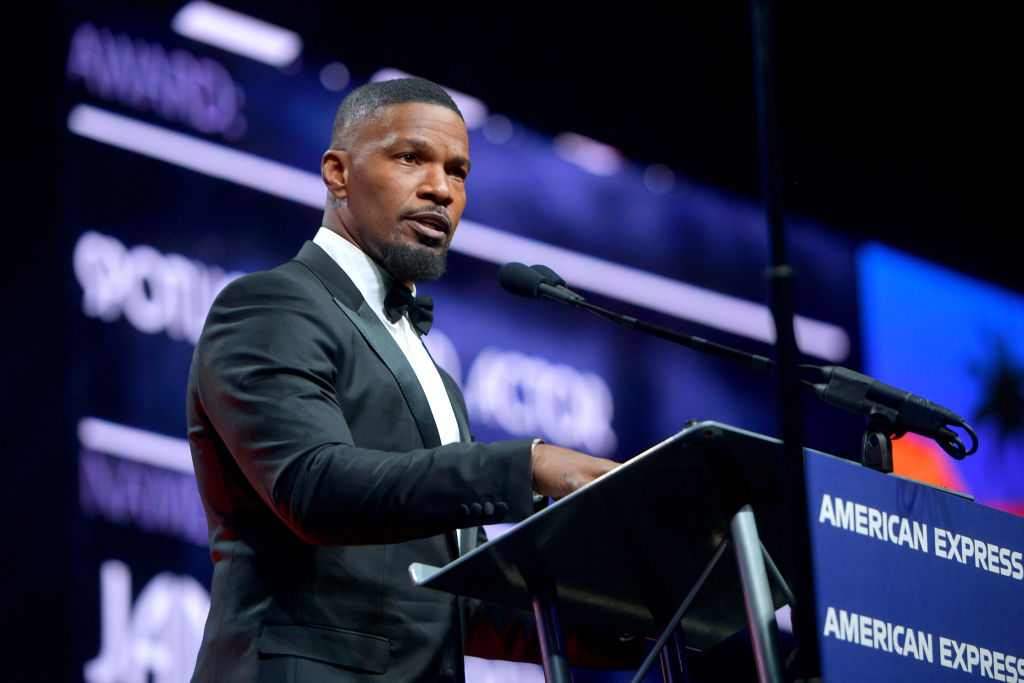 In his most recent Instagram post, the Oscar-winning star shared that her younger sister has passed away at the age of 36.

The "Just Mercy" actor mentioned in a lengthy post that his "heart is shattered into a million pieces" following the death of Dixon, who had Down's syndrome.

"My heart is shattered into a million pieces... my beautiful, loving sister Deondra has transitioned... I say transitioned because she will always be alive... anyone who knew my sis... knew that she was a bright light..." he wrote.

Moreover, the 52-year-old actor recalled the good times with his sister and joked about Chris Brown being her boyfriend.

"I can't tell you how many times we have had parties at the house where she has got on the dance floor and stolen the show... even gave her boyfriend @chrisbrownofficial a run for his money... well I know she is in heaven now dancing with her wings on..."

Foxx also cited how his 36-year-old sister supported him and even danced in the music video for his single "Blame It," which won the Best R&B Performance by a Duo or Group with Vocals at the Grammys in 2009.

In addition, the Golden Globe winner shared his pride for her sister for being the ambassador of the Global Down Syndrome Foundation.

"Tho my pain is unbelievable I smile when I think of all of the great memories that she left me... my family... and her friends... from dancing in the blame it video... to Dancing on the Grammys... And becoming The ambassador to @globaldownsyndrome... from sliding down my stairs with a grin as wide as the rio grand... to serenading us with all of her music..." Foxx added.

Although he admitted that he and their family are in so much pain over the passing of DeOndra,Jamie concluded his post by sharing that they will remember her with her happy memories. He also asked fans to include their family in their prayers.

"Deondra you have left A hole in my heart... but I will fill it with all of the memories that you gave me ... I love you with every ounce of me... our family is shattered, but we will put the pieces back together with your love... and y'all please keep my family in your prayers."

Fellow celebrities took to the comment section to mourn the untimely passing of Jamie's sister.

"So so sorry Jamie. I know how much you loved your sis. She was so blessed to have you. Rest well, Deondra!" multi-award-winning actress Viola Davis wrote.

His "Just Mercy" co-star Michael B. Jordan also expressed his support for Foxx and commented, "Here for you brother! No words can ease what you're going through, but the Jordan's are here for you and your family!!"

Moreover, the foundation said that she will "always" be remembered.

According to her bio, the Dallas native participated in the Special Olympics for more than nine years and later moved in with Foxx and her family in California.

"I am proud of myself. I have a job at my school. I am the Ambassador for the Global Down Syndrome Foundation, and I won the Quincy Jones Exceptional Advocacy Award! I am special," she wrote in her bio.

READ MORE: Happily Ever After: Is Paris Hilton Engaged with Boyfriend Carter Reum?