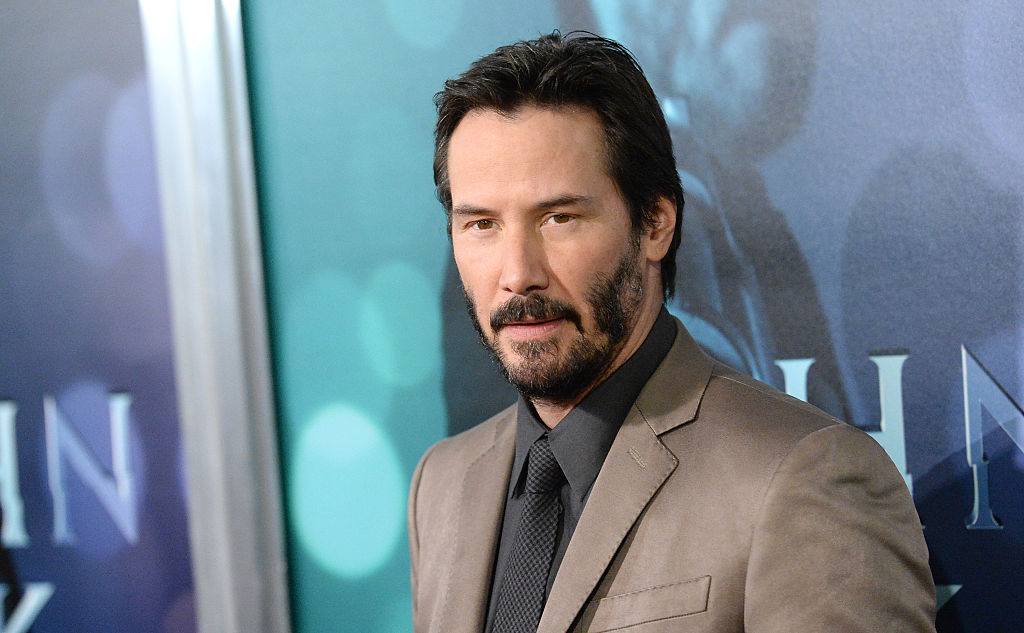 Keanu Reeves ditched his long, shabby hair to complete his "The Matrix" comeback.

Reeves just brought back his "old self" by cutting off his hair and his beard. The filming of "The Matrix 4" is currently underway, and the lead character is doing everything to bring back the old vibes.

For years, Reeves' fans have been wanting to see a clean-shaven Keanu. But his recent movie roles just did not require him to get rid of his unkempt look.

However, the stars aligned and the actor finally gave his fans a full-look of his face!

Last Sunday became a fun day after the 56-year-old actor debuted his new hairdo while on his way to the filming of the new "The Matrix" installment.

He donned a black hoodie and blazer, completing them with lace-up boots and usual jeans.

can we have a moment of silence for keanu reeves' long hair pic.twitter.com/6m4Ykoja7q — dave (@airbagged) October 26, 2020

Now that he does not have a beard and has shorter hair, his fans could not help but express their surprise while trying to contain their feelings.

On Twitter, Reeves' fans left comments about his new hair, welcoming back his character Neo from "The Matrix."

One fan said, "It looks amazing! Probably did it for the matrix."

"That's the Keanu Reeves that I remember ! Both ways ate very handsome! I didn't Recognize him with the long hair and the beard and mustache," another one wrote.

Keanu Reeves' recent transformation is definitely part of the filming of "The Matrix 4," where he will reprise his role a Neo.

Initially, fans set the Keanu Holiday on May 21, 2021 since the sci-fi film and hitman thriller "John Wick: Chapter 4" will debut in theaters on the same day.

However, due to the coronavirus pandemic, they moved "The Matrix 4" release date to April 2022 before moving it back again in December 2021.

"The Batman," "The Flash," and "Shazam 2" all gave way for the new installment, and they will be seen at the big screens in 2022 instead.

Meanwhile, director and co-writer Lana Wachowski assured that the new film will offer the same feeling but a different storyline.

"Many of the ideas Lilly and I explored 20 years ago about our reality are even more relevant now," she said. "I'm very happy to have these characters back in my life and grateful for another chance to work with my brilliant friends."

Aside from Keanu Reeves, Carrie-Anne Moss and Jada Pinkett Smith will also return to the big screen through the franchise.

Meanwhile, the lead star delivered an exciting update in an exclusive video he recorded for Associated Press.

"Everyone loves the project and if you're ever going to get in a situation that needs to be figured out...show business people are the best," Reeves detailed. "It's a great honor and I'm grateful to be working."