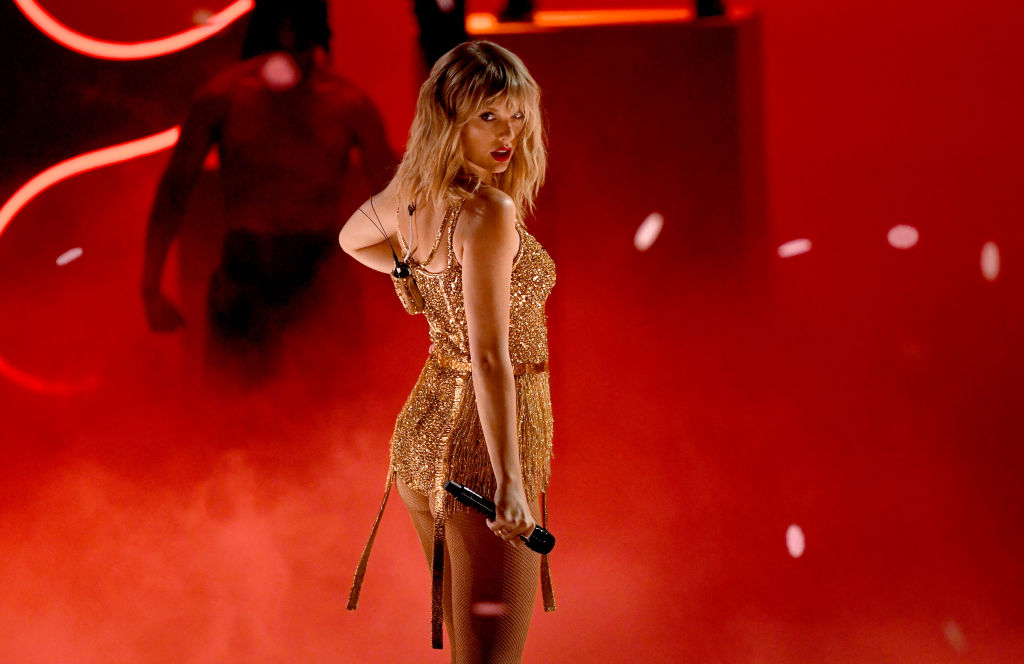 Taylor Swift took a trip down memory lane as she spoke about her most unforgettable albums of all time.

Following her debut in 2006 with her first single "Tim McGraw," the Pennsylvania-born songstress has been widely recognized with her chart-topping tracks and songs fueled by her experience from previous relationships.

After more than a decade, the 10-time Grammy Award winner discussed her 2012 album "Red," which she calls her one "true breakup album."

"Every other album has flickers of different things," she mentioned in the Rolling Stone's 500 Greatest Albums podcast teaser, adding: "This was an album that I wrote specifically about a pure, absolute, to-the-core heartbreak."

Some of her famous songs included in her fourth studio album are "State of Grace," "Everything has Changed" (featuring British singer Ed Sheeran), "All Too Well," and "We Are Never Ever Getting Back Together"--which was rumored to be about her ex-boyfriend Jake Gyllenhaal.

Is Jake Gyllenhaal Behind Her Song?

The news came after Us Weekly (via Hollywood Life) reported that the heartbreaking track is "definitely about Jake [Gyllenhaal].

Moreover, fans were able to decode her video which started off with a guy wearing a navy blue jacket. Eagle-eyed fans claimed it is quite similar to the "Brokeback Mountain" star's vest that he wore in one of their dates.

In addition, some also pointed out that the scarf that Swift's boyfriend gave her in the video is identical to the one the blonde beauty was photographed wearing during her date with the Hollywood actor.

However, in her previous interview with "Nightline," the multi-awarded pop star detailed the inspiration behind the controversial song.

The 30-year-old singer shared that one of her ex-boyfriend's close pal visited her in the studio and mentioned he had heard they were getting back together.

Now, Taylor Swift's army of fans flocked to Twitter as they are all conceived that the "Nightcrawler" star is behind the controversial song.

"I'd like to thank Jake Gyllenhaal for breaking Taylor Swift's heart because red really is her best album," a fan wrote.

Meanwhile, an individual thanked Gyllenhaal for helping Swift pen a magnificent track: "I'm v glad Taylor swift dated Jake Gyllenhaal cuz we are never getting back together was a gift."

Rumors sparked that the "Blank Space" hitmaker is dating the BAFTA winner in 2010 after they were photographed lounging by the pool and getting ice creams at McConnell's in Big Sur, California.

Unfortunately, their whirlwind romance ended in March 2011 because of their age difference. Moreover, at the time, the actor was reportedly not ready to commit to a serious relationship, per Us Weekly.

"Jake just told her it wasn't working out," a source told the publication. "Taylor is really upset and hurt. She doesn't know what she did for him to put a stop to it. She feels really burned by him."